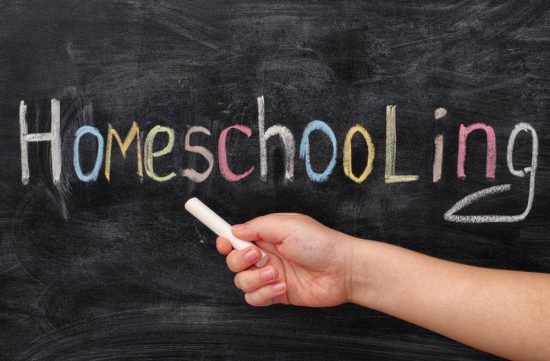 Although some of the best educational institutions in the United States can be found in middle-class neighborhoods across the country, there is a quiet swell of parents opting to homeschool their children instead. The public school system has its flaws, from underfunding that results in a poor education to a lack of control over the curriculum. As a result, a growing number of parents are removing their children from public and private schools in favor of homeschooling. In fact, the number of children actively being homeschooled in the U.S. doubled between 1999 and 2012 from 1.7 percent of school-aged children to 3.4 percent. What is driving this shift in the popularity of homeschooling?

1. Fresh Views on Homeschooling
Modern Americans struggle to wrap their heads around the fact that just over a century ago, most school-aged children in the U.S. were homeschooled. Children across the country were homeschooled at least through elementary school in an era before public schools were as ubiquitous as they now are. More importantly than that, recent decades have seen the federal government adopt a positive view of homeschooling. It is now legal to homeschool children in all 50 states, and a growing number of states are striving for greater outreach to homeschooled children.

Twenty-eight states in the country allow homeschool children the chance to access interscholastic sports in public school districts. Another 15 states are currently considering laws that would allow students who are homeschooled to participate on sports teams at their local public schools.

This is combined with changing views of homeschooled students beyond the K-12 system. In 1998, federal laws changed to provide funding eligibility to homeschooled students looking to get into colleges and universities. Employers and the military branches of the United States Armed Forces also look more favorably on homeschooled children than in the past.

2. Changing Attitudes
The changing environment in many of the nation’s public school districts and private or charter school systems has led many to reconsider the value of homeschooling. It was once viewed as something that only deeply-religious families would pursue. However, in the digital age where bullying and cyberbullying are rampant in some school districts, homeschooling is gaining popularity.

Bullying and cyberbullying not only cause emotional and physical distress for students, but these issues also hamper academic growth and success. There are, however, a number of other reasons that people now view as acceptable for pulling a child out of public school in favor of homeschooling. These include, but aren’t limited to, better educational opportunities for students who have learning disabilities, chronic illnesses, and those with mental health conditions. For other families, the flexibility of homeschooling is simply easier to adapt to. For example, military families are constantly changing duty stations, so they have found success with the flexibility and consistency that online school offers.

3. Reliable Resources
One of the biggest drivers in the rise of homeschooling has been the growth in academic resources. The growth of the Internet and better access to the web has resulted in many different resources opening up to parents who want to homeschool their children. These programs include specialized coursework for elementary school children (PreK-5), middle school children (6-8), and high school children (9-12). Parents can browse the requirements for students to complete each grade and access great resources that allow them to easily guide their children through their academic careers from one year to the next without any sacrifice in the quality of the education the student receives. There are also awesome services such as Mastery Genius that help your child learn at their own pace instead of the pace of an entire classroom. The idea of mastery-based learning ensures that your child actually knows a subject before moving on – something that is rarely possible in normal classrooms.

5. Greater Control over Academics
Finally, divergent opinions and beliefs among parents have driven more families to abandon public and private schools in favor of homeschooling. At best, parents have minimal input in a public school systems curriculum. State educational boards, local school boards, and state/local government entities have more control in selecting the curriculum taught to students in public school districts. Parents can provide input via board meetings and curriculum nights, but districts are under no obligation to act on that input. In private school settings, parents often have even less say on the curriculum.

Contrast that with homeschooled settings where parents have direct control over the courses their students complete. Certain programs give parents all the tools needed to not only select the coursework their students follow at home, but also set and track weekly goals, monitor progress, and instantly view score reports.

While each family has its own reasons for opting to homeschool children, it is clear that homeschooling is a trend on the rise in the 21st century. As more families experience the flexibility of homeschooling and witness the success of students, the numbers are likely to continue growing.