There’s no need to keep these Yarn-Wrapped Articulated Cardboard Sharks to just Shark Week. They’re such a great craft all summer long. And while I notice many are already in back to school mode, which admittedly is coming soon, there’s still a lot of summer left! 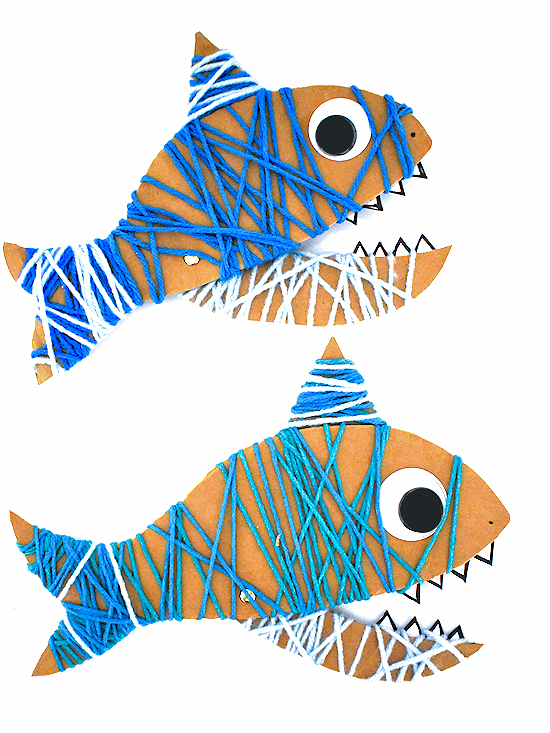 Our Yarn-Wrapped Articulated Cardboard Sharks craft has all the makings of a great shark. Pointy dorsal fin, beady black googly eyes, sharp jagged teeth, and a large mouth to chomp whatever gets in its way. Which is really what makes this shark craft so much fun! Move the shark’s mouth and chomp, chomp, chomp a la Jaws. 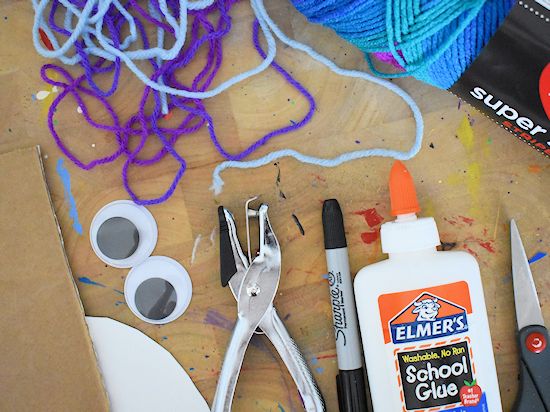 For our Yarn-Wrapped Articulated Cardboard Sharks craft you will need sheets of cardboard. We simply used the flaps from a diaper box. You’ll also need large googly eyes, brass fasteners, a single hole punch, scissors, glue, white cardstock, and a black sharpie. Then, to wrap the sharks up, you’ll need some fun yarn in varying shades of blue or go crazy with purples and pinks. We used a skein of multicolor yarn for the main body of the shark and a lighter blue for the mouth area.

Begin by cutting a shark shape out of a piece of cardboard. 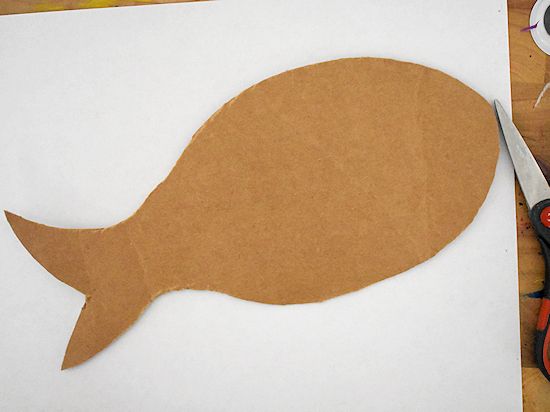 This doesn’t need to be exact. Simply cut an oval shape with a tail fin. 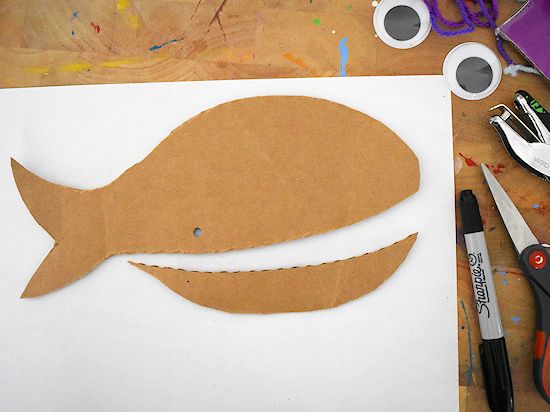 Cut across the shark piece directly under the tail fin for the mouth. 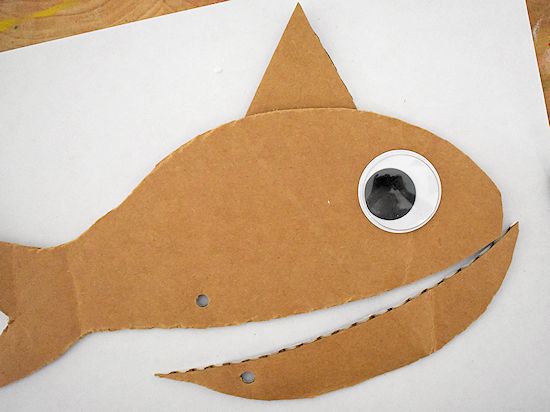 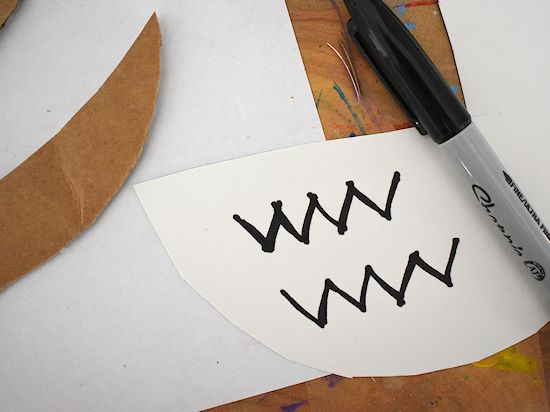 With the black sharpie, draw 4 triangles for jagged teeth on a scrap piece of white cardboard. Do for both top and bottom. Cut out. 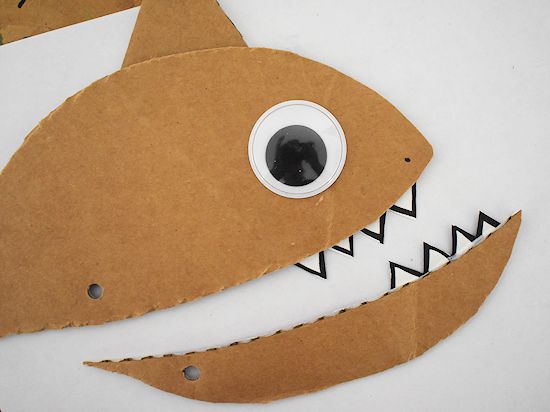 Glue in the mouth. 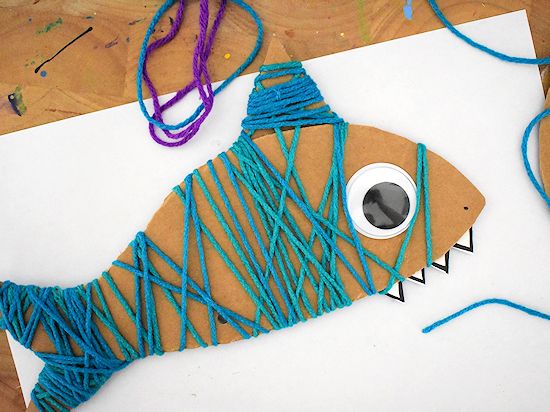 Now begin wrapping the pieces with yarn. Tape or tie the ends in place. We used a multicolor blue/green/purple yarn for the main body. 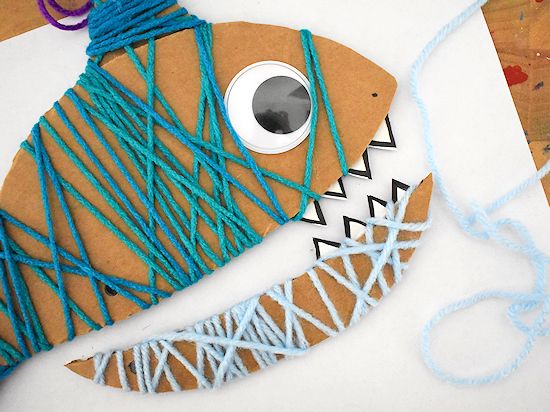 With a light blue yarn for the underneath and mouth area. We found that a lighter wrap works best for the mouth movement and we preferred the way it looked, too. Then we did just a few wraps of the light blue around the fins for detail. 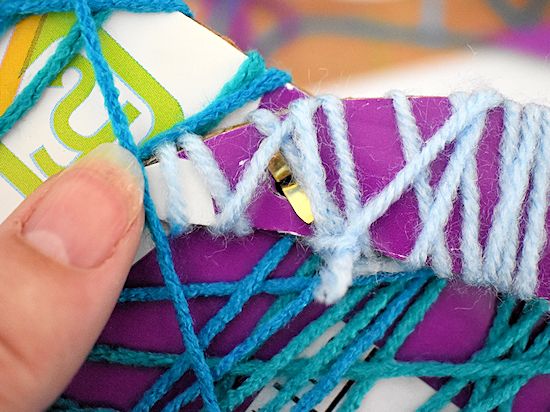 Insert a brass fastener into the hole punches to attach. 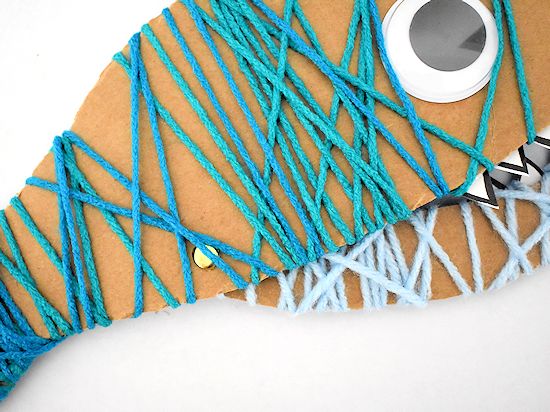 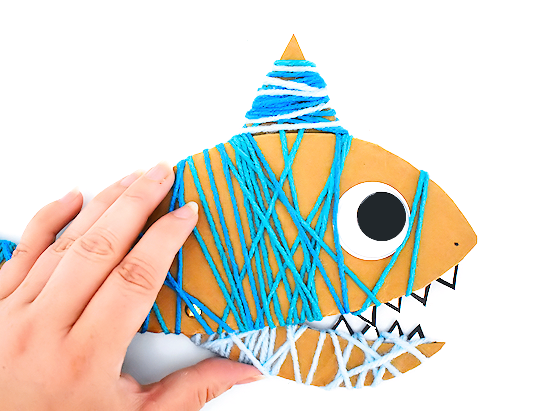 Now that is a fun shark craft, I have to say! What will your shark chomp today? Be sure to find many more fun shark crafts as well as more summer craft ideas at Our Kid Things! 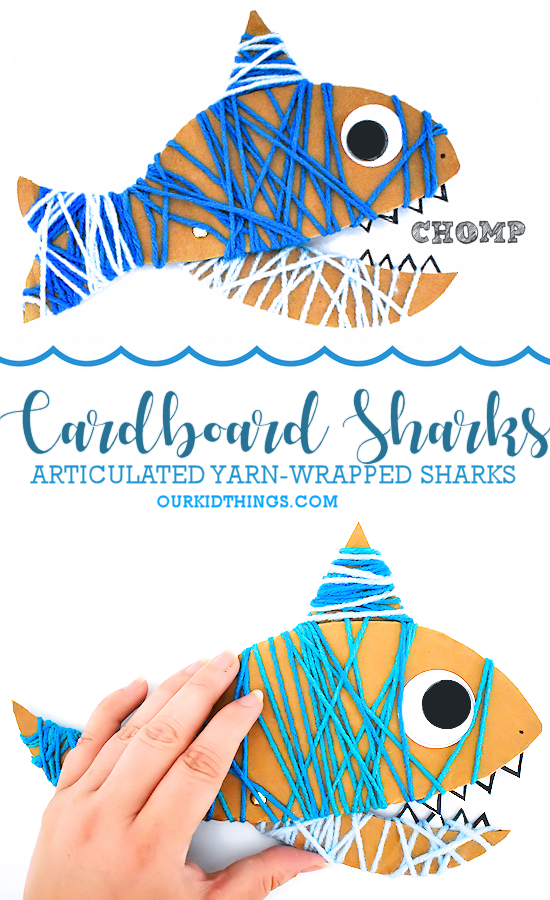