Some of the most inspiring traits of my children, and really children in general, is their sense of creativity and imagination. For instance, just the other day my son cut out a rectangle of paper. In it, he colored in all kinds of blues and greens to represent the ocean. Then, he made a shark fin, attaching that shark fin to a skewer stick. This was his own imagination at work with no direction from me. It was an entire “Jaws”-like scene. 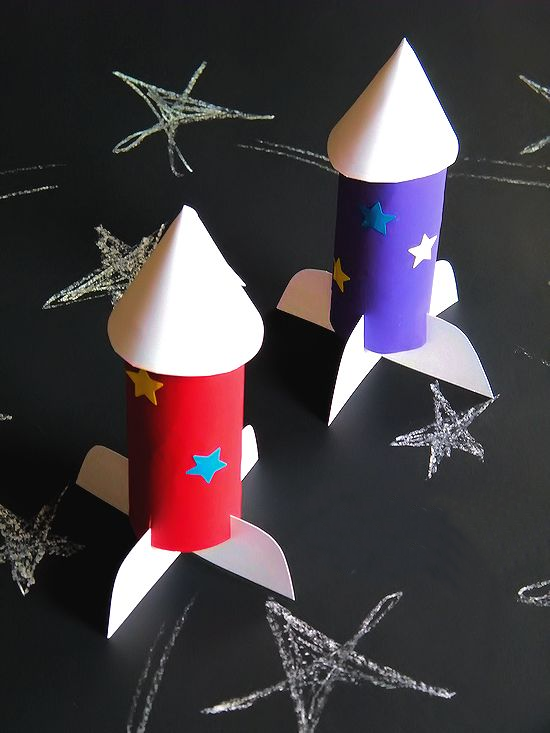 To further your child’s creativity, it’s great to know that there are experiences out there like Galileo and their creativity camps tailored to every age level from pre-k to 8th grade. Since 2002, Galileo has been encouraging a new generation of innovators by teaching kids to explore, make mistakes and create without fear.

Camp Galileo is available for kids pre-K through 5th grade. There, campers take on art, science, and outdoor activities tailored to their level. For the older kids, there’s Galileo Summer Quest. At Galileo Summer Quest, kids entering 5th grade through 8th grade can choose from 13 immersive majors, each confidence-building, collaboration-packed session gives them an opportunity to realize their personal vision in a new inspiring subject. Campers make short films, engineer catapults, whip up inventive dishes, design custom video games, and much much more.

Did someone say video games? My oldest son’s ears just perked up. 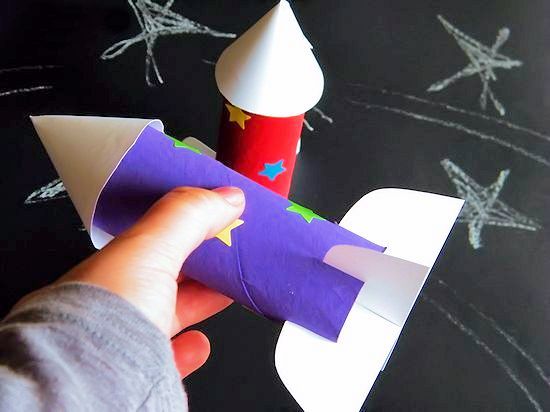 Every year, Camp Galileo introduces new themes that are meant to inspire those budding innovative mind. Taking inspiration from Camp Galileo’s 2016 Space Explorer’s theme, my kids and I set about to make these fun Cardboard Roll Rocket Ships.

These Cardboard Roll Rocket Ships are so fun and a great way to teach kids about space and astronomy while inspiring our future astronauts. We played with our rockets against a black starry chalk background, but you could always take it a step further by mapping out actual constellations. Paint the rockets in red and blue for a great Independence Day craft, too!

First, paint your cardboard roll in the colors of your choice. Bright colors are best against a dark, starry background. 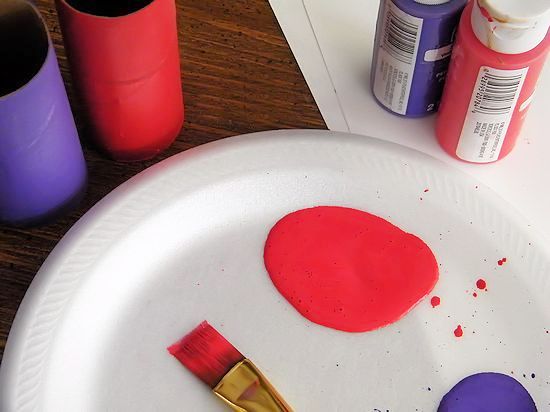 Once your cardboard roll is dry, snip the bottom in 4 equally spaced places about half an inch up. Take your white cardstock and cut a rounded rectangle to a size suitable for your rocket, then cut it in half lengthwise. Snip one in the middle coming from bottom, another coming from top so they fit together. Slide the pieces into the cuts on the cardboard roll. 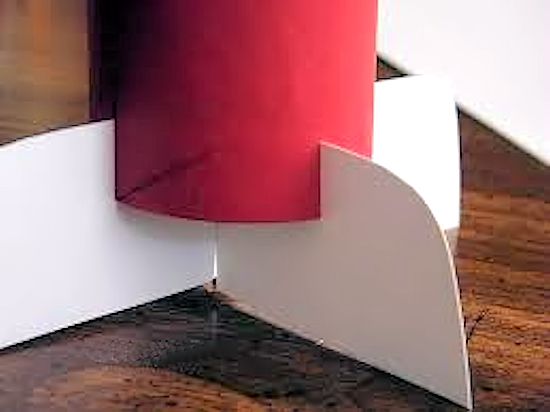 Make a small cone, again from the white cardstock. Tape the end closed. Snip off excess around the bottom so it’s even. 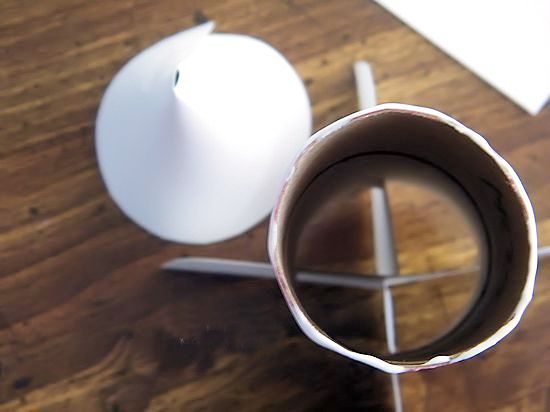 Apply a line of glue around the top of the cardboard roll and position cone in place. 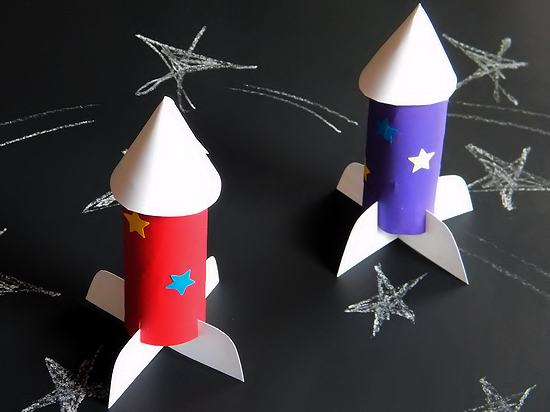 Decorate your rocket with star stickers. To further set the scene and make it a fun learning experience, get a large black board and draw stars and space and even real life constellations! 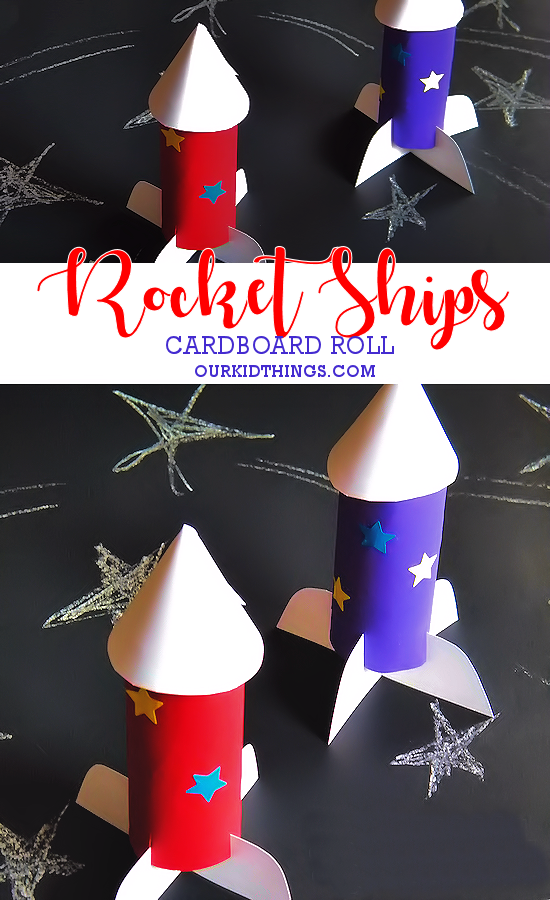