Money management is a part of being an adult. It’s a part that I’m still trying to figure out completely, actually. My parents were great at a lot of things growing up, but they mostly kept me out of the financial loop. Thus, it took awhile for me to learn how to budget and just be a grown up about life’s responsibilities. 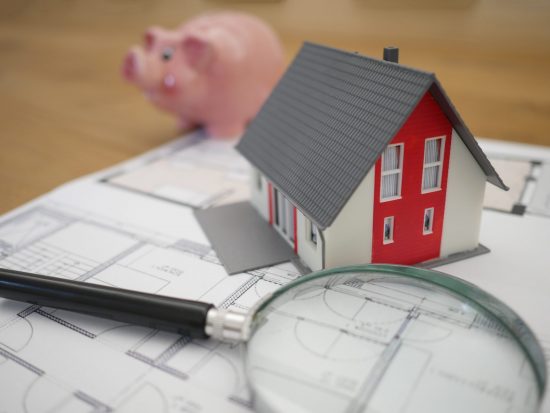 And isn’t that just part of life’s joke. You get a job, put a little in the bank, and think it’s time to go buy that sweater you’ve been eyeing or the shoes that are simply calling your name. Except there are bills to pay, and auto repairs, medical expenses, and all kinds of things that just aren’t fun.

Before your adult self gets in too deep, though, it’s always a good idea to take a step back. Look at your situation with your eyes wide open. And, if that still doesn’t do the trick, you can use part of that hard-earned money not on a sweater, but on a financial consultant. With a new set of eyes that aren’t still drooling over those expensive shoes. So that maybe, after life’s responsibilities are taken care and the savings is growing, it won’t hurt so much to splurge on a little something now and then. And you might have some left over for retirement, too.

Retirement? I know we’re in adult territory, but how did we get to retirement? It comes up faster than you think. Not that I’m personally there yet, but it’s definitely something I’m thinking a lot more about now. Though I should have been thinking about it and planning for it a long time ago.

I’m hoping my kids don’t have to learn from my mistakes. It’s important to teach kids the value of a dollar, and the hard work it takes to earn it. My kids are still in the stages of wanting video games, guitar pedals, and new sweaters. My 16 year old son hasn’t even mentioned wanting a car, yet. But when he does, I’ll make sure he knows the hard work it takes to save up for what he wants. Because you can bet he’ll be working for it. 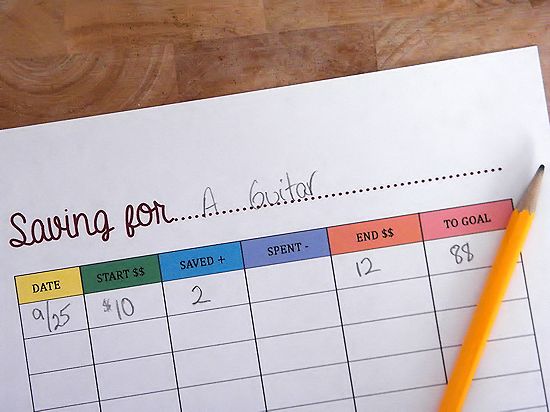 For those occasions when the kids are trying to save up for that special item they’ve been wanting, I made a Saving For Kids Money Ledger Printable. This printable has enough spaces for kids to write what they’re saving for, how much they’re saving, what they’re spending, and how much more they need to save to reach their goal amount. There’s also a space for kids to brainstorm how they can earn more. So whether that’s through chores, mowing neighbors’ lawns, cash for good grades, or any other way to help out, kids can get a taste of the adult responsibilities they have to look forward to.

I wish my own parents took the time to teach me more about saving and spending, and not overspending. It’s a lesson to learn, though. Thankfully, there is help out there to get those who may not be on the right path, back on track. Now, who’s up for a new pair of shoes?