Get your broomsticks ready for this bewitching Craft Stick Flying Witch Craft! 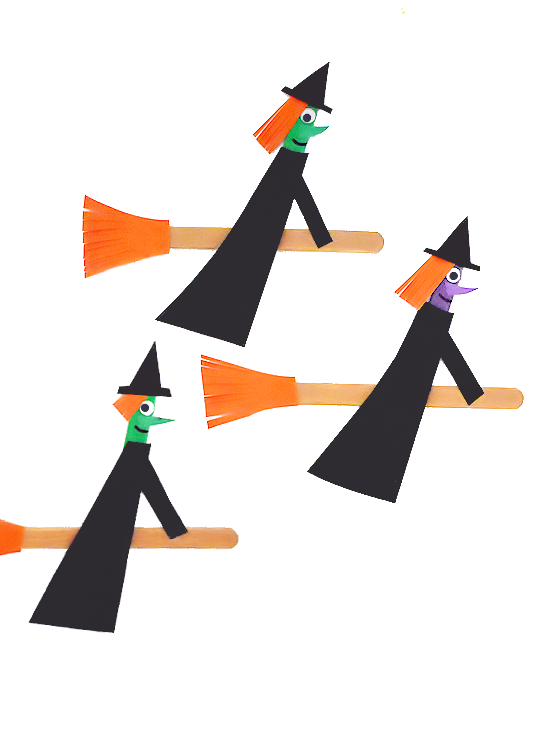 What was your favorite costume when you were a kid? I dressed up as a clown quite a few times. I remember being a pirate. Most years, though, I simply raided my parents’ closet and put together a look from what I found. They had a lot of fun, 70’s fashion still hanging around so it was a fun chance to dress up. Which is what Halloween should be. My very favorite costume, though, was when I dressed as a witch for a middle school dance and costume contest. I almost won. I should have won. 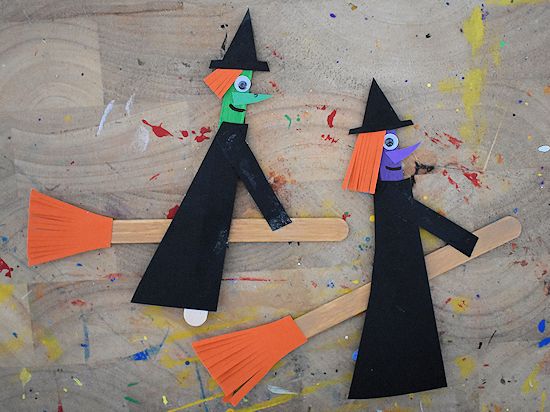 Our Craft Stick Flying Witch Craft is sure to cast a winning spell on you, though. 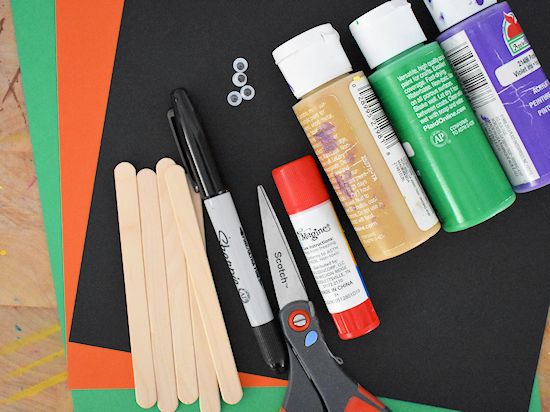 For this Craft Stick Flying Witch Craft you will need 2 regular craft sticks per witch, cardstock in green, purple, black, and orange, paint in green, purple, and brown, as well as small googly eyes, a black sharpie, scissors, and glue. 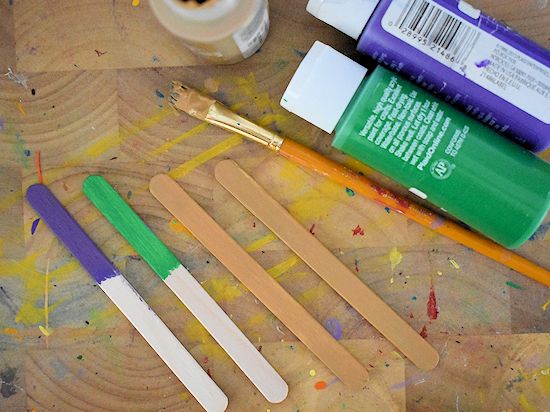 For the witch craft sticks, paint only about the top ¼ either green or purple. The broom sticks are painted all brown. 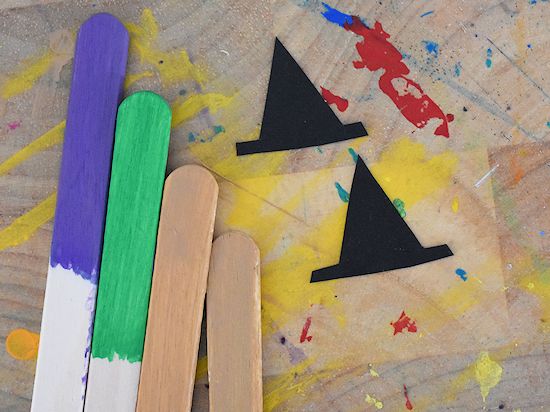 Now, cut the pieces of cardstock for the witch. For the hat, you’ll need triangles of black cardstock with a brim. Either make triangles and cut the brim in so it’s all one piece, or do it two pieces with a very thin rectangle glued to the bottom of a triangle shape that fits the craft stick. 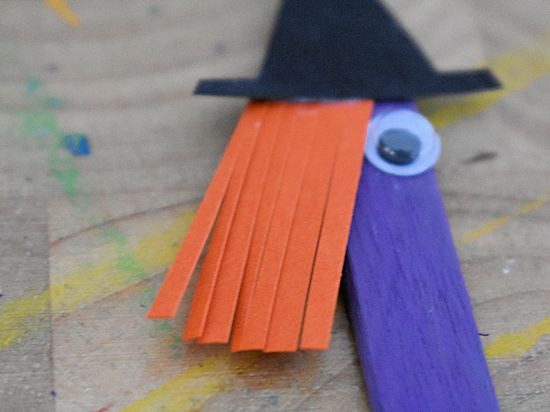 You’ll also need hair for the witch. For this, cut a small rectangle of orange cardstock. Make sure it’s small enough to fit at the top of the craft stick and behind the hat. Then make slits in the cardstock. 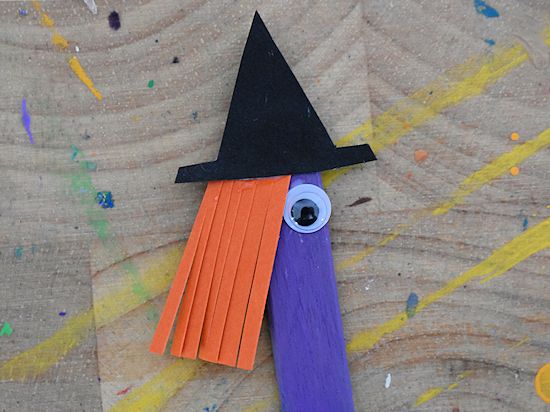 Glue the hair piece to the top of the craft stick. Glue the hat on top of the hair. Now, adhere a small googly eye under the hat. 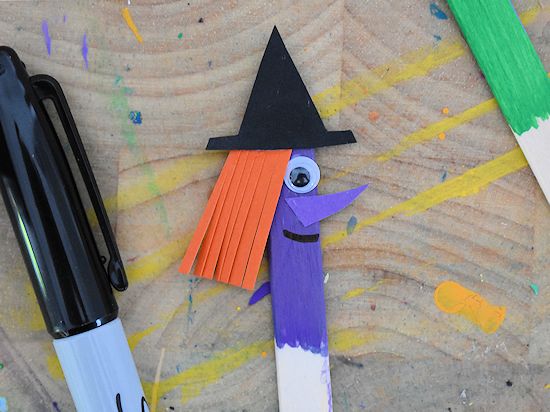 Cut a long, thin triangle from the same color cardstock as the paint you used. Green witch, green cardstock. For the nose. Glue in place. Also draw a simple mouth with the black marker. 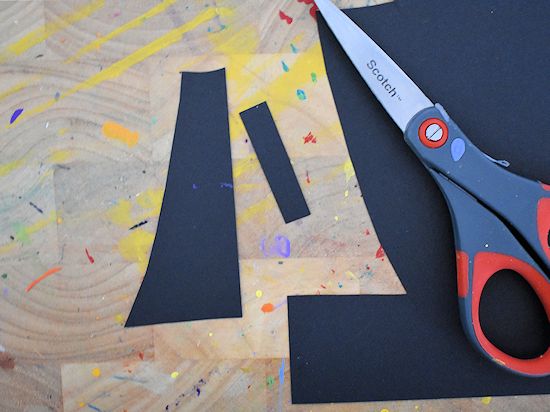 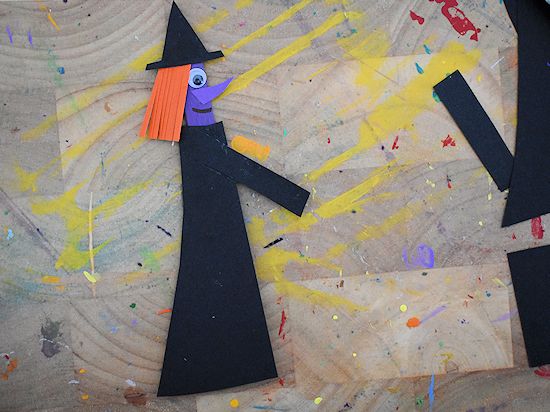 Glue all in place, with the arm positioned down. 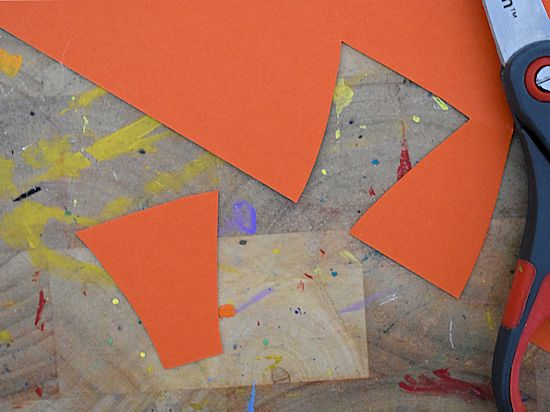 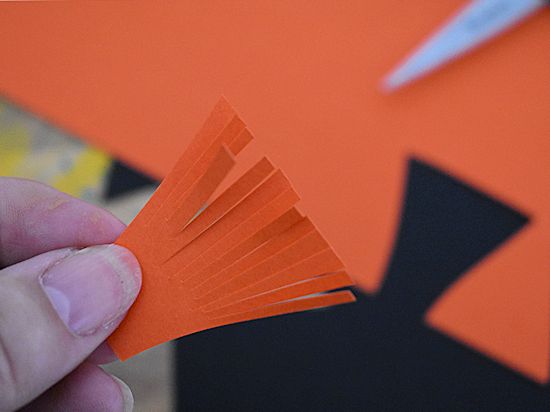 Next, cut a smaller bell-shaped rectangle for the broom bristles from the same orange cardstock as the hair. Cut slits. 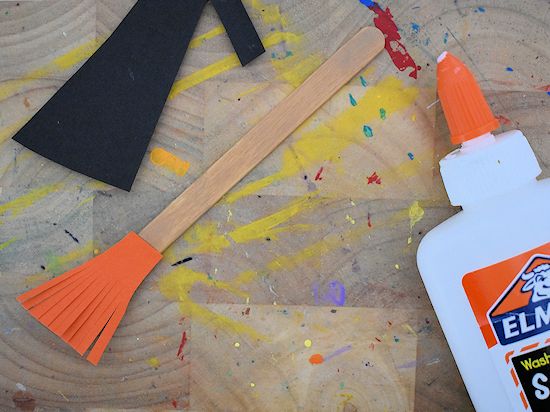 Glue to the end of a brown craft stick. 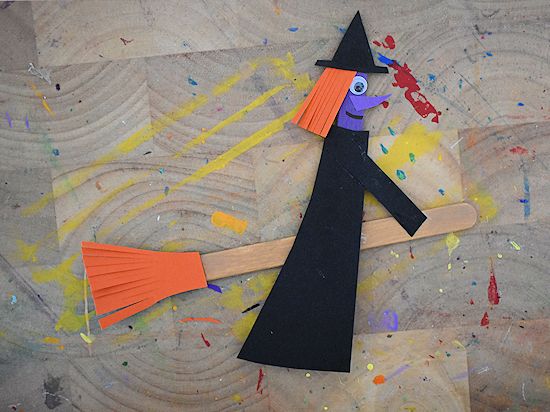 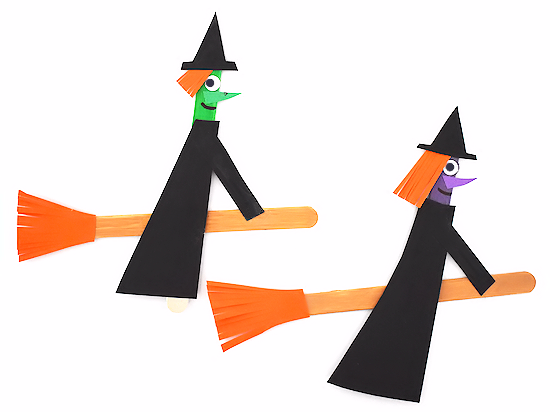 Be sure to check out more of our fun Halloween craft ideas at Our Kid Things! 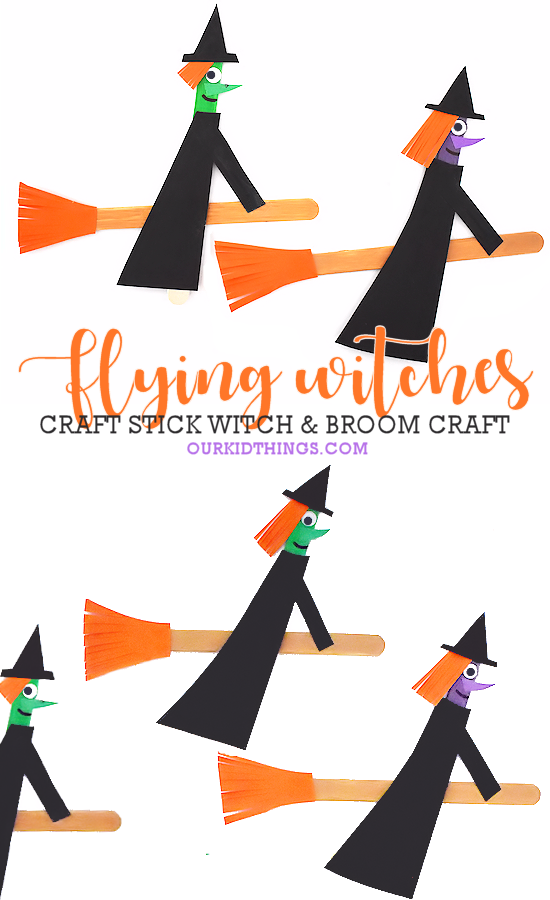