Arrr matey! This super fun Craft Stick Pirate Craft is a great summer craft or a fun craft to make for Talk Like a Pirate Day on September 19! 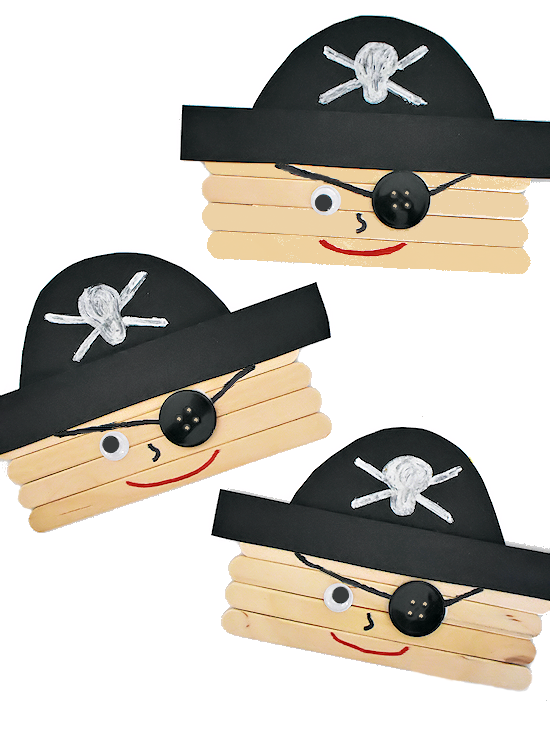 What I love most about this Craft Stick Pirate Craft is just how easy it is to make. There’s nothing fancy here. You can’t help but think they’re really fun, though. One of my favorite features is the black button for the pirate’s eye patch. Because every good pirate needs an eye patch. And a shoulder parrot. And a wooden leg. But this pirate craft stops at the eye patch. 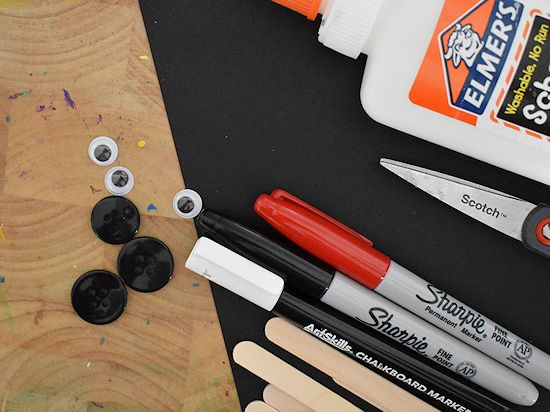 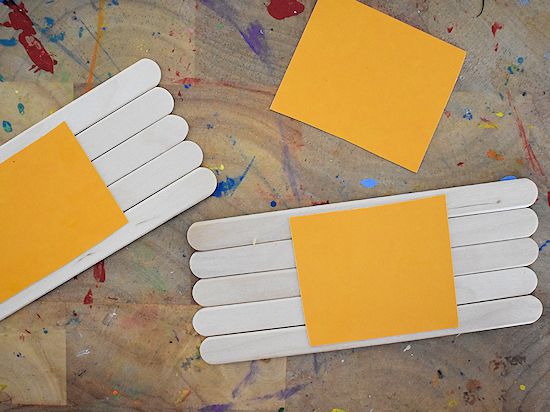 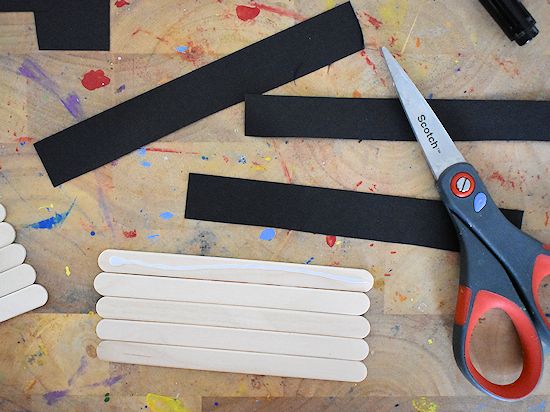 Cut a strip of black cardstock the length of the sheet. Fold in half and cut. Glue one half to the top of the craft sticks. Use the other half for another pirate. 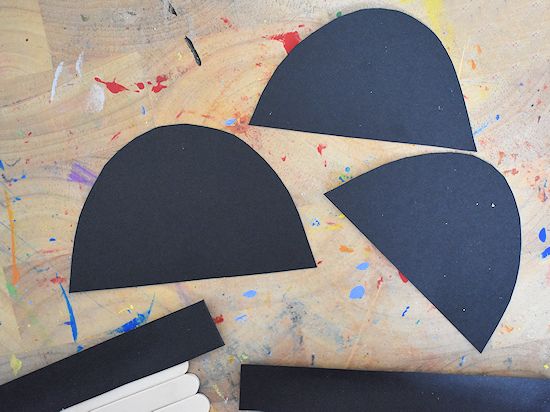 Also cut a half circle shape from the black cardstock. 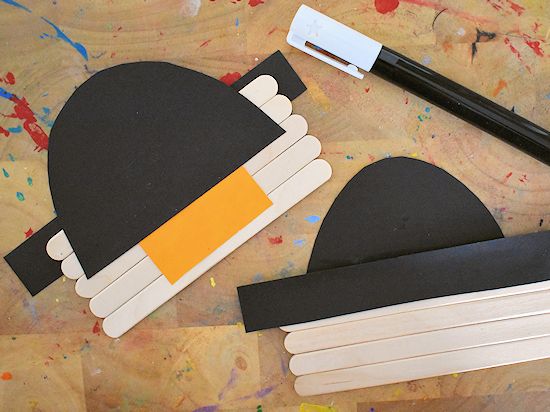 Glue this to the back of the craft sticks. 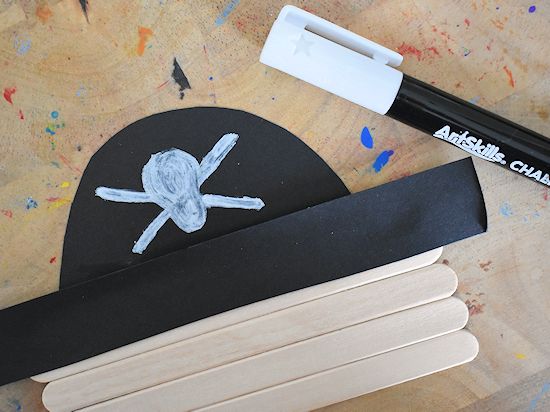 With a white marker, draw a skull and crossbones. An X with an oval on top works just as well. 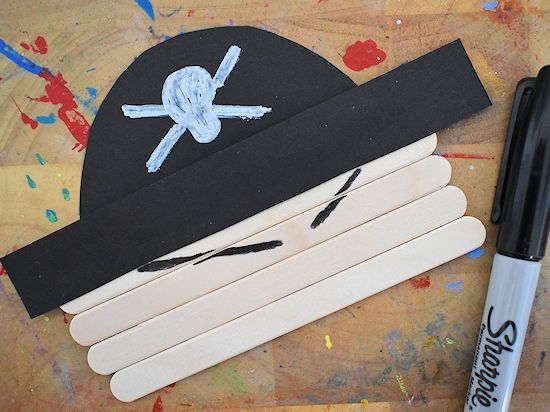 Use the black marker to draw a line from one side of the hat to where one of the pirate’s eyes would be. Draw a line going to the other side, like it wraps around.

Glue a black button where the lines meet. On the other side, glue a googly eye just below the line. 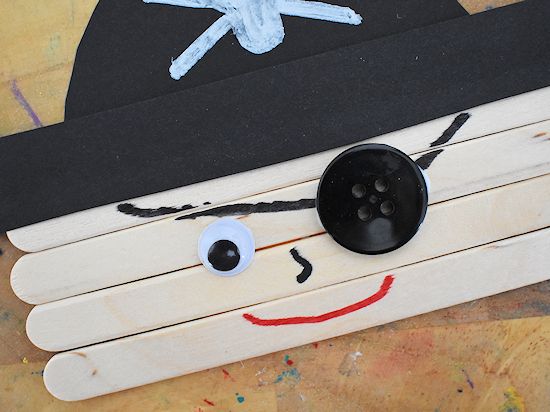 Also draw a nose with the black marker. And finish by drawing a mouth with the red marker. 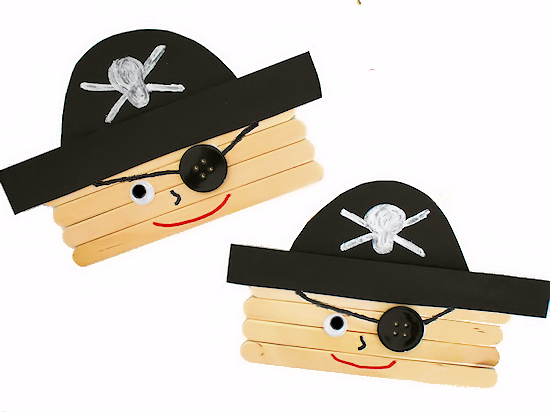 Because every pirate needs a ship, be sure to check out our Nature Stick Pirate Ships Craft! And find so many more fun summer craft ideas at Our Kid Things! 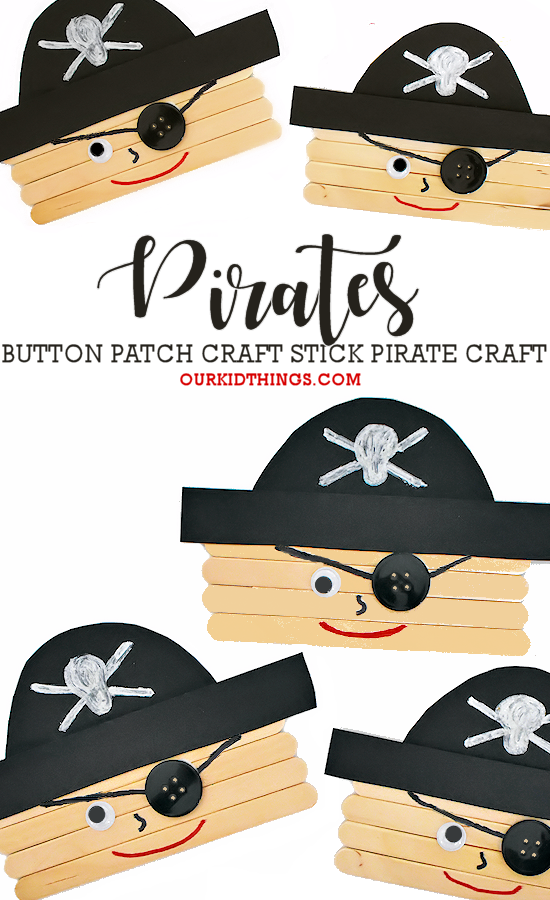