I have to say, I rather love these Craft Stick Sheep. I love their big, wacky eyes. I love their bushy mounds of wool. I love their little legs. And they’re really so simple to make, starting with a craft stick triangle. 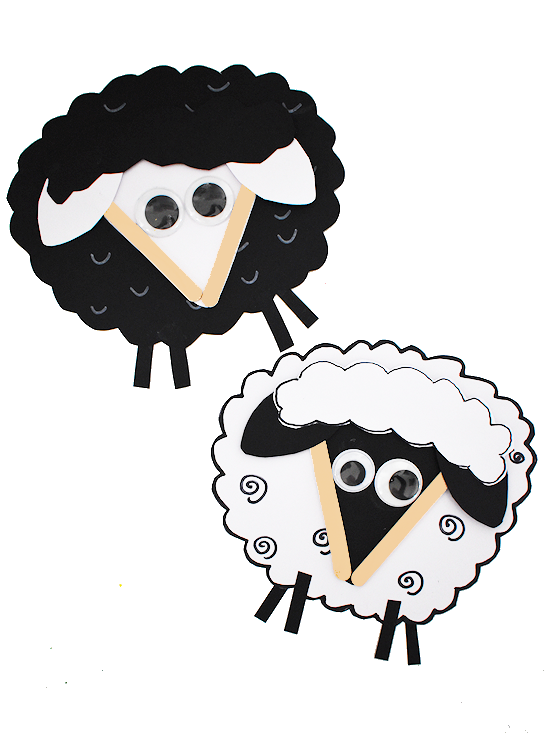 We had an afternoon of craft stick crafts recently. We made this Handprint Spring Chick Craft, as well, at the same time. That one super colorful, this one black and white. There’s something here for everyone! 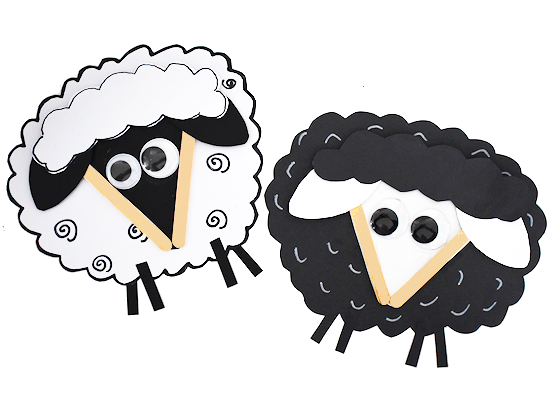 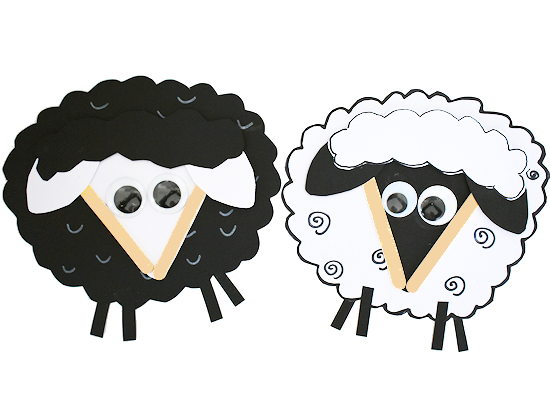 If you’re looking for more sheep crafts, we have those, too. There’s our Fingerprint Sheep Craft and this printable Sheep PomPom Craft. 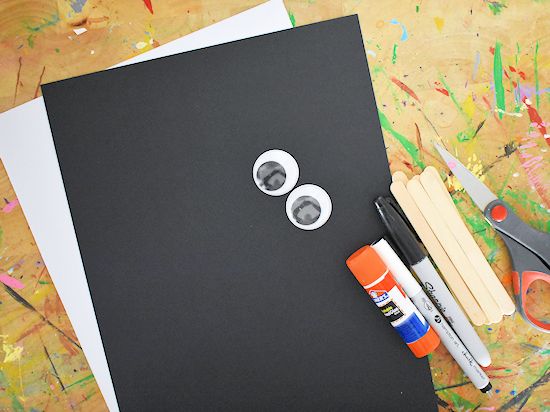 In the below tutorial we’re showing the white sheep, but both black and white sheep are made the same, just swap black for white and white for black. 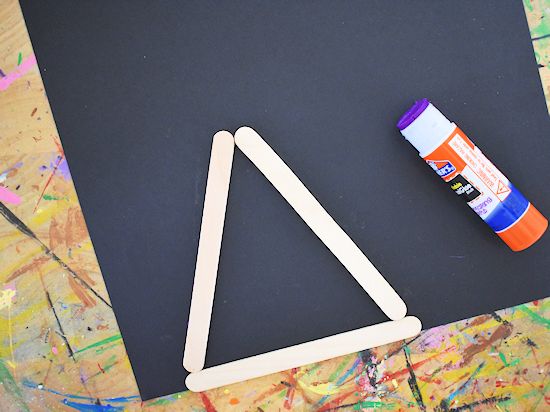 For the white sheep, begin by gluing 3 craft sticks in a triangle shape on a sheet of black cardstock. 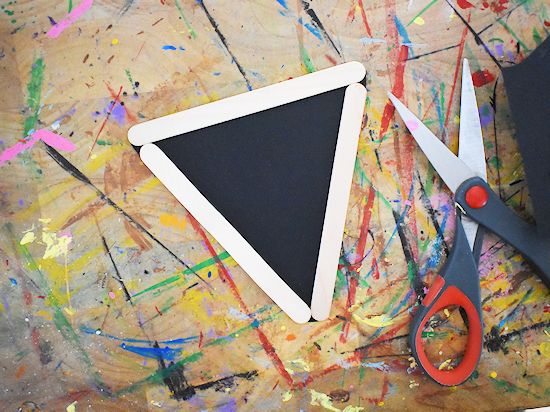 Once the glue has set, trim away the excess paper around the craft sticks. 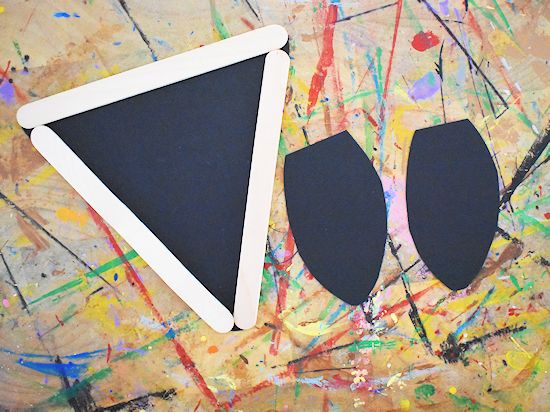 Also cut two large petal like shapes from the black paper for ears. 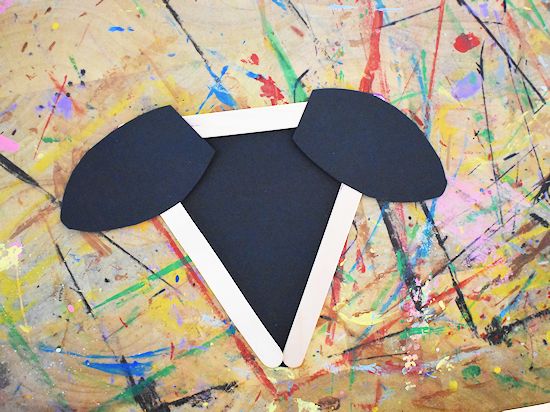 Glue those in place on both sides of the flat top of the triangle. 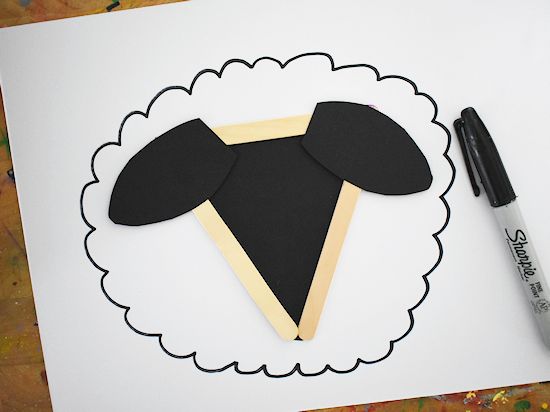 Now place the triangle on a sheet of white cardstock. Draw a circle of wavy lines with the black sharpie all around the triangle. 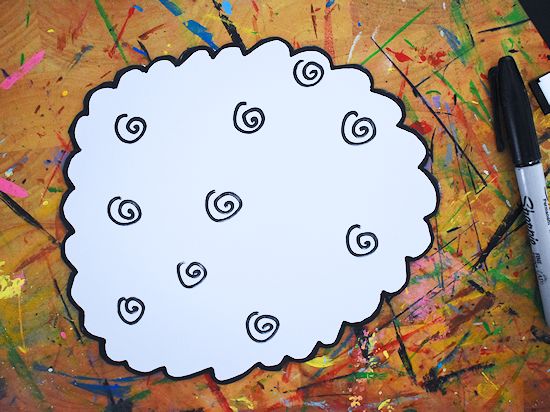 Cut out along the wavy lines. Also add swirls with the black sharpie. 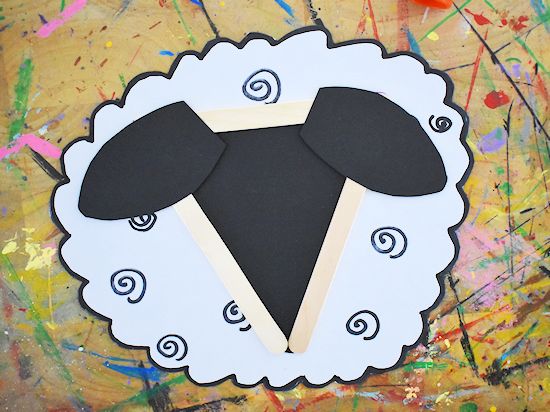 Then glue the triangle to the center of the wavy circle. 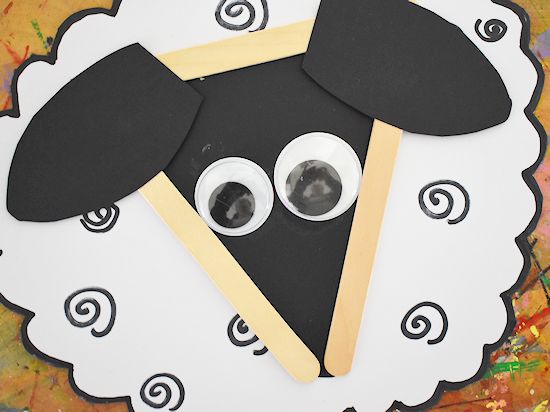 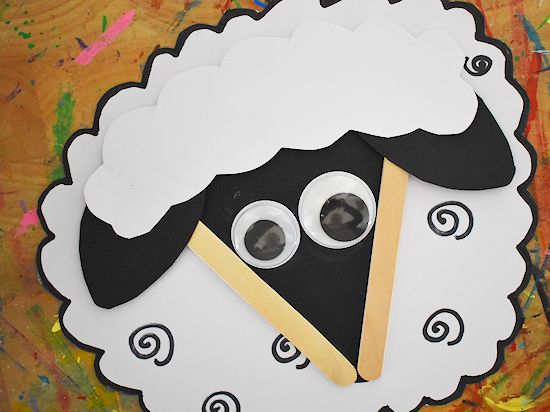 Next, cut another smaller wavy strip from the white cardstock to the fit over the top of the triangle. Glue in place above the ears. 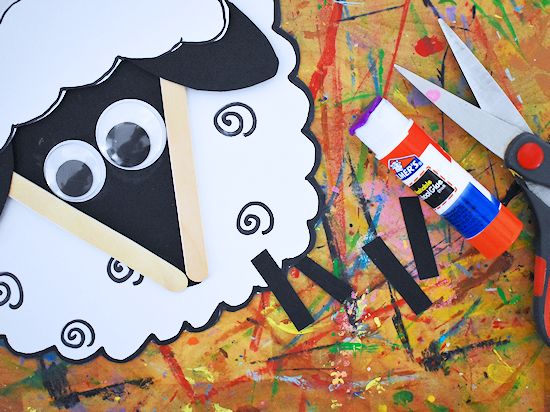 And snip 4 small strips from the black cardstock. Glue in place for legs. 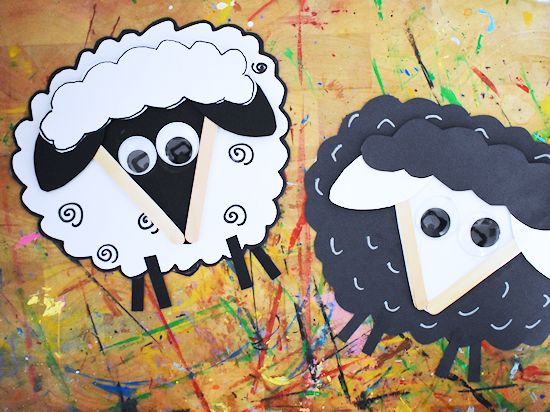 Do the same for the black sheep, but swap a white face and black wool. Also use a white marker to make detail loops in the wool. 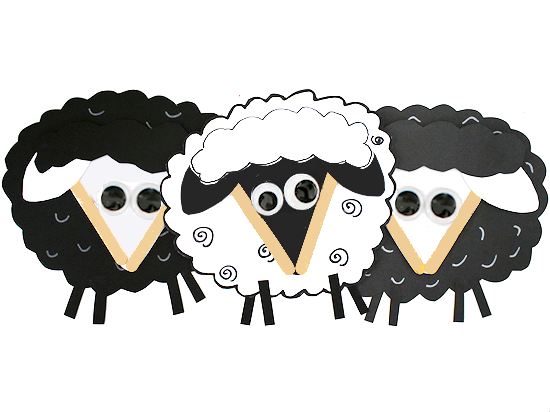 We hope you love these sheep as much as we do! And, check out more of our fun Easter crafts at Our Kid Things! 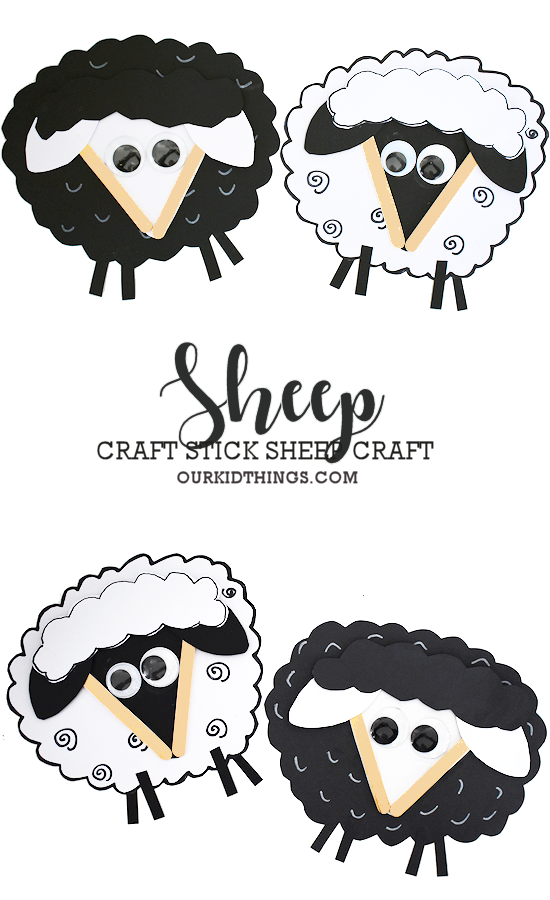