To know me, is to know that I love cupcakes. There are many other things that you can make with cupcake liners, though. Now crafts may not be nearly as tasty, but they’re definitely fun. Like this Cupcake Liner Dragonflies Craft made on note cards. 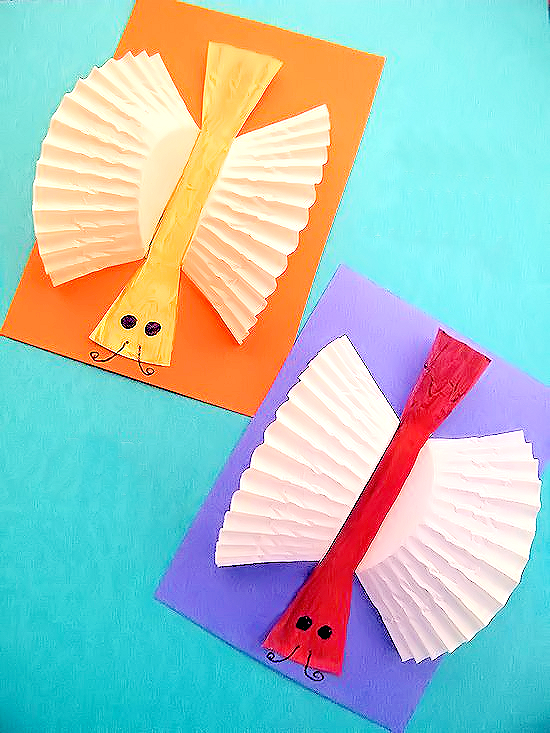 Cut your cupcake liner so that the wings and body separate. Use the lines on the cupcake liner as your guide. I cut one line, skipped 3, then cut again. Do the same on the direct opposite side. 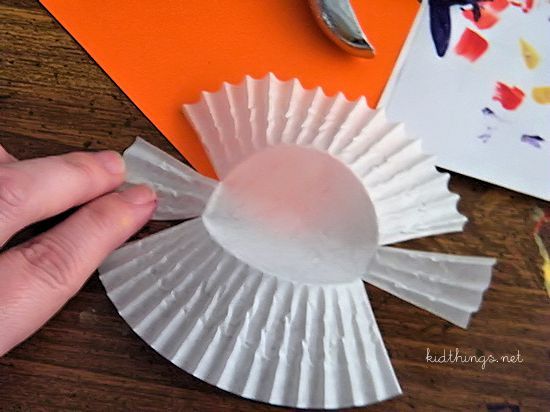 Paint the body of your dragonfly, which would normally be the bottom of the cupcake liner.

When that dries, glue your dragonfly onto a notecard. We left our tails unglued, because I liked the way it rose off the card. Dip the end of your paintbrush in dark paint and make dots for eyes. Draw on antennae with your pen. 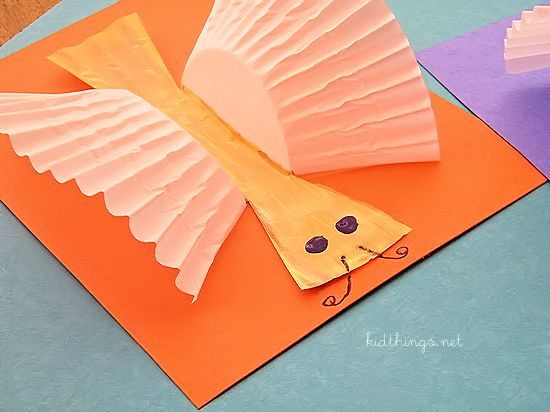 Now, I still prefer my cupcake liners to hold cupcakes. But I could definitely sacrifice a few for these dragonflies! With a message written on the other side, they would make great cards for spring-themed special occasions.