We absolutely love the versatility of simple paper crafts. It’s amazing what one sheet can do. You can, in fact, make a craft that’s out of this world, like these Folded Paper Rocket Ship Cards! 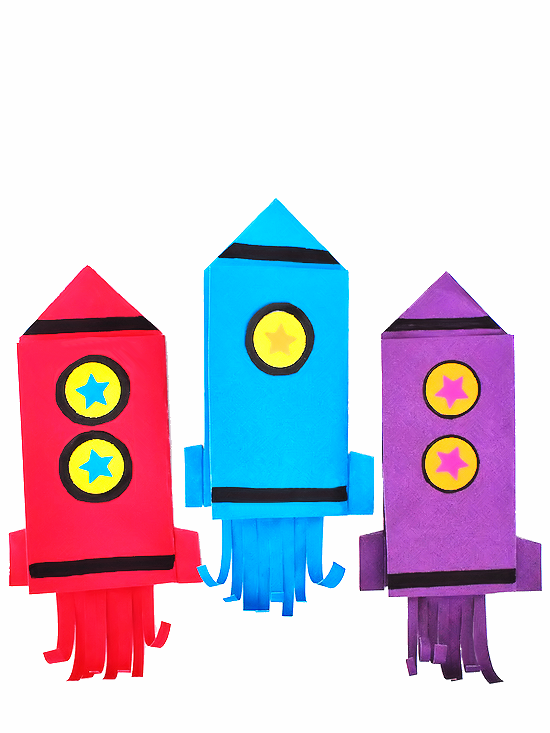 These Folded Paper Rocket Ship Cards are great for Valentine’s Day, if you’re not into the hearts and frilly nilly. They’d also make fun birthday or party invitations. One sheet of cardstock, folded. That’s all it takes. And actually, one full sheet of cardstock makes 2 cards. 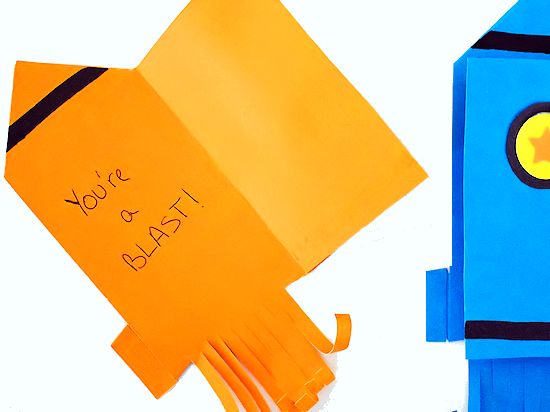 For these Folded Paper Rocket Ship Cards you need colored cardstock, scissors, and glue. And really, you could stop there. But to make them like we did you’d also need a black marker, as well as black, yellow, and orange paper with a 1” circle punch and star stickers.

Begin by cutting a full sheet of cardstock in half. 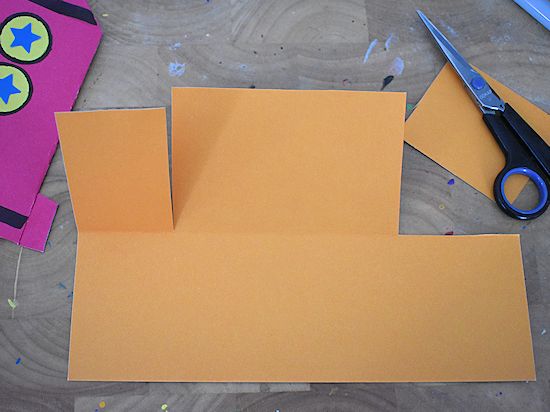 Fold one of those halves in half again. For the top end, make a snip to the folded line about 1 ½ inches from the edge, leave in place. Snip the other end about 2 inches from that edge and cut away. 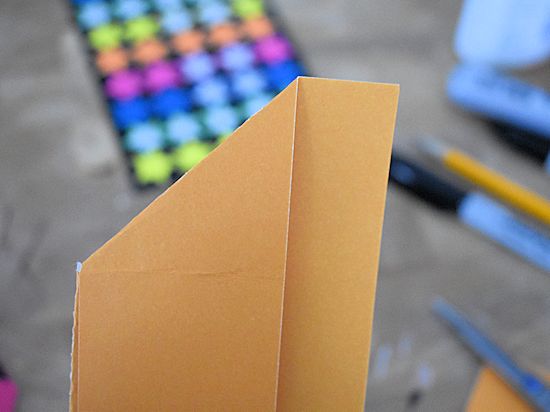 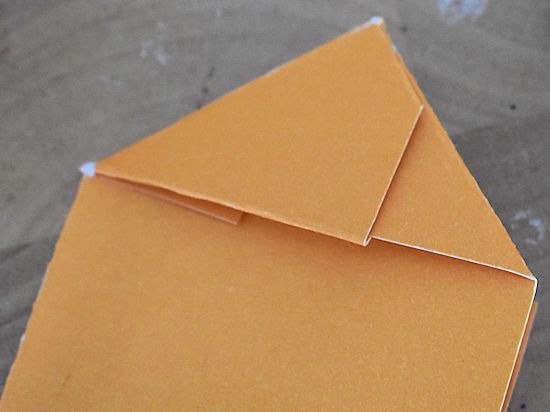 Snip about half the extra paper away and tuck in the pocket created. 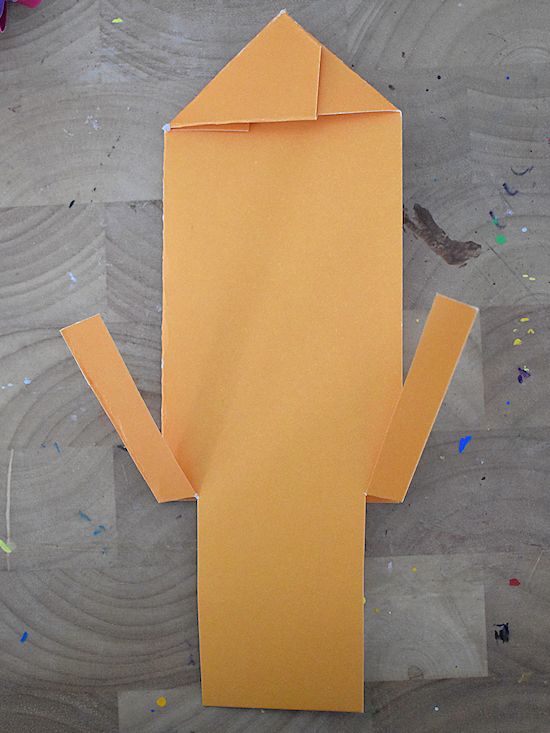 On the bottom end, make a cut on both sides of the flap. Fold each up and away from the main rocket shape, almost like arms. 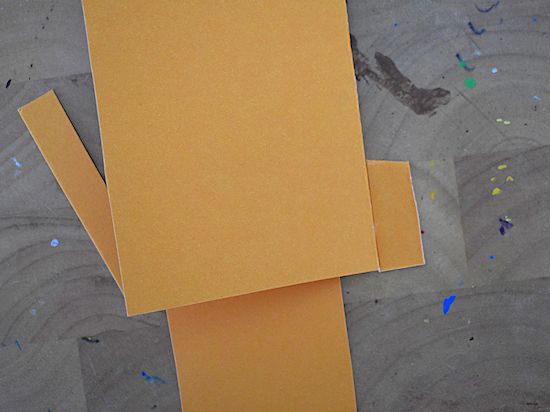 Then fold those strips back over onto itself to make the fins. Glue in place. 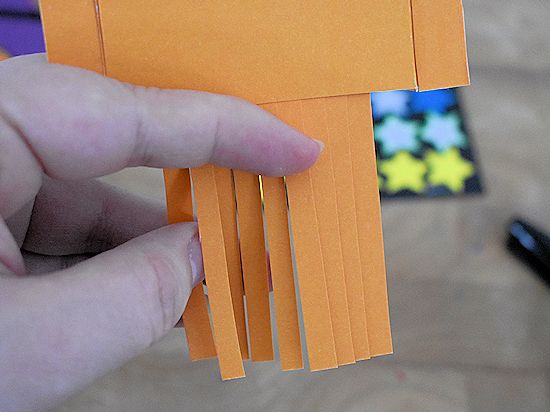 Make multiple snips with the rest of the bottom flap. Take a pencil and roll each around the pencil to make it so it seems like it’s blasting off. 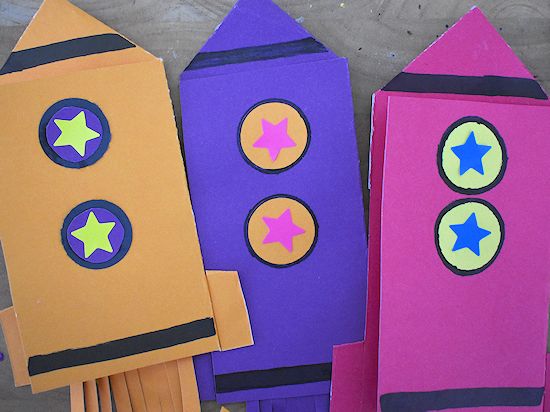 Complete the rocket by making lines with the black marker around the nose and on the bottom. Punch circles from the yellow and orange paper, and cut circles of black paper slightly larger. Glue in place on the card. Add star stickers. Then write a fun message in the card like You’re a Blast! You’re Out of this World! And so on. 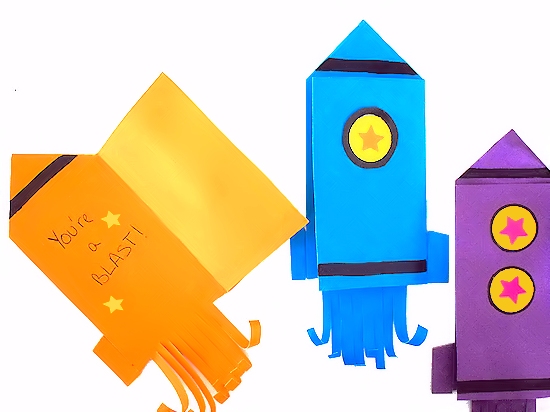 If you like this craft, be sure to check out our Cardboard Roll Rocket Ships, too. And find all kinds of fun kids crafts at Our Kid Things! 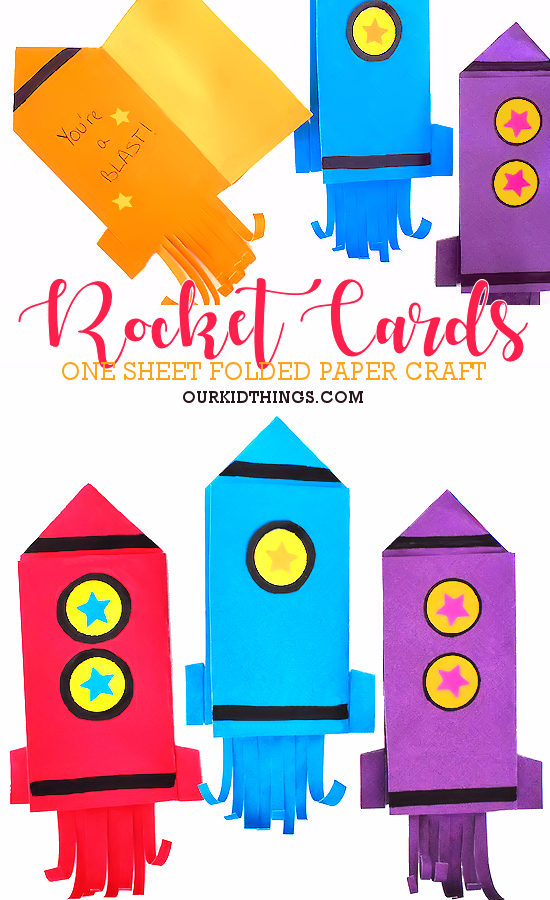