This shop has been compensated by Collective Bias, Inc. and its advertiser. All opinions are mine alone. #StickItToLint #CollectiveBias 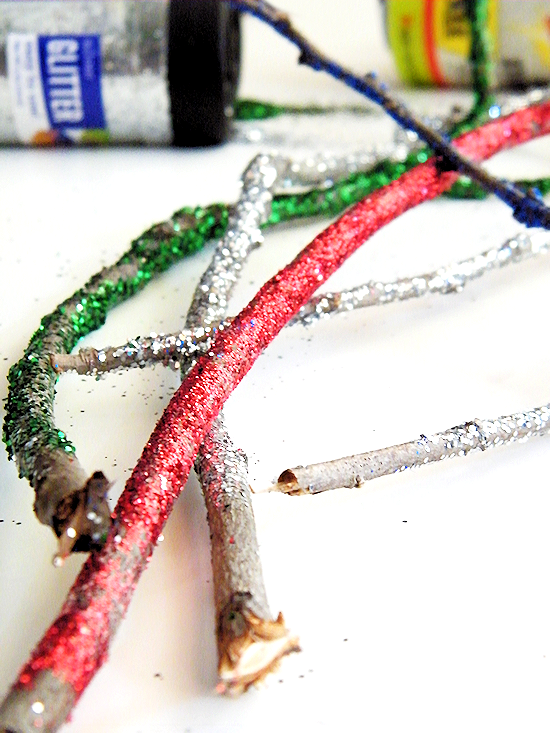 I tend to think of glitter as a necessary evil. On the one hand, it’s so pretty when it sparkles things up. Even something as mundane as an outside stick becomes a beautiful decoration with a sprinkle of shimmer. On the other, the little flakes find themselves everywhere. You’re trying to get rid of glitter in corners and crevices for days, if not weeks, later. But I have a trick!

Scotch-Briteâ„¢ Lint Rollers are great for lint on clothes, yes, but they pick up so much more. Including glitter! Found in the cleaning aisle at Walmart, we picked up two different kinds since they have so many uses beyond lint. In fact, as the only lint rollers with Scotchâ„¢ adhesive, Scotch-Briteâ„¢ Lint Rollers can be used to clean soft surfaces in unexpected ways like on window screens, felt under dining room chairs, as well as clothing and fabric table coverings covered in glitter. 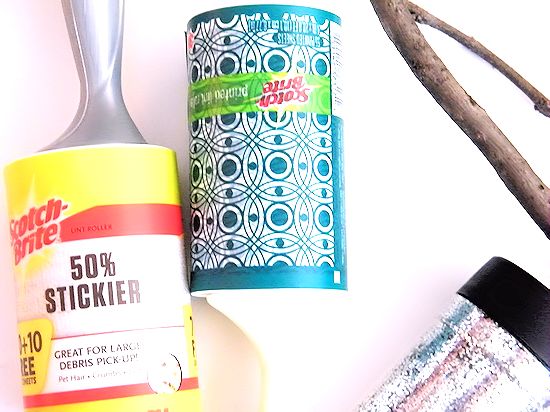 With our trusty Scotch-Briteâ„¢ Lint Rollers in hand, it was time to make our Glitter Sticks! This is a craft that’s so easy and so fun, the kids will love making these! And I’m in awe at how beautifully they turned out.

Using the colors of the season, these Glitter Sticks truly make a gorgeous decoration for the holidays. And then when the light shines on them, the little specks sparkle across the room. All from sticks gathered outside and glitter. So simple, but so wonderful! 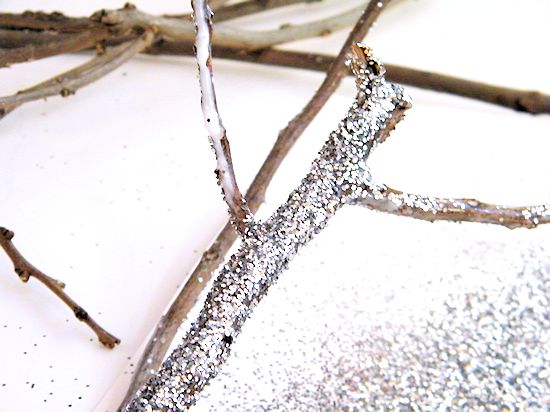 Another trick about the glitter. Lay your stick on a large piece of heavy paper that you can fold down the center. That way, the fold will catch most of the leftover glitter. You can then pour it back into your glitter containers so not a lot is wasted.

Though you will still get it all over your sleeves, of course. Probably your pants, too. But you’re not really playing with glitter unless you’re covered in it. My kids do love to be covered in it.

And that’s what our Scotch-Briteâ„¢ Lint Rollers are for!

To start, go outside and gather sticks in varying sizes. Bring inside and fold a large piece of paper in half to work over so the crease is there, but leave unfolded.

Then, pour glue on a paper plate and begin liberally brushing glue onto the stick with an old paintbrush.

Once fully coated with glue, begin sprinkling with glitter. You may need to reapply glue if you find any bare spots. Continue sprinkling until the stick is coated. Set aside to dry. Carefully fold your paper where it had been previously creased and pour excess glitter back into its bottle. Continue for all sticks.

These Glitter Sticks are a beautiful holiday decoration simply standing in a vase with decorative rocks for support. Make sure you have a table cloth, table runner, or fabric placemat under the vase to make easy clean up with the Scotch Brite Lint Roller should any glitter happen to shake off.

How will you stick it to lint this holiday season with Scotch-Brite? Be sure to visit here for more ideas and inspiration! Then, grab a coupon to save $1 on any two Scotch-Brite Products (Scrub Sponges, Lint Rollers and Scrubbing Dish Cloths)!