Go under the sea and give it a hand. No, really. Turn a handprint into an adorable underwater scene with our Handprint Octopus Craft! A cute way to spend some time together and a treasured keepsake in one darling summer craft. 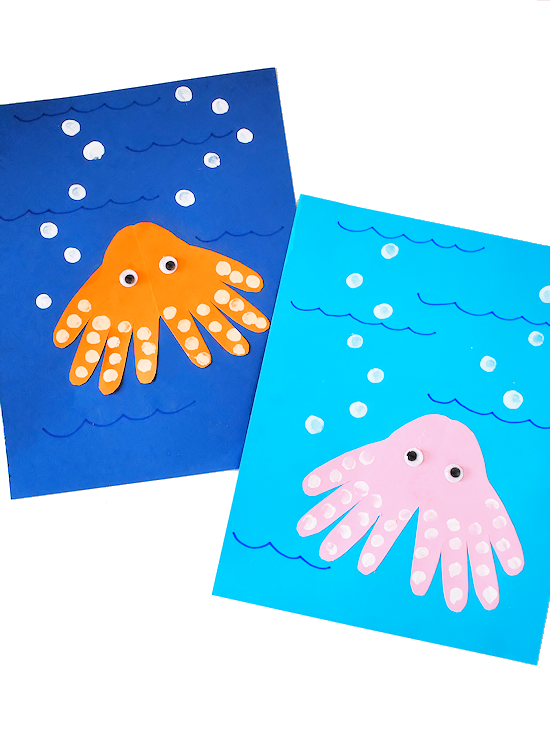 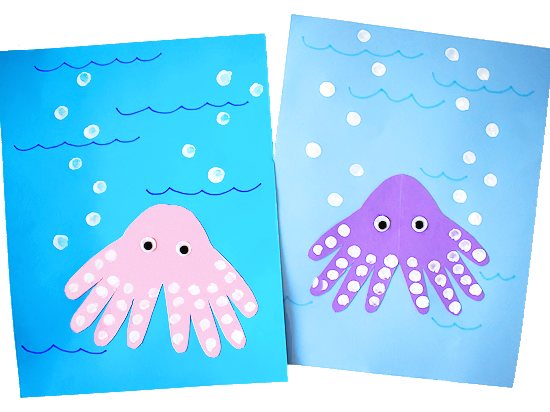 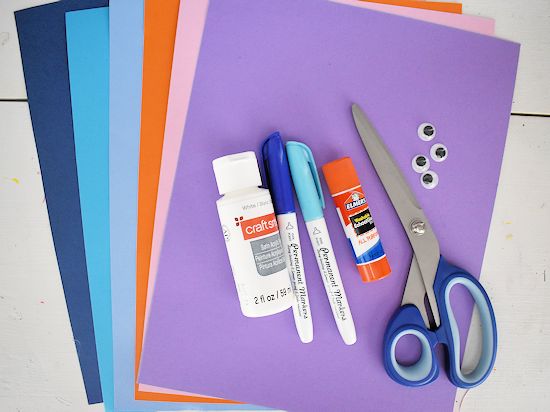 Begin with a base sheet of blue cardstock. Choose the color cardstock for the octopus. Fold the octopus cardstock in half. 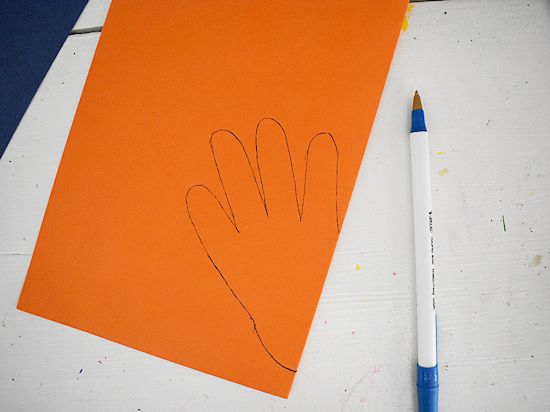 Now, lay the little one’s hand along the fold, with the thumb off the page. See above image. Trace the handprint. 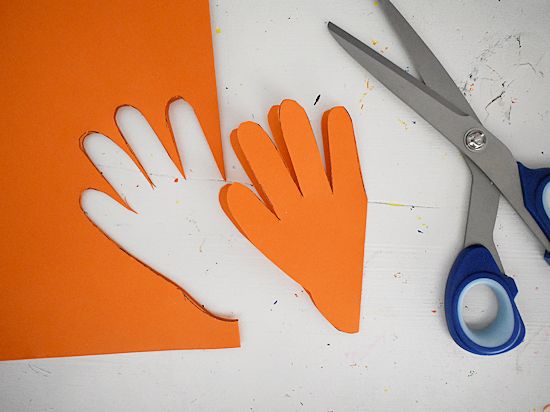 Cut out the handprint, leaving the fold intact so that there are two handprints when unfolded. 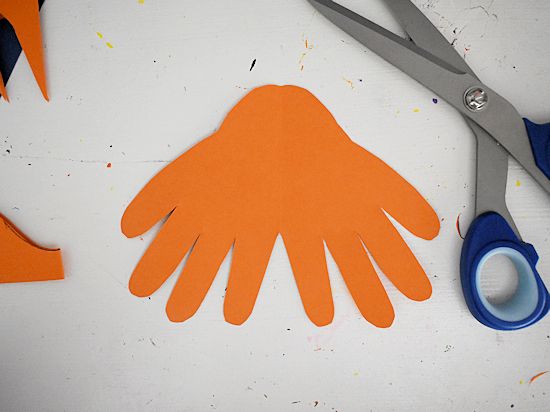 Unfold the handprint. You can also trim the wrist of the handprint so that it’s more rounded, but this step is optional. 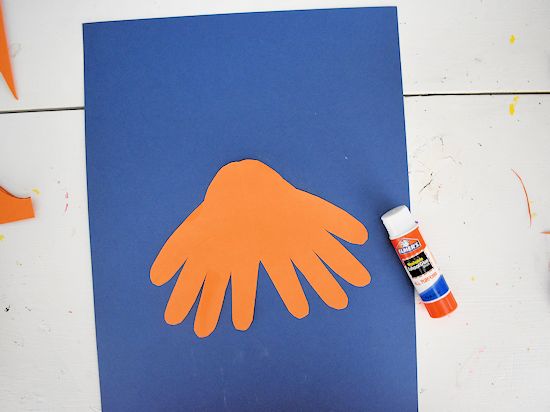 Next, glue the handprint octopus to the blue cardstock base. 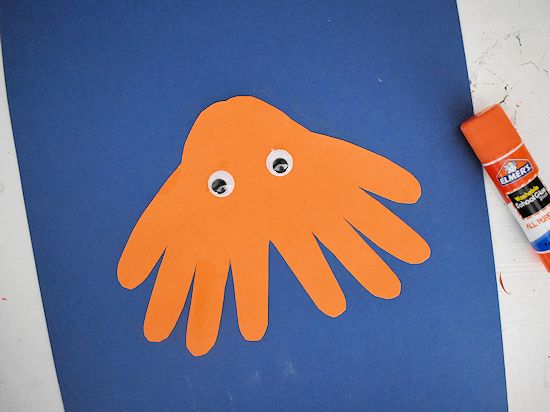 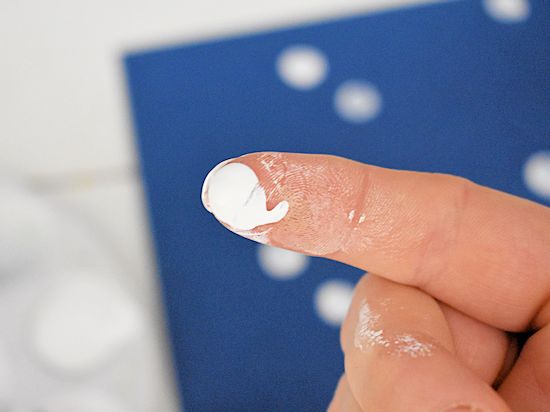 Then, dip the tip of a finger in white paint. 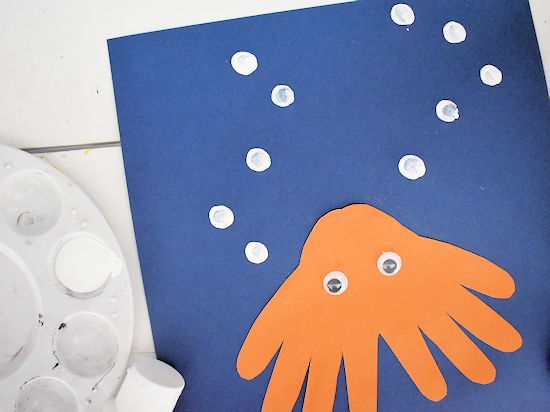 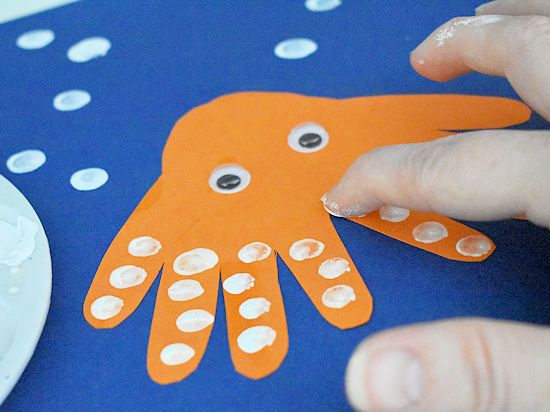 And begin painting fingerprints along each of the arms for the octopus’s suckers, as well as air bubbles around the octopus. 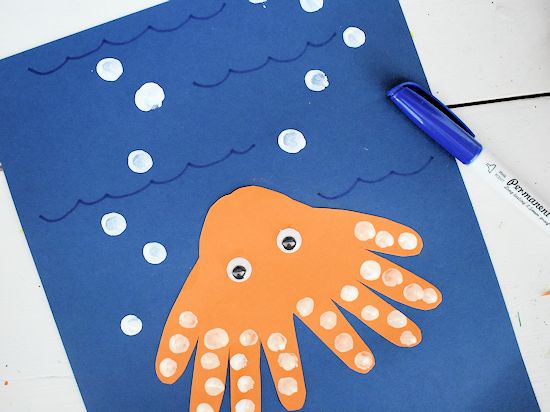 Finish the underwater scene by using a blue marker to make a few waves in the water. 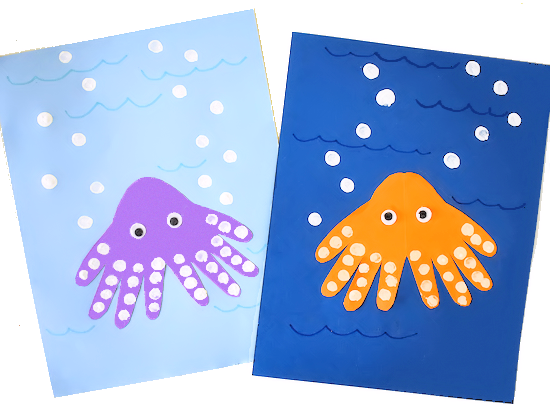 We can’t say enough how much we love this darling summer handprint craft and hope you will love it, too!

Want to save this craft idea for later? Use the below image to save to Pinterest! 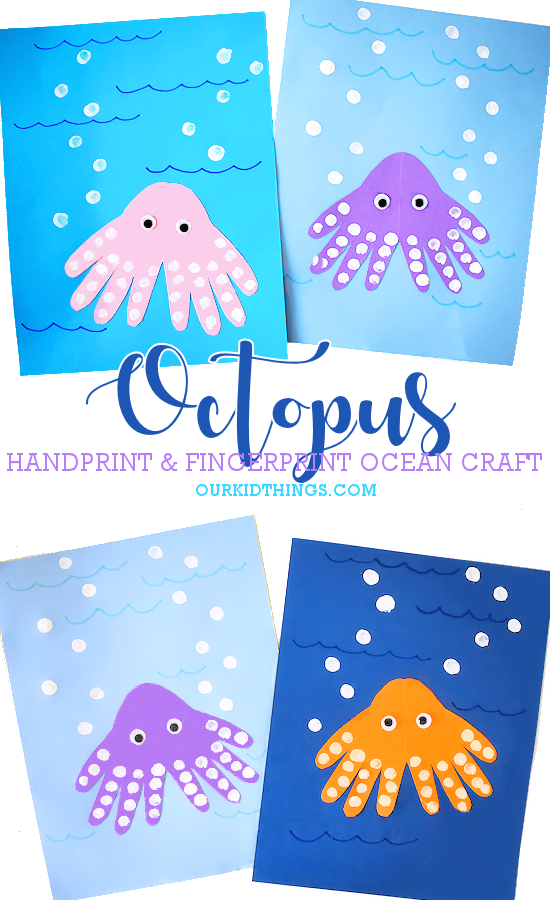