Having a little boy in the house is fun. My older sons have moved on to video games and being buried in their gadgets, but my little guy is fascinated with everything. Right now, he’s really into trains and cars and airplanes. And so I really wanted to make him a set of these Paper and Craft Stick Airplanes that he could zoom around with. 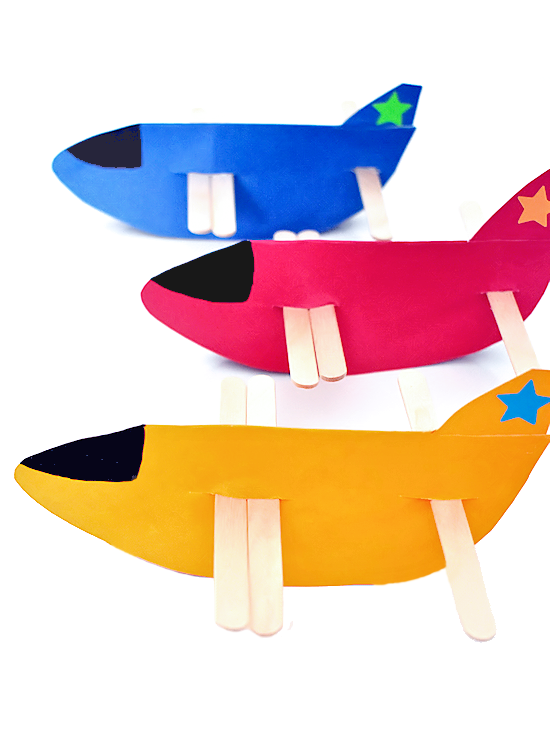 When he gets older it’s going to be so much fun to see what he creates. For now at only 21 months old, though, I make what I think he would like and watch him as he plays. It’s not going to be much longer before he can make these Paper and Craft Stick Airplanes all by himself, however. And they’re made even easier with our Free Airplane Template. 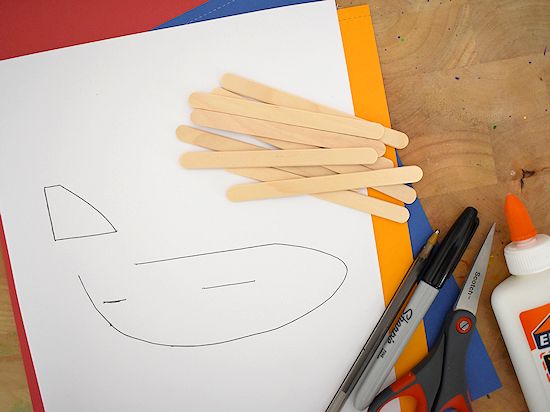 Our Paper and Craft Stick Airplanes are made with only a handful of supplies. Aside from the Airplane Template, you’ll need cardstock in your colors of choice, craft sticks, a black marker, scissors, and glue. We also decorated our tail wings with star stickers.

Begin by printing the airplane template. Cut out the pieces. Use the pieces as a template on the color cardstock of choice. 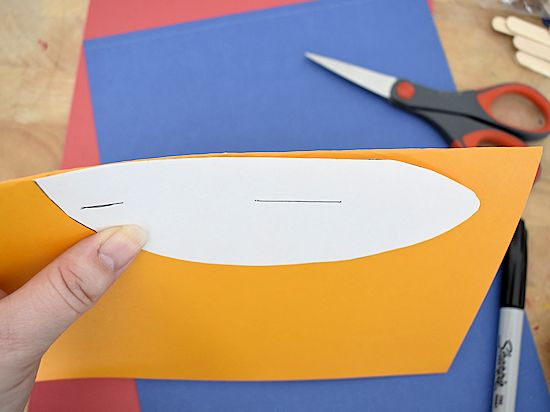 Fold a sheet of cardstock in half. Place the top of the airplane body template against the folded edge. Cut out. 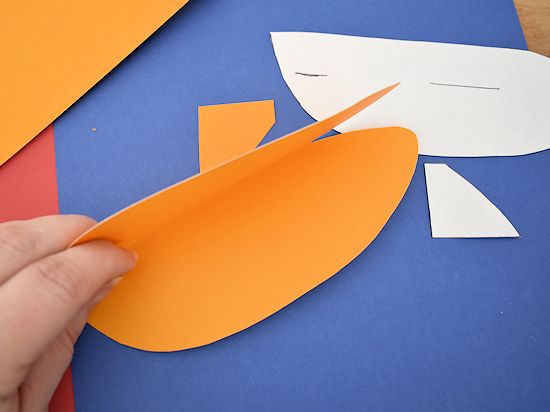 The airplane should fold. 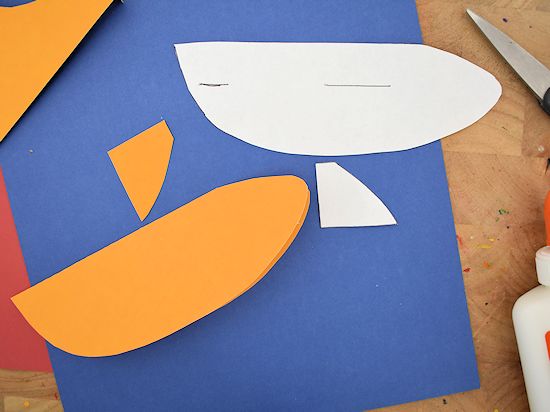 Also cut out a tail wing. 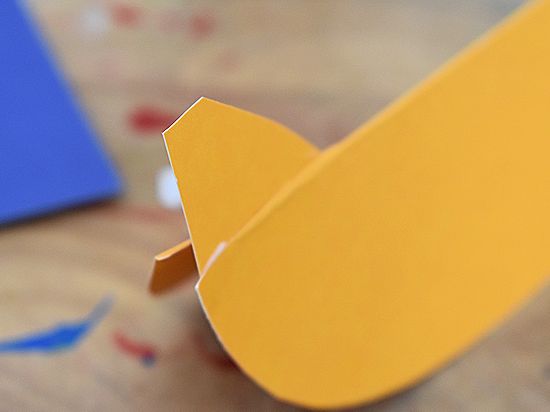 Make a snip along the fold to slide in the tail wing. Glue the front of the back of the bottom of the wing to secure in place. 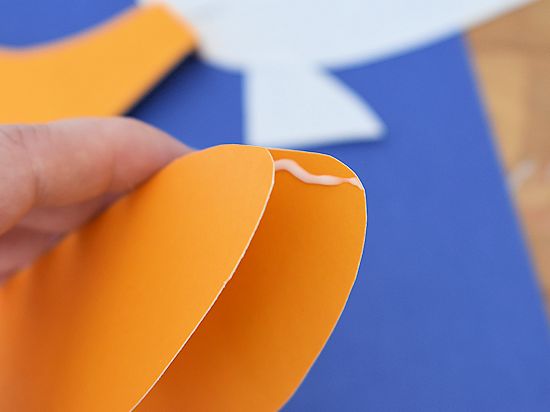 Also apply a small bead of glue at the top of the nose of the plane. Glue closed. 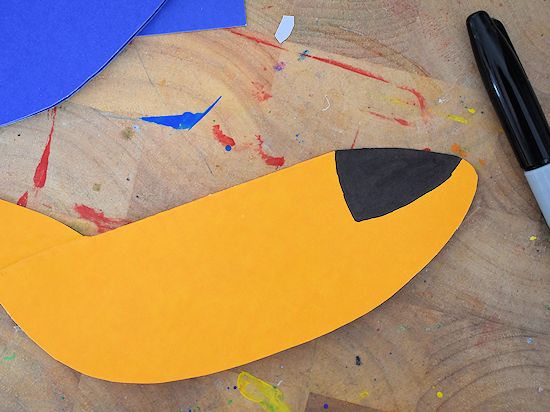 Draw a window on both sides of the plane with black marker. 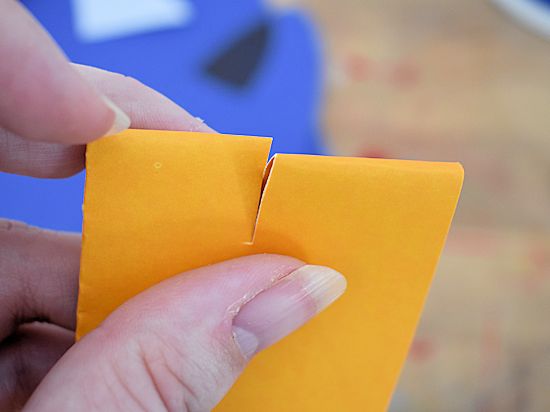 Fold the plane gently along the middle of the plane and snip a line big enough for 2 craft sticks. Use the template as a guide. Do the same towards the tail of the plane, but for 1 craft. 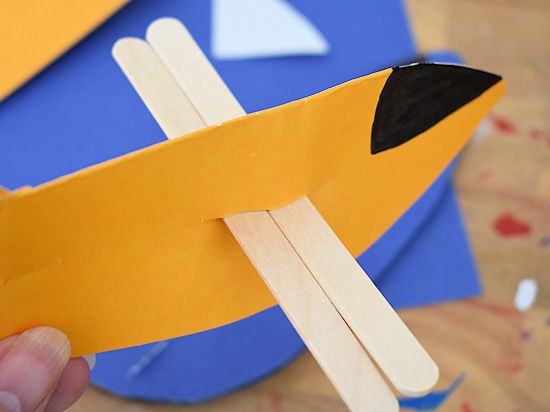 Gently separate the two sides of the plane and slide in craft sticks. 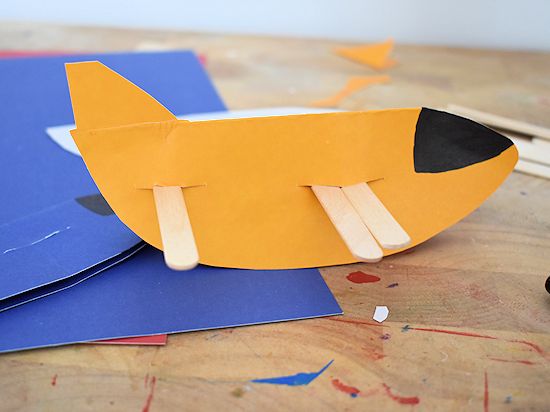 Apply a star sticker or decorate plane as you wish. You can also paint the craft stick wings for more color. 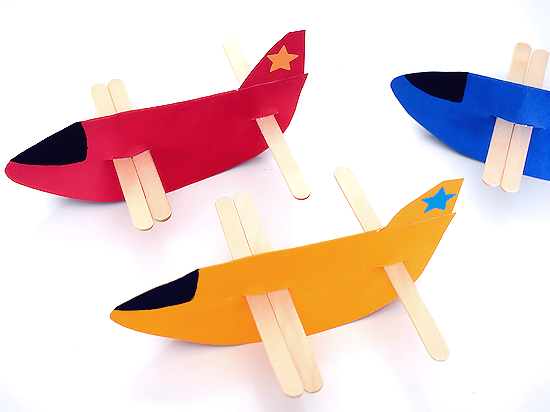 If your little guy is anything like mine, he’d love these Egg Carton Dinosaurs and our Cardboard Roll Rocket Ships, too. But be sure to check out all of the fun kid crafts at Our Kid Things! 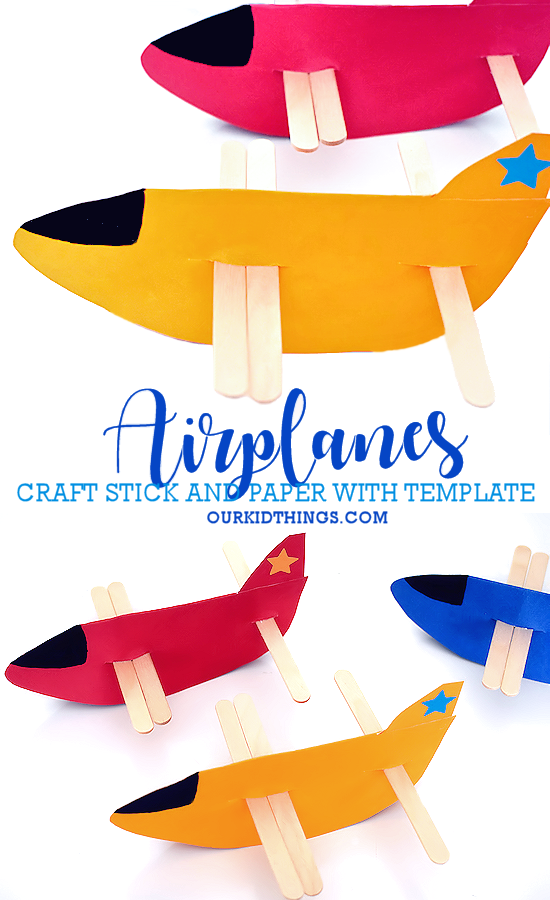