Santa is magical. He’s amazing. A miracle worker. Santa is THE guy come Christmas time. But even Santa, with all his magic and awe, needs help. That’s where the mighty little elves comes in. And that’s where our Paper Cone Elf Craft comes in, too! 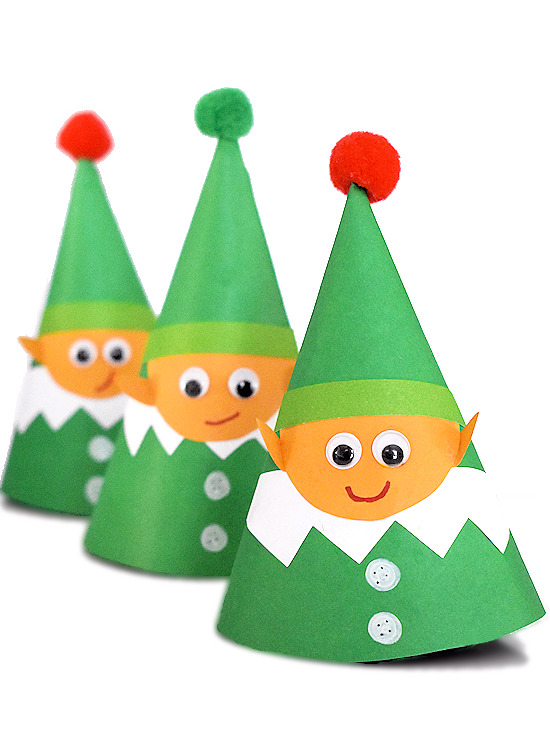 I don’t mean to ring my own bell here, but we love this Paper Cone Elf Craft. It’s just so cute, and they’re really fairly simple to make, too. If you need another Christmas elf craft, be sure to check out this Cardboard Roll Elves Craft, as well. 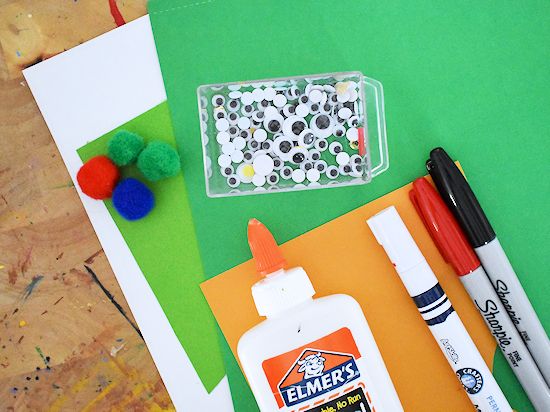 For our Paper Cone Elf Craft you will need cardstock in green, a lighter green, and a skin color. We used an orange-y color, but any color that resembles a skin color will work. The remainder of the supplies include small googly eyes, pompoms, tape, school glue, scissors, as well markers in white, red, and black. 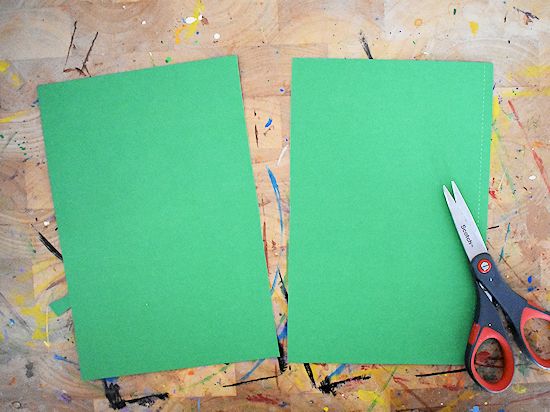 Cut in half width-wise. 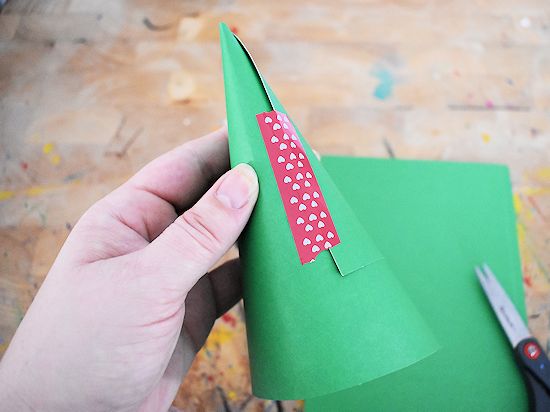 Take one of the green cardstock halves and roll into a cone shape. Once you get the shape how you’d like, tape closed. 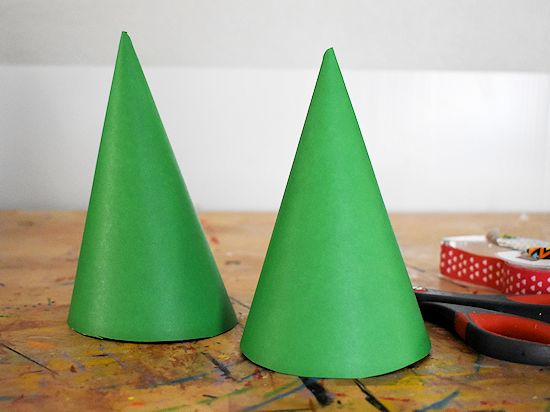 Cut away any excess from the bottom of the cone so that it can stand. 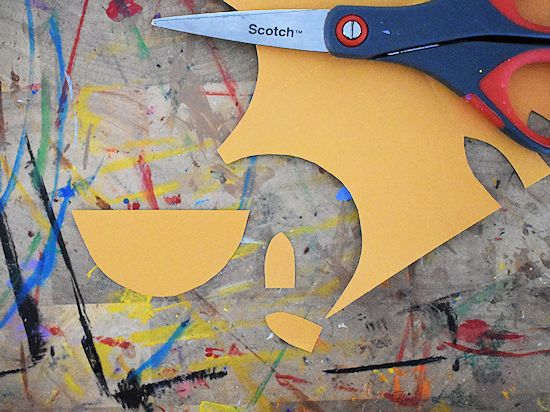 Now, cut a half circle for the face from the skin color paper as well as two pointy petal-like shapes for ears. 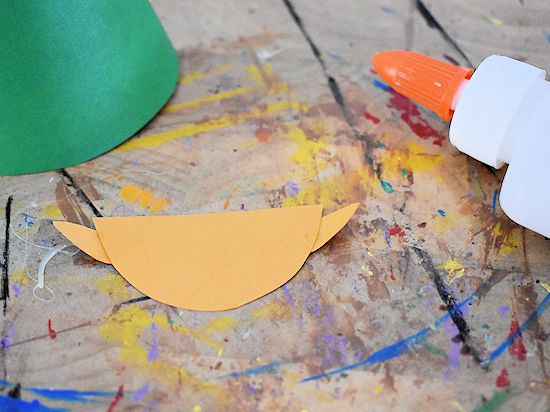 Glue the pointy ear shapes behind the half circle. Bend the ears up. 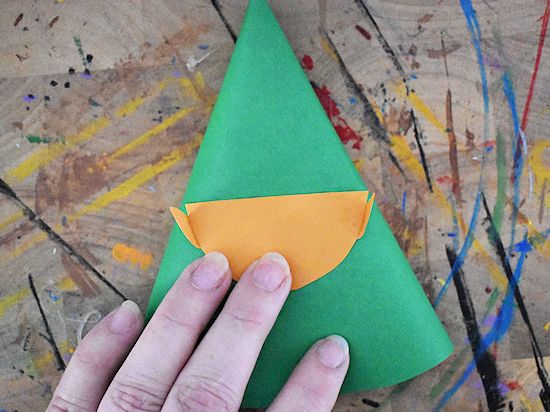 Position the face piece towards the middle of the cone. Leave the ears unglued so you can bend them up and off the cone. Gently press the cone down to flatten slightly to help with gluing. 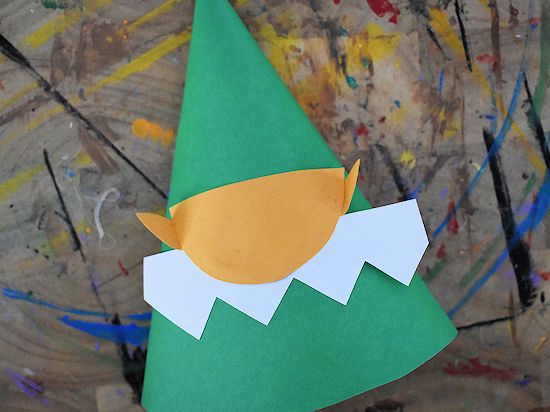 Before the glue from the face sets, cut a strip with one jagged edge from the white paper. Tuck under the face piece, wrap around, and glue in place. 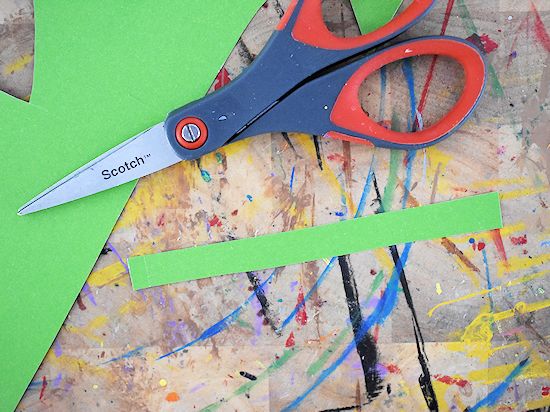 Next, cut a strip of paper from the lighter green cardstock. 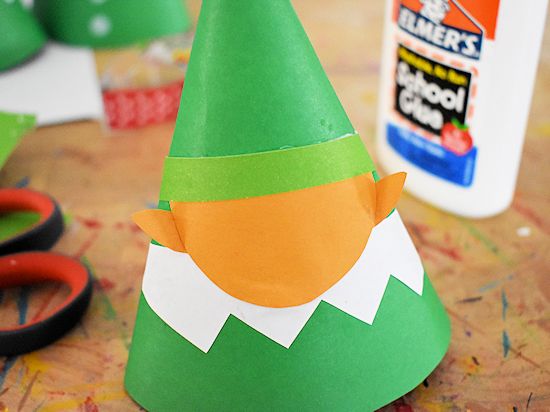 Wrap around the top of the face piece and glue in place. 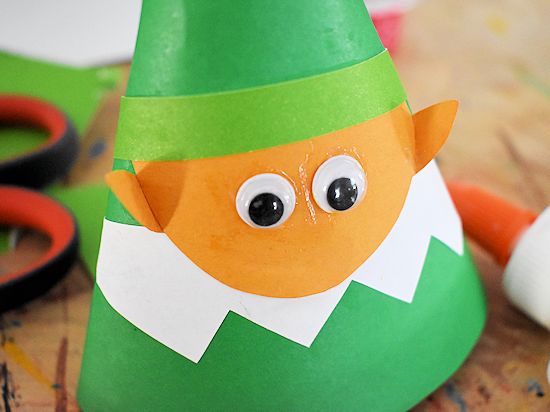 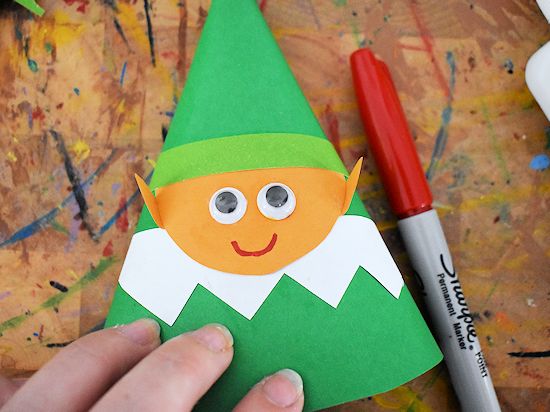 Draw a simple mouth with the red marker.

Use the white marker to color a couple white circles on the bottom of the elf. Make 4 tiny marks with the black marker to make it look like buttons. 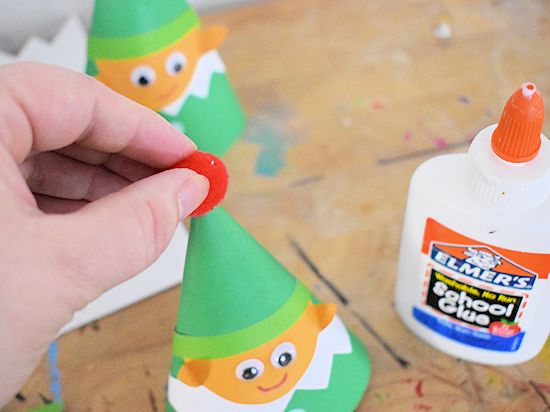 Finish by gluing a pom to the tip of the cone. And once all the glue is set, you can gently form back into a fuller cone shape. 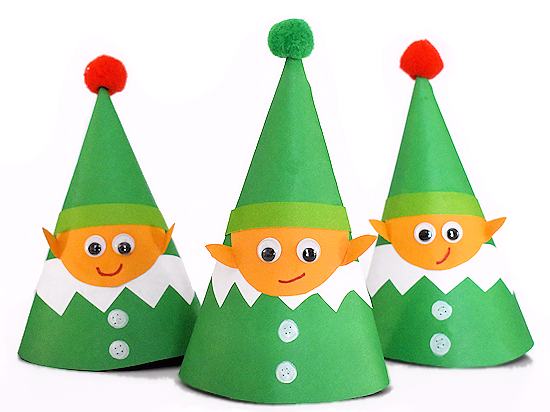 Santa may be magical, but these elves are rather incredible, too. And adorable. Be sure to find more really fun Christmas crafts at Our Kid Things! 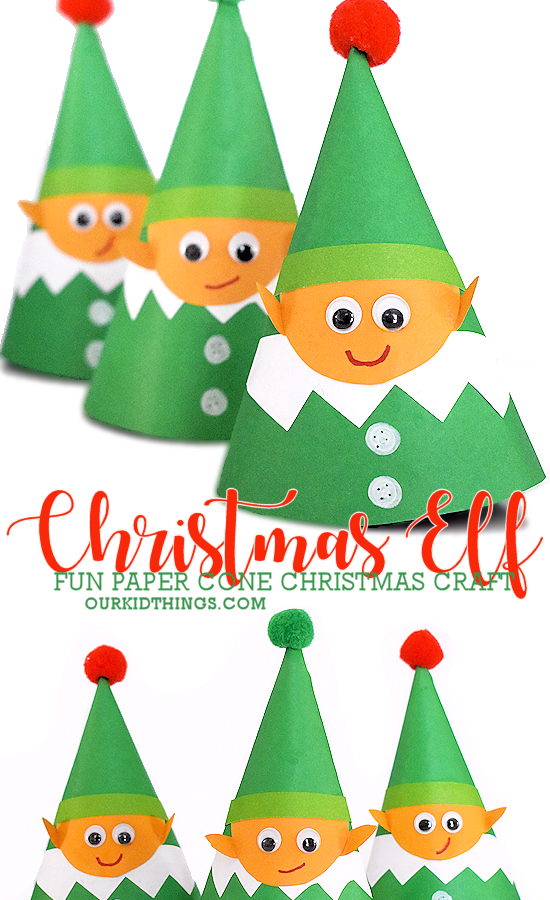