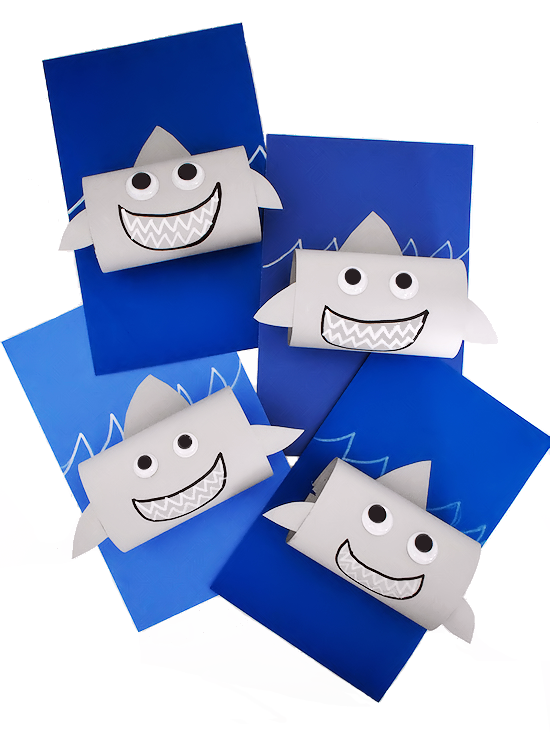 I have to say this paper shark craft is about my favorite thing lately. Their big, toothy smiles are just too much. With their dorsal fin peeking over a wave of water. Like Jaws. Only a much nicer, happier version. 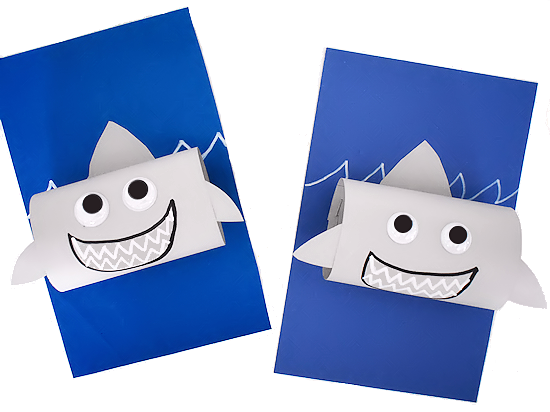 Have you seen our Paper Loop Pufferfish Craft, too? Because if you like these sharks, you’ll also like our pufferfish. And for more shark crafts, be sure to also see our Craft Stick Sharks, Cardboard Sharks, and our Interactive Shark Paper Plate Craft. 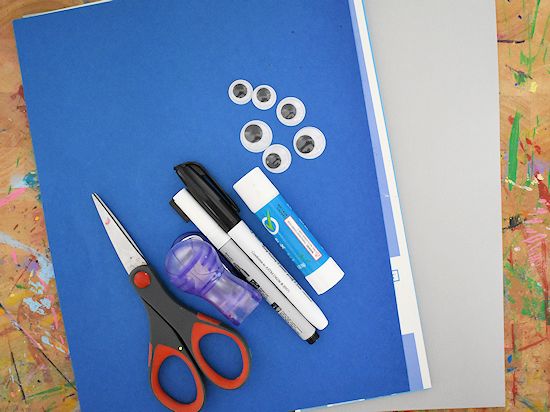 To make our Paper Loop Sharks you will need blue and silver cardstock, a black marker, a white marker, small googly eyes, a stapler, glue stick, and scissors.

Begin by cutting a full sheet of blue cardstock in half. 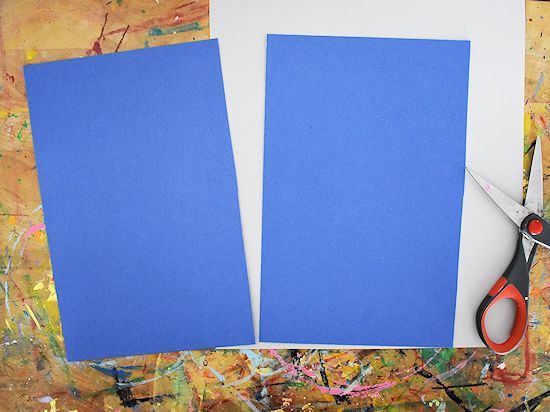 Then cut a strip that’s just a bit more than a ⅓ of the silver cardstock. 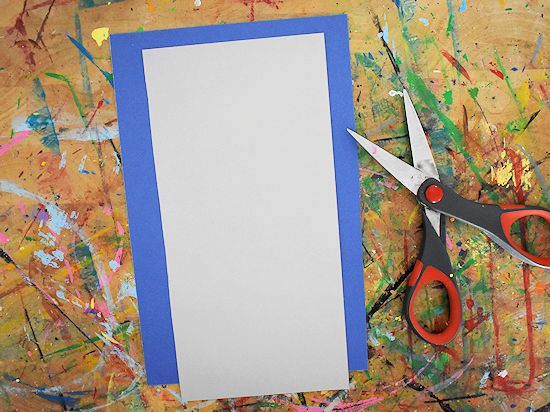 The silver strip should be slightly smaller than the blue base. 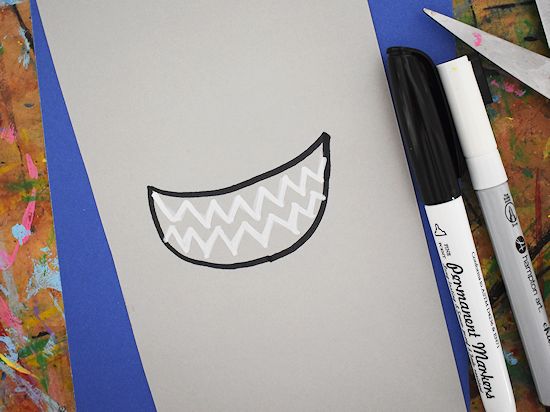 Now, draw a big mouth in the center of the silver strip. Start with a wide open black outline, then fill in with sharp teeth with the white marker. 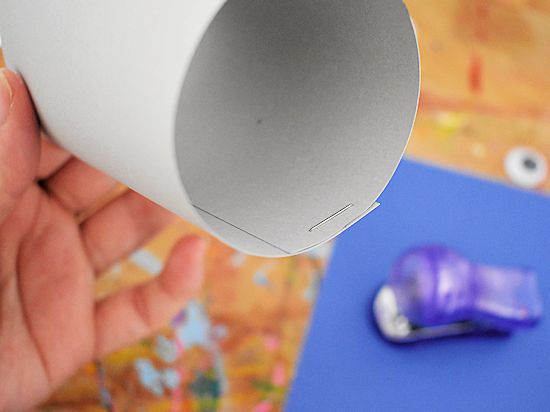 Roll the silver strip up and staple closed.

Draw a wave on the blue base with the white marker. 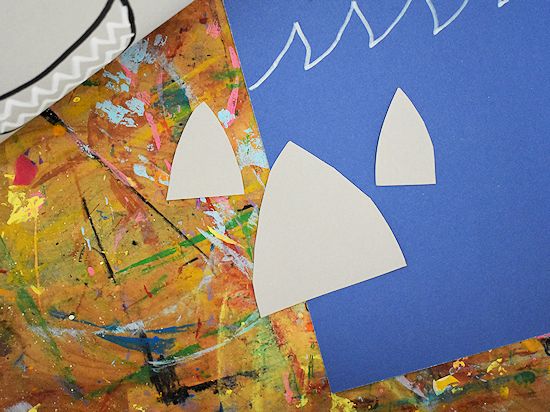 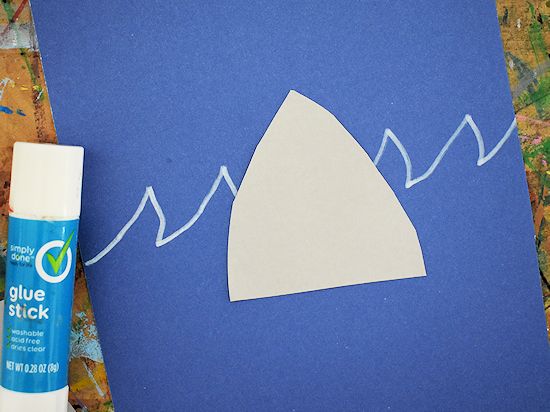 Glue the large triangle dorsal directly on the blue base, over the wave. 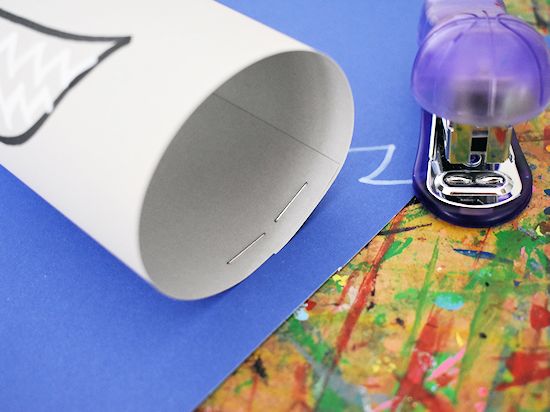 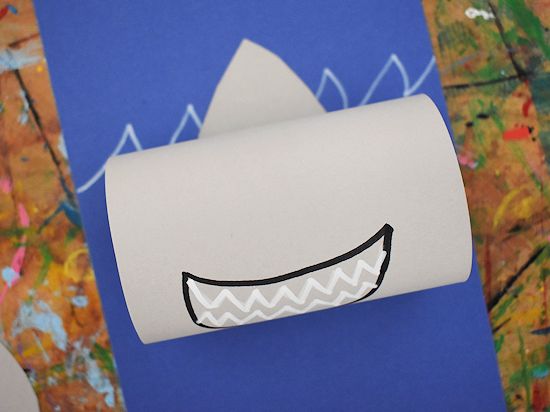 Then staple the paper loop over the dorsal, so that it’s coming out from behind it. 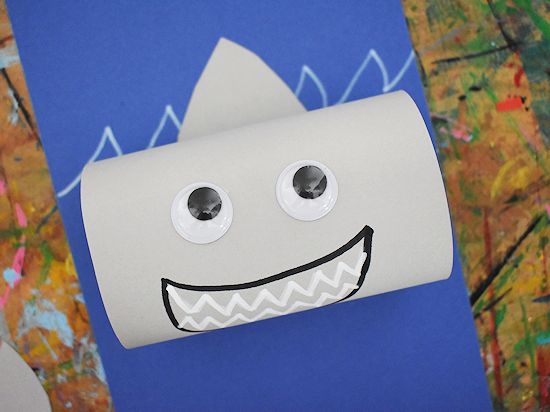 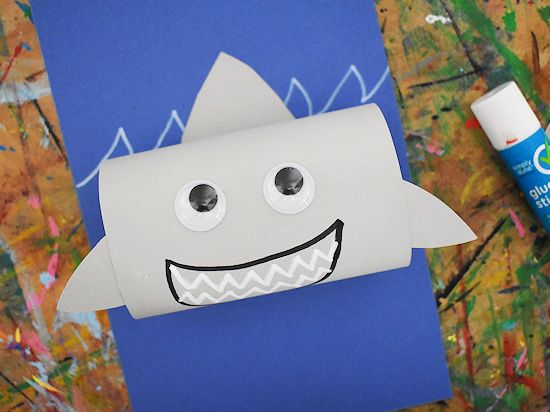 And glue the smaller fins on both sides of the paper loop. 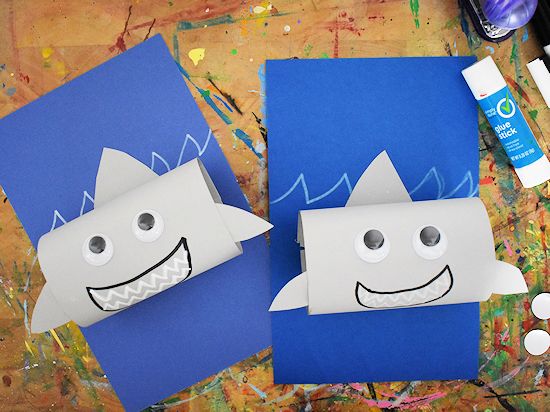 Nothing scary here! We love this shark craft and really hope you will, too! 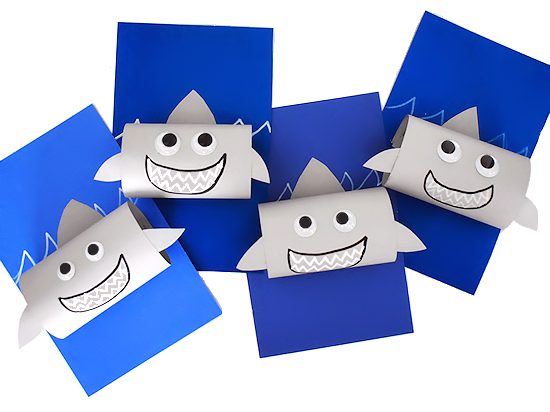 We have so many more fun ocean crafts, as well! And all kinds of summer crafts for kids at Our Kid Things! 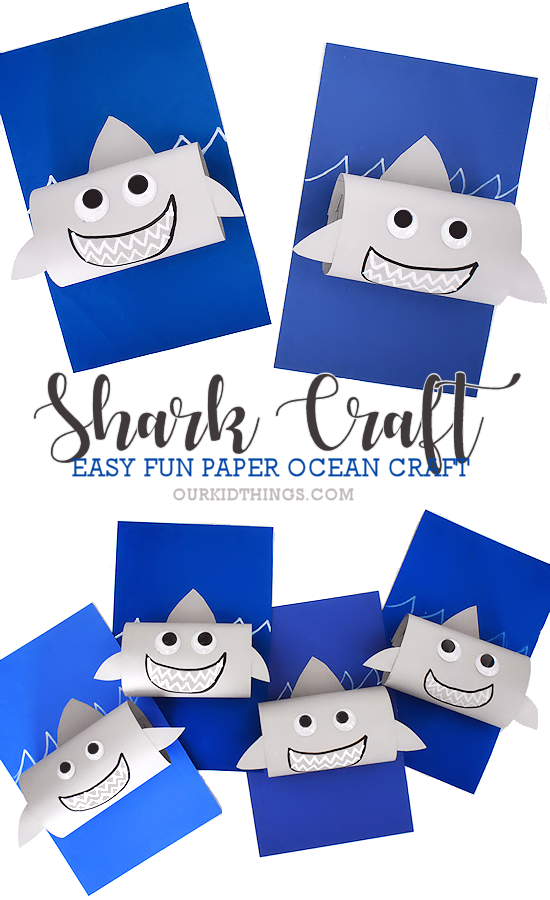