Arrrrrr you ready for some adventures on the high seas? This Paper Pirate Ship Craft will surely get you in the mood! It comes with a Free Printable Pirate Ship Template, too, so all you have to do is cut, paste, and add details. Shiver me timbers! 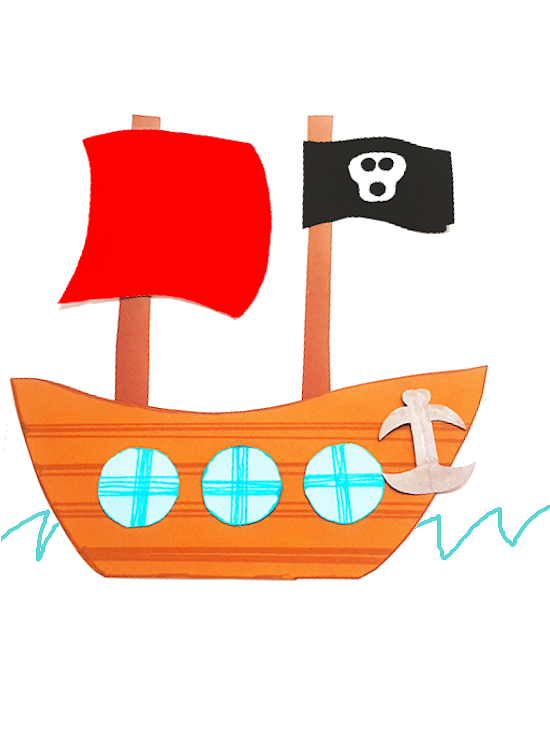 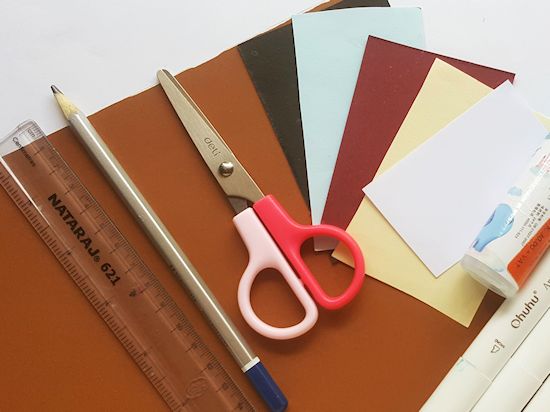 For this Paper Pirate Ship Craft you will first need to print the Pirate Ship Template. Then, gather cardstock in brown, black, white, and colors for the sail if you’d like or leave it white. The remainder of the supplies include colorful marker pens, scissors, and a glue stick. 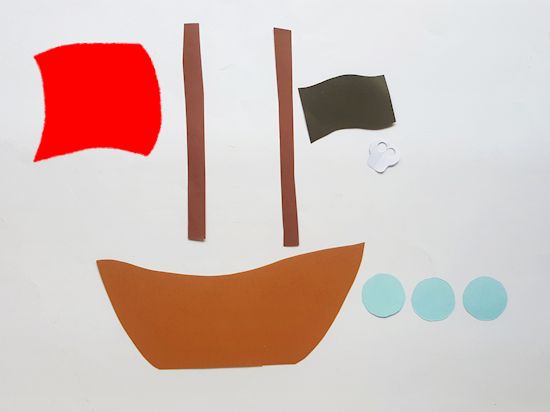 Cut out the pieces of the template, trace onto the colors for the ship, and cut out. 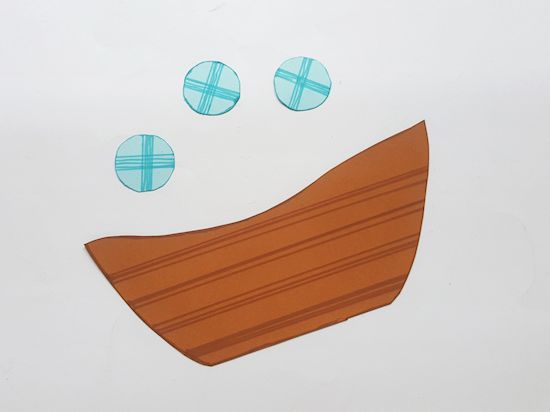 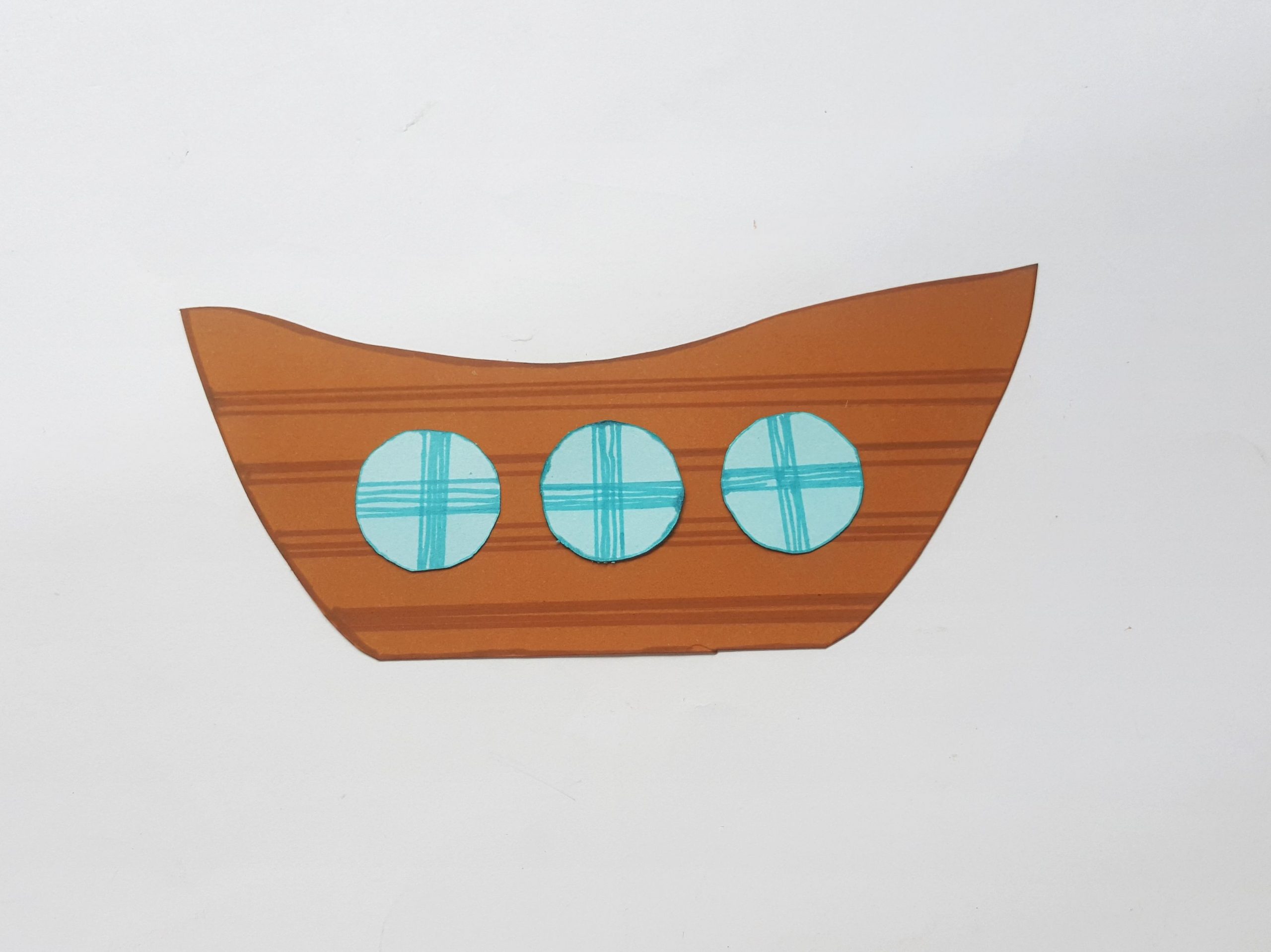 Glue the circular windows in the middle of the ship’s body. Try to keep an equal distance between the windows. 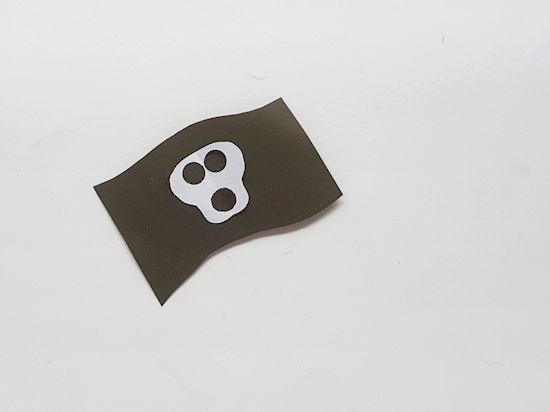 Then take the skull and glue it in the middle of the black flag. 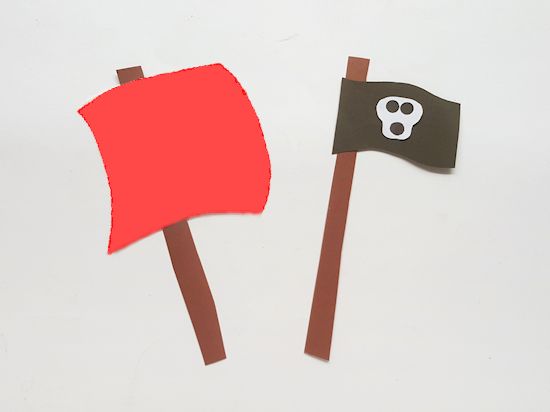 Glue the sail and the black flag on the brown paper strips. 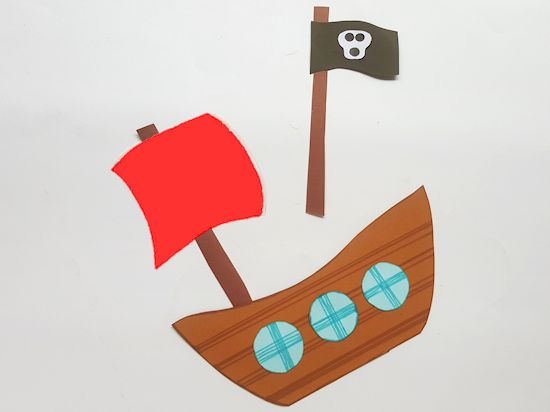 First glue the sail on one corner of the ship, 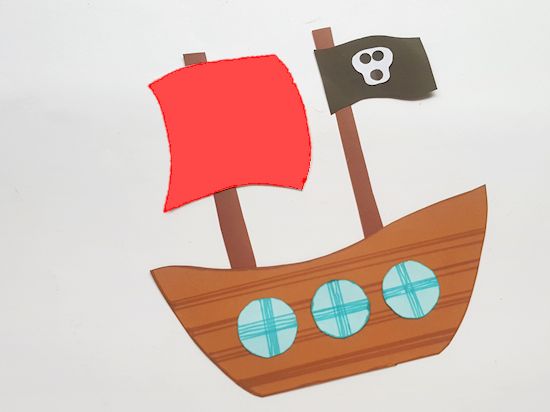 Then glue the black flag on the opposite side from the sail. Finish by gluing the anchor on the ship. 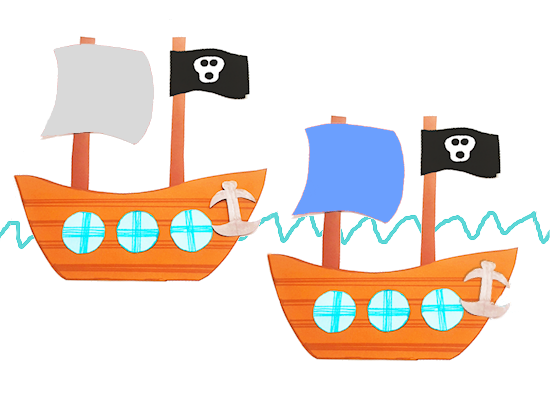 The only caveat is that now you have to talk like a pirate for the rest of the day. Arrrr! Be sure to check out more of our summer crafts at Our Kid Things! 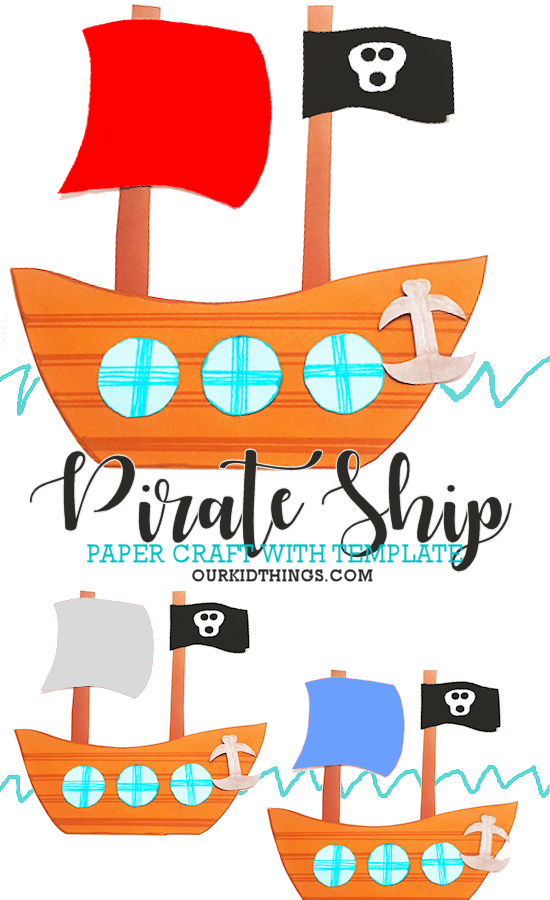