It’s beginning to look a lot like winter! At least around here it is. We’ve had a record amount of snowfall for this early in the season. Which makes it the perfect time to make this darling Paper Snow Globe Craft! 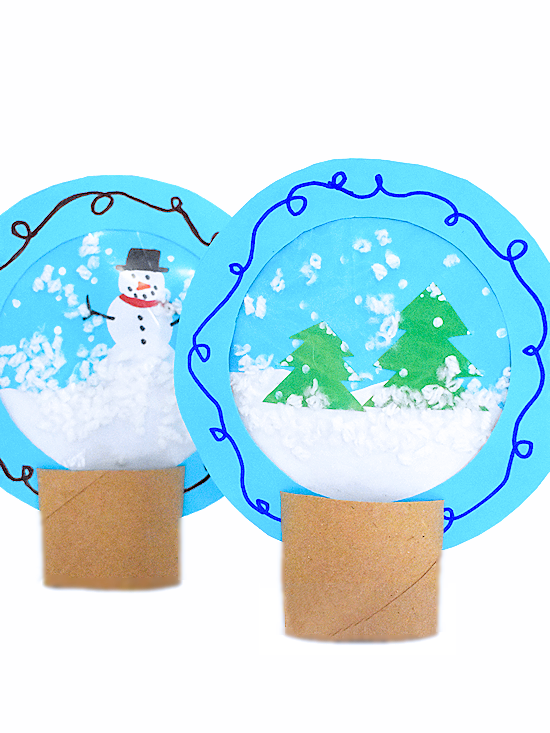 For more of our crafts that are sure to warm your heart when it’s cold outside, along with this Paper Snow Globe Craft be sure to also check out our Hot Cocoa Craft, our Paper Winter Hat Craft, this adorable Paper Penguins Craft, and our https://ourkidthings.com/pop-out-snowman-cards/. There are so many more good winter craft ideas, too! 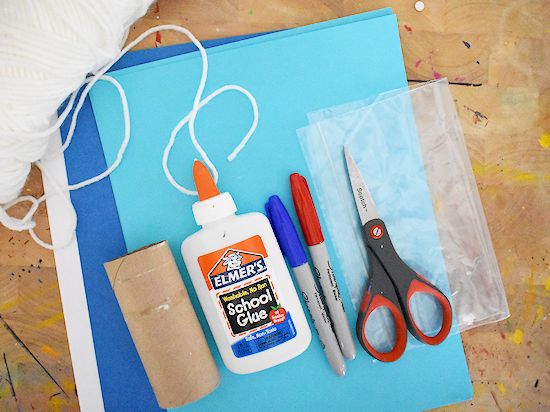 Begin by forming the circles for the snow globes. 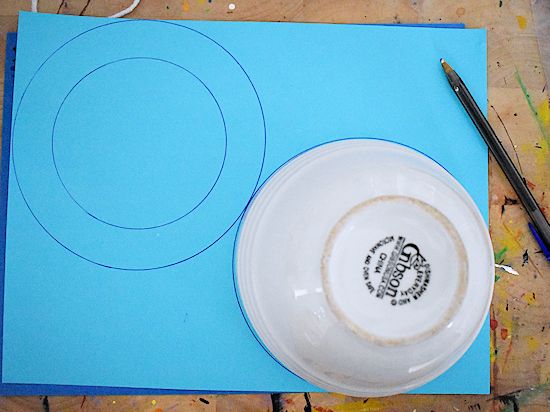 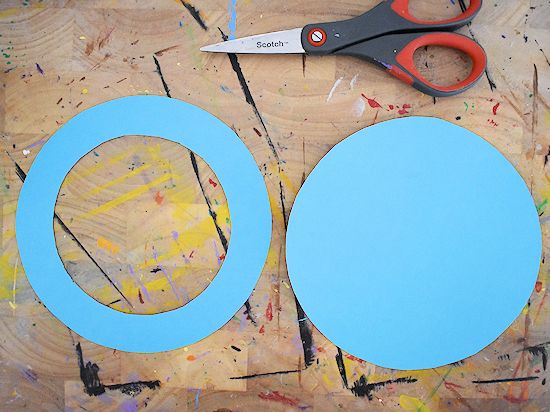 Cut out the large circles. Also carefully cut out the smaller circle from inside the one larger circle. If you have an electric vinyl cutter at home, you can use it for making circles and other elements. 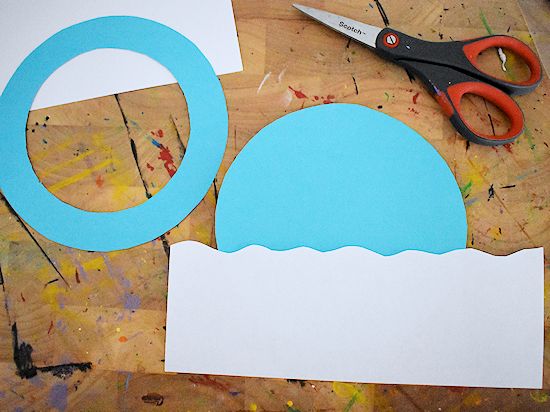 Cut a rectangle with a wavy edge from the white paper. Glue the wavy white rectangle to the full circle. Trim away any excess. 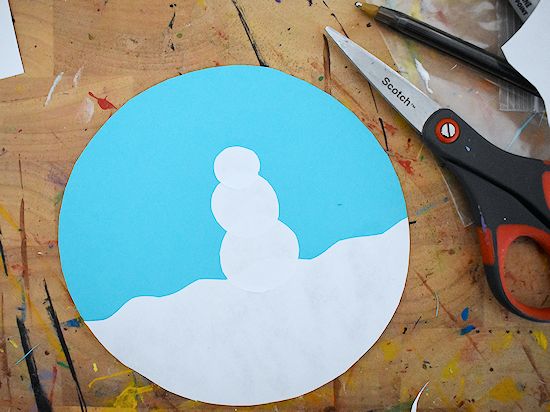 Then make your scene. We made circles for snowmen out of the white paper or use green paper to make winter trees. Glue the pieces onto your scene. 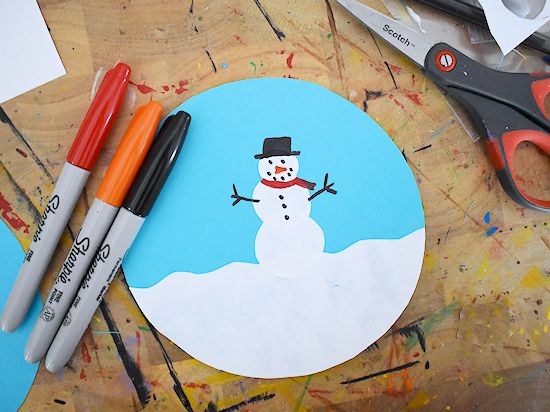 For the snowman, finish detailing with markers. A black hat, black dots for the eyes and mouth, an orange carrot nose, and red scarf. Also use the white marker to make dots of snow. 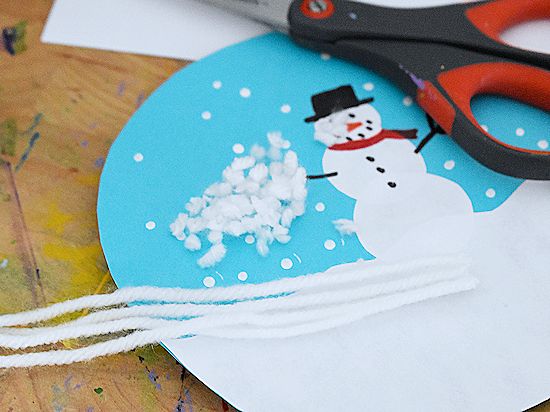 Cut a few strands of yarn, then proceed to snip small pieces until you have enough for fluffy snow. 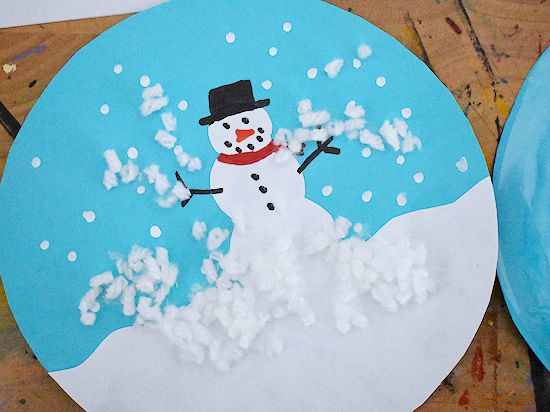 Position the yarn on the scene. 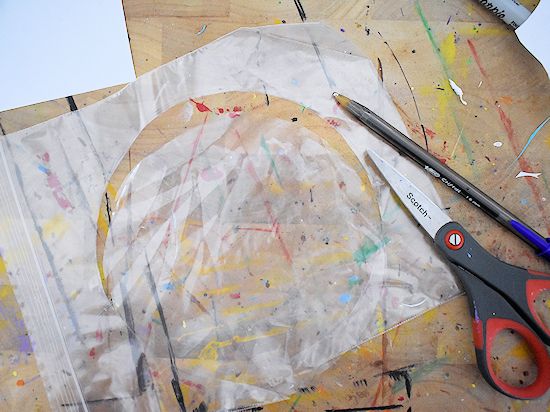 Now, lay the plastic baggie flat. Use the same bowl you traced on the cardstock to form the same size circle on the baggie. Cut out. 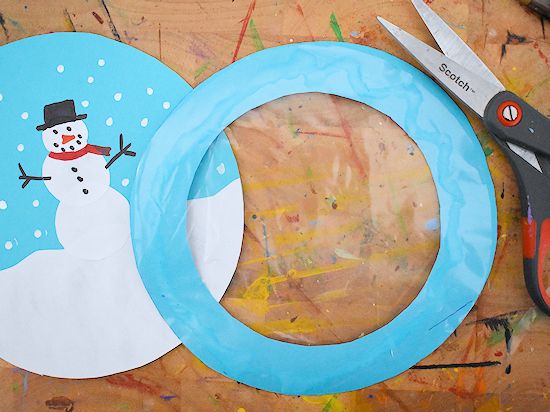 Glue the baggie circle onto the cut out circle. Smooth to flatten. 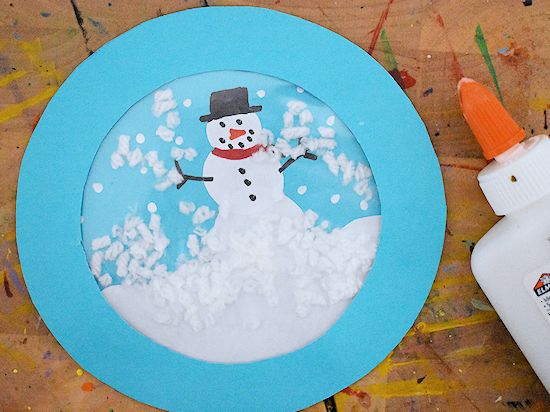 Then glue the edge of the cut out circle to the full circle. 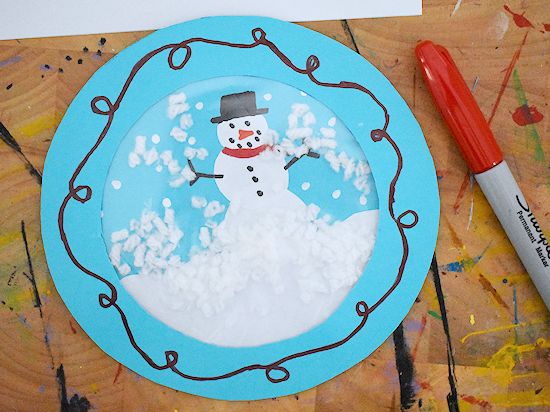 Use a marker to draw some fun swirly lines around the border. And finally, cut an empty, clean toilet paper size cardboard roll in half. Cut slits on opposite sides of the cardboard roll and slide the paper snow globe into the slits. 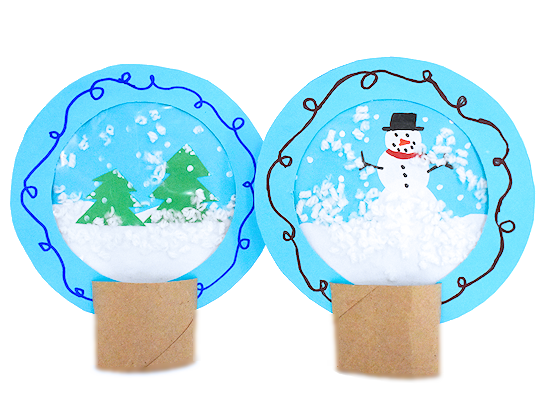 Such a beautiful winter craft idea! We hope you have a lot of fun with this and maybe it might keep little hands busy when there’s too much snow on the ground outside. Be sure to check out our many more winter crafts at Our Kid Things, too! 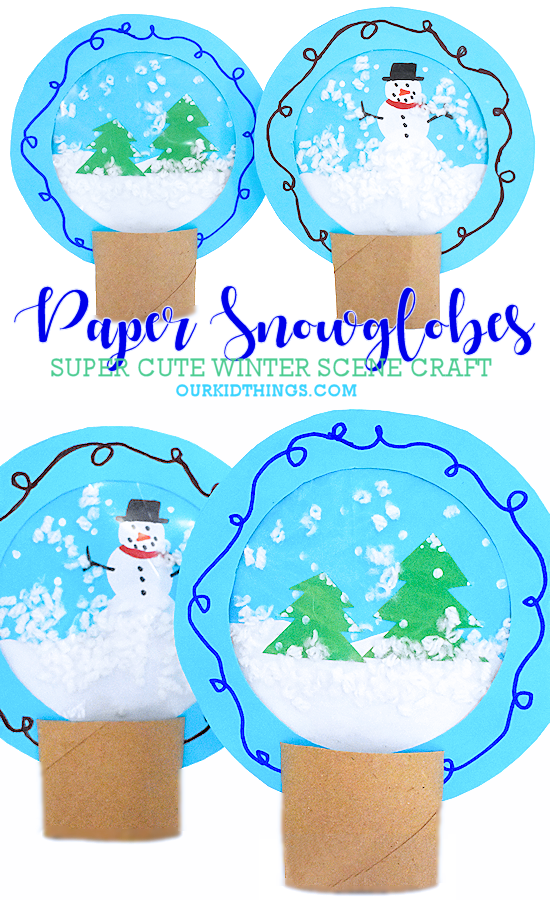