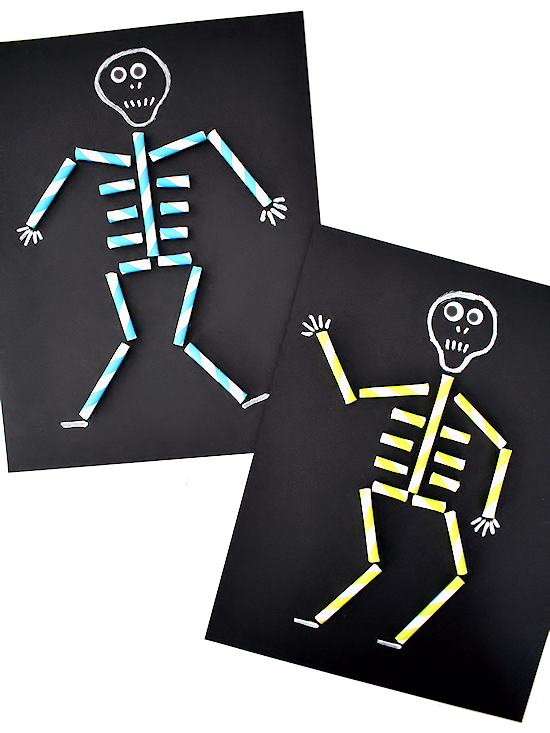 I love this Paper Straw Skeleton Craft because it’s such a simple craft, but you can fix the skeleton in so many fun positions. And the face with the googly eyes. Well, googly eyes just make anything better. Plus, it’s a great lesson in bones and could even be made into a math or science lesson. 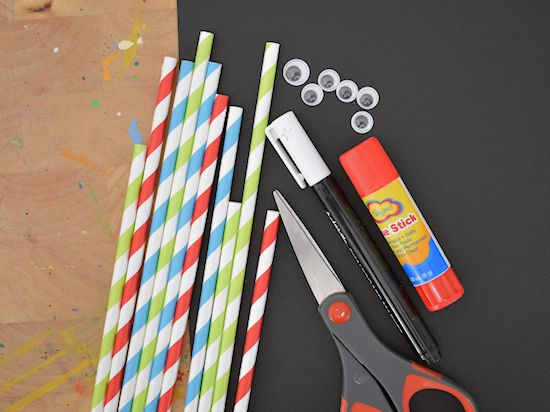 For this Paper Straw Skeleton Craft you will need paper straws. We used paper straws with a stripe of color for fun. Because these skeletons are all about fun! The remainder of the supplies include black cardstock, small-medium googly eyes, a white marker, scissors, and a glue stick.

Begin by cutting the paper straws. Depending on the size cuts, you will need 3 or 4 paper straws per skeleton, 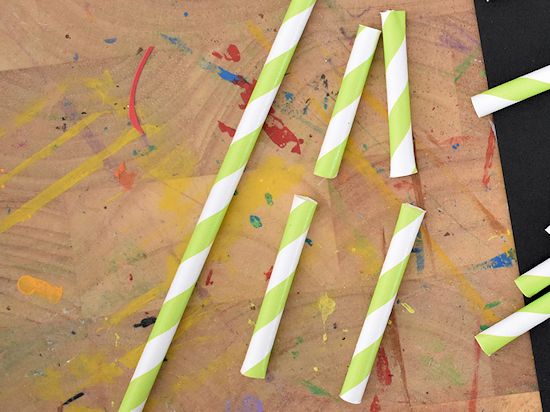 Straw 1 – Cut in half. Cut those halves in half again, one side just slightly smaller than the other. These are the legs. 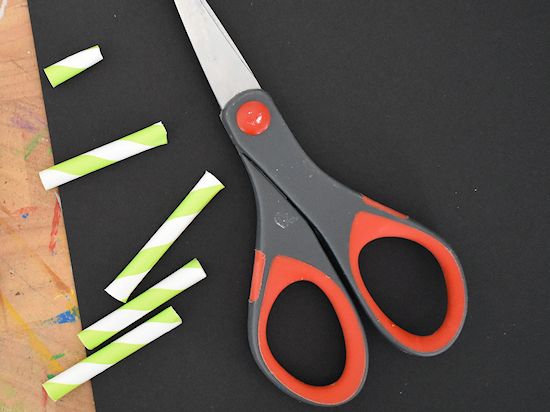 Straw 2 – Cut about a ½” piece off the end. Then, cut the remainder in half and cut those halves in half again, one end slightly smaller than the other. These are the arms. 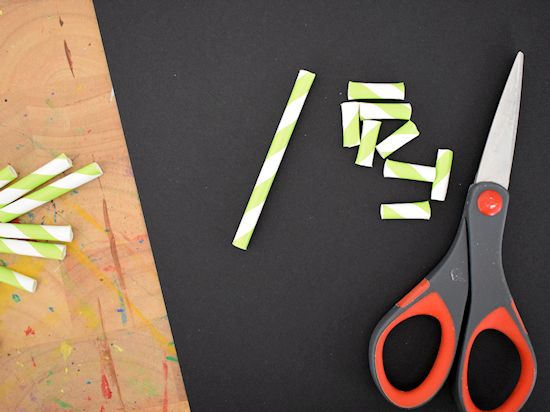 Straw 3 – Cut in half. With one of the halves, begin cutting about ½” pieces. You will need a total of 8, including the one you cut from the arm pieces above. If you can’t get enough ½” pieces from this straw, cut the remainder from the 4th straw. These are the spine and ribs. 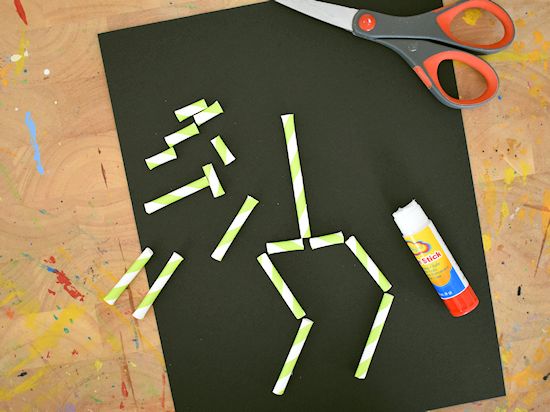 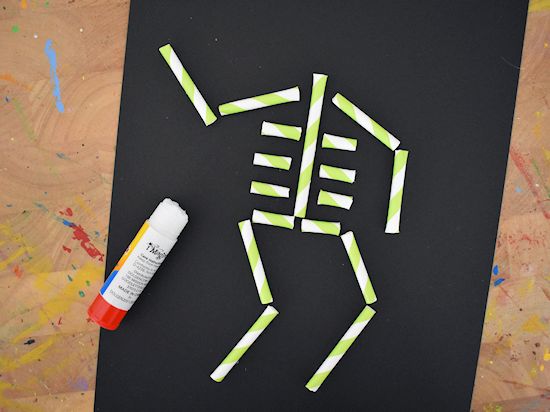 And form arms in position, too, then continue with ribs. 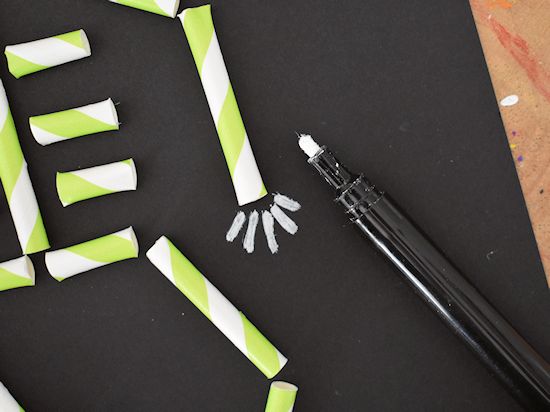 Use the white marker to draw 5 lines for fingers and simple lines for the feet. 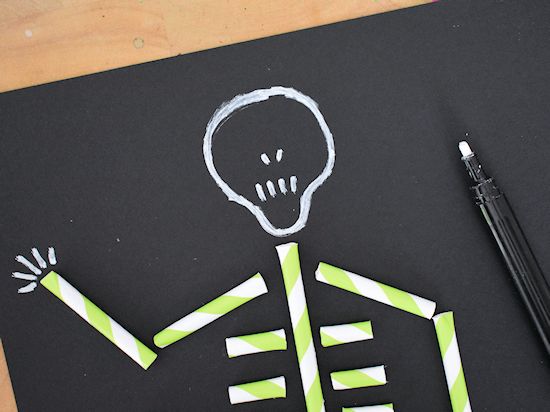 Draw a skull shape. Make marks for teeth and two holes for nostrils. 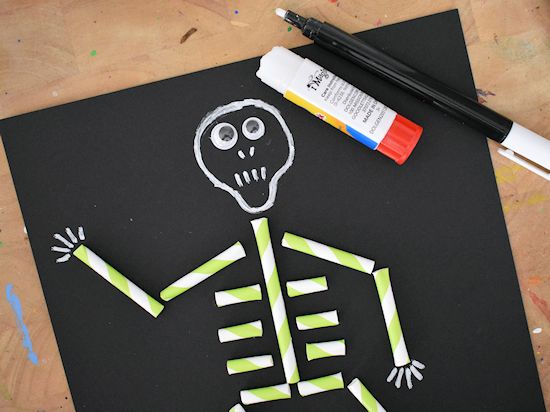 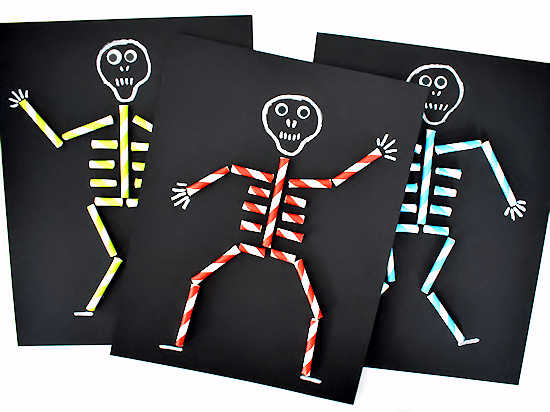 Be sure to check out all of our Halloween craft ideas on Our Kid Things! 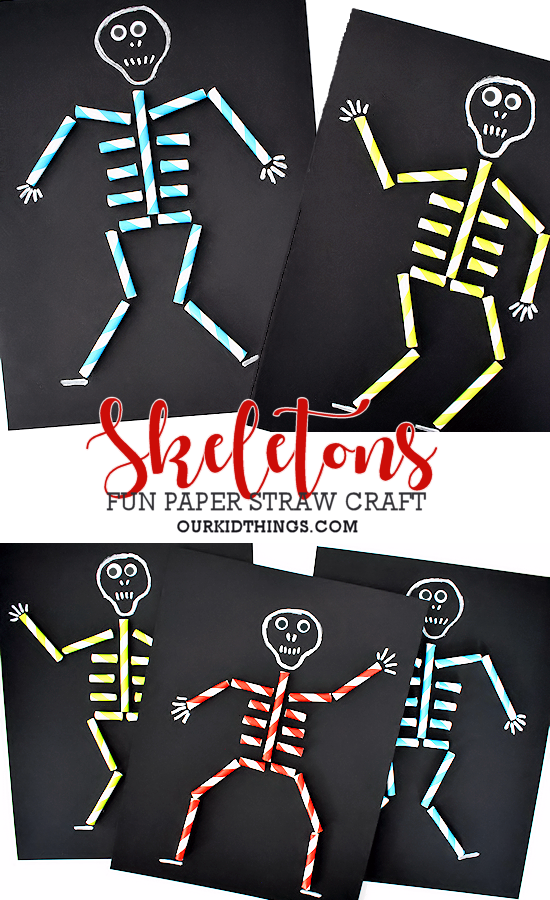