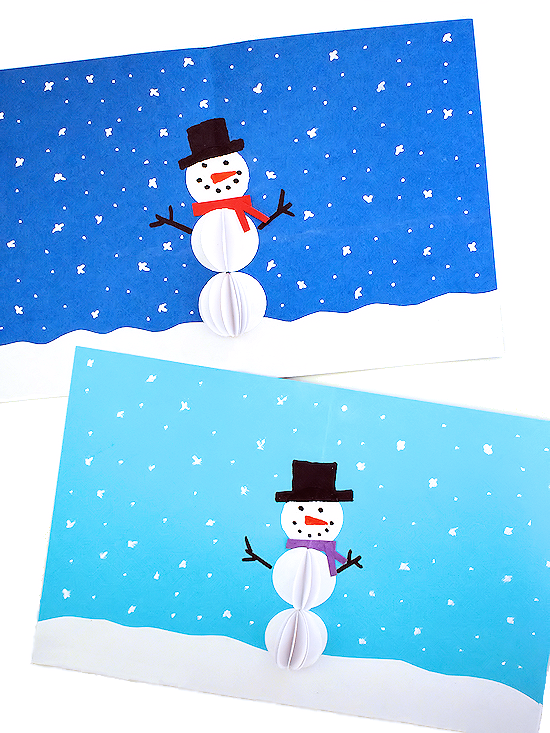 The seasons around these parts likes to skip ahead. Fall is my favorite season, but we just don’t get enough of it. Maybe 2 weeks of truly fall temperatures then winter strikes. And with it comes snow and snowmen and that’s how we were inspired to create these Pop Out Snowman Cards. A truly lovely winter craft. 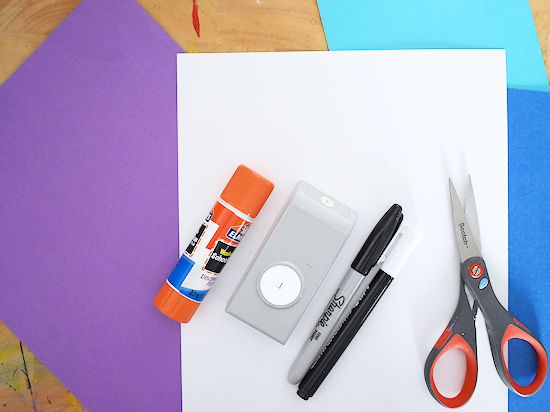 For our Pop Out Snowman Cards you will need cardstock in blue, we used light and dark blue, and maybe purple, too. You will also need small scraps of cardstock for the snowman scarves as well. The remainder of the supplies include white paper, a black and orange sharpie, white marker, scissors, 1” circle paper punch, and a glue stick.

Begin by folding a sheet of the colored cardstock in half. 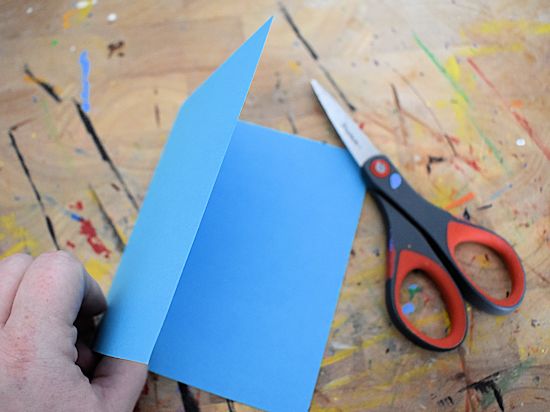 Cut along the fold to create two pieces. Then fold in half again. 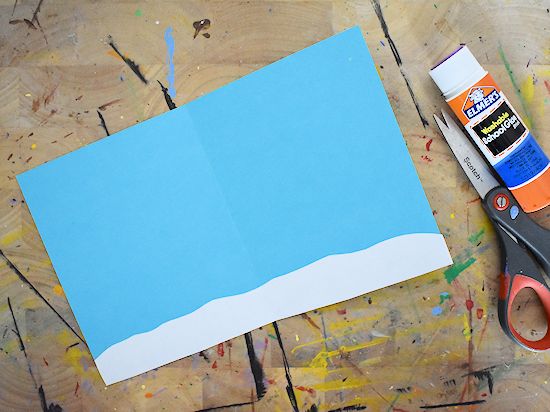 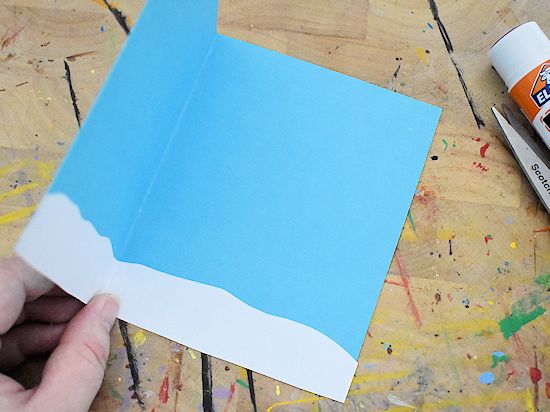 Take a piece of the white paper and cut a wavy strip width-wise. Glue to the bottom of the unfolded card. Fold in half again to secure and further position white paper piece. 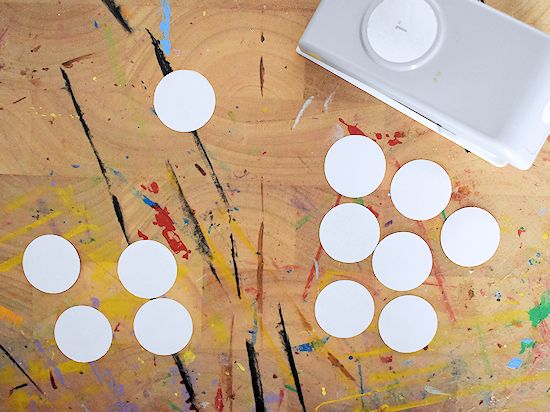 Now punch a bunch of circles out of the white paper with the 1” circle paper punch. You will need 1 circle for the head, 4 for the second body, and 8 on bottom. 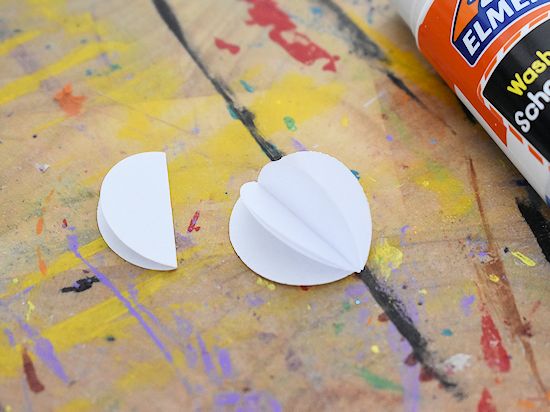 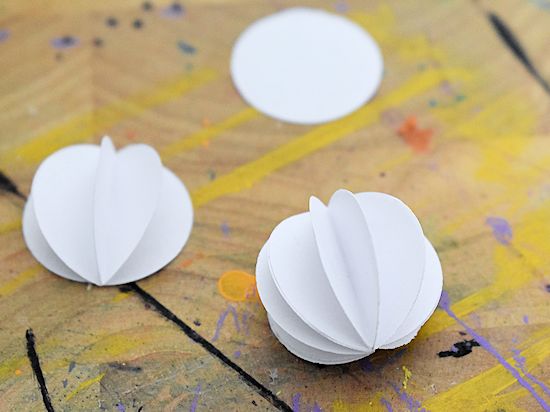 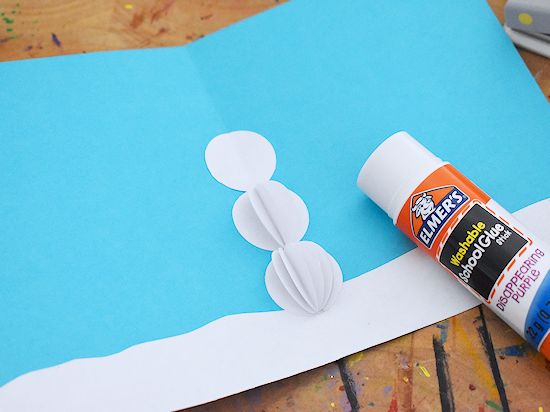 Glue the circles along the fold of the card. 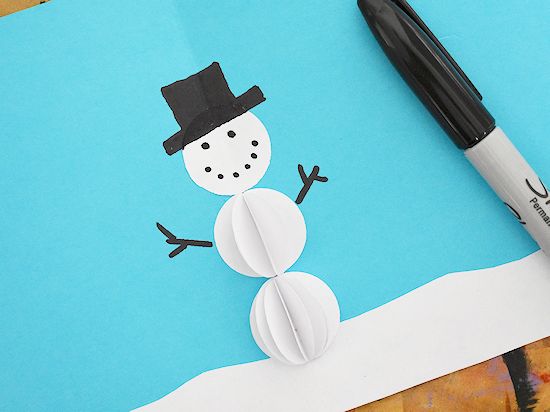 Take the black marker and make simple dots for the eyes and mouth. Draw a tophat, too, as well as sticks for arms. 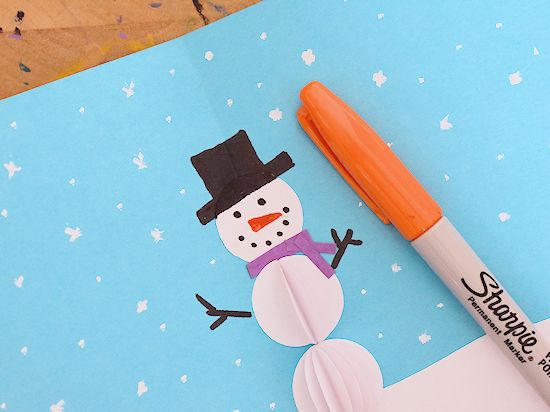 Make a carrot nose with the orange marker. 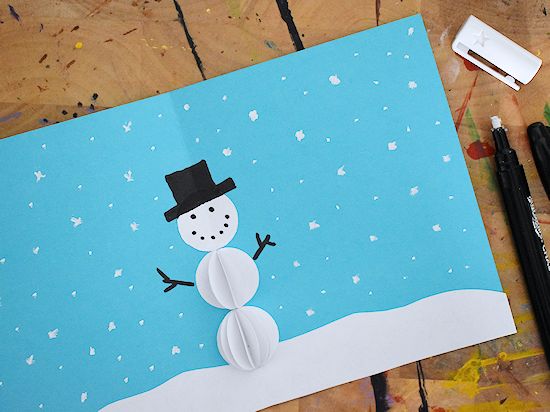 Use the white marker to make dots around the card for snow. 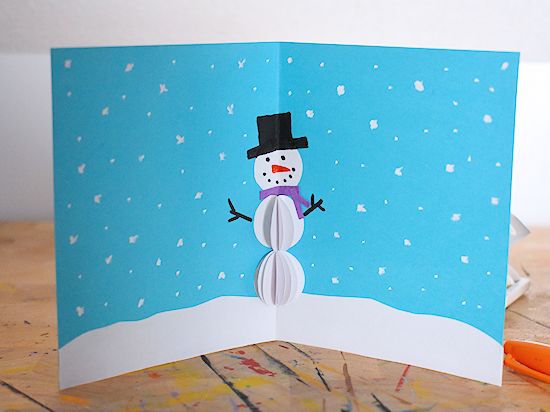 At this time you can cut a thin rectangle from colored cardstock for the scarf and tuck it in behind the circles before the glue sets. Make a V shape out of the cardstock, as well, for the end of the wrapped scarf. 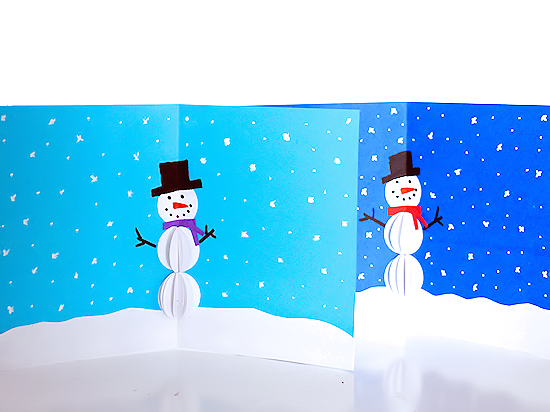 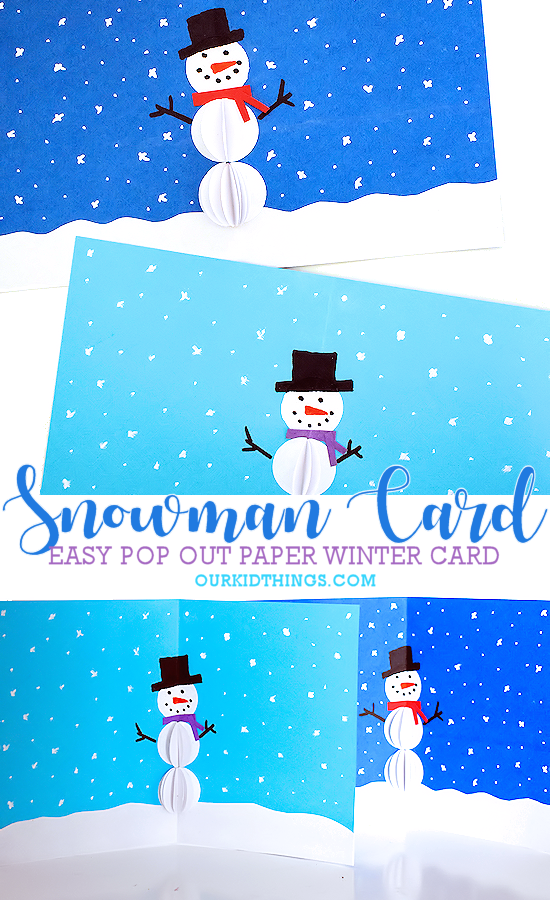