There’s something so cute about sheep. Maybe it’s all the fluff. They just seem so soft and plush, almost like a stuffed animal. Except with hooves and teeth. But you don’t have to worry about teeth with this Sheep PomPom Craft! It stays cute, soft, and fluffy. 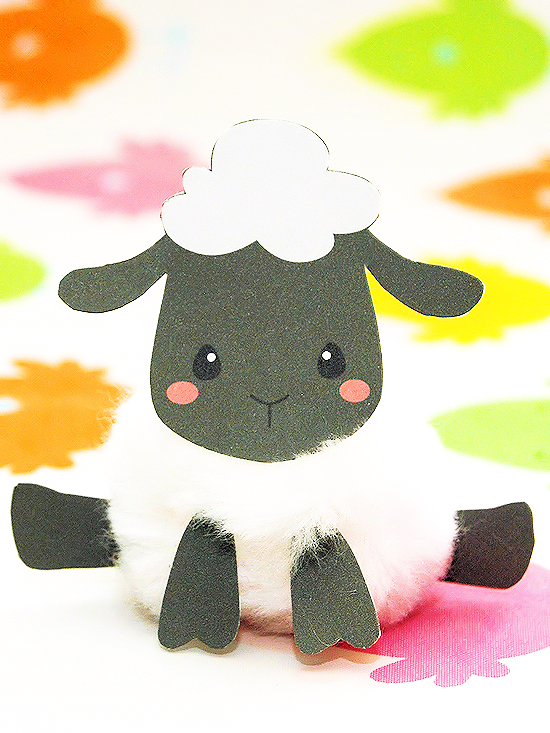 This Sheep PomPom Craft is a perfect little Easter and spring craft. It even comes with a Free Printable of its necessary pieces, as well as the directions. Simply print the sheep on white cardstock, cut out all the pieces, and affix your sheep together on a fluffy white pompom. 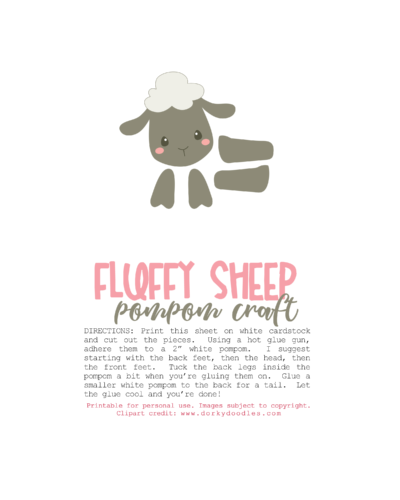 Aside from the Sheep PomPom Craft Free Printable with the pieces for this craft, white cardstock, and a printer, of course, you will also need scissors, a hot glue gun, 2″ pompom, and a smaller pompom for the tail. That’s it! Simple and oh so cute!

Print the sheet on white cardstock and cut out the pieces. 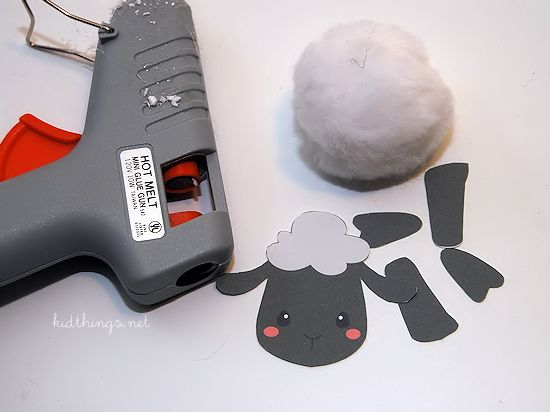 Put two tiny dots on both sides of the tops of the feet and tuck them into the pompom as well so it looks like they’re coming out of the bottom of the pompom.

Adhere the head next, kind of tucking it into the pompom so that it stands up a little, but not so much that it covers too much of the head. 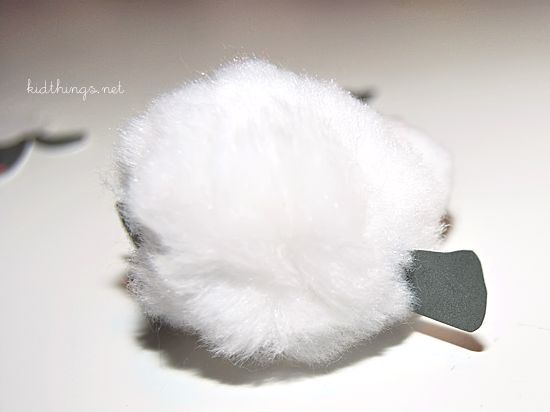 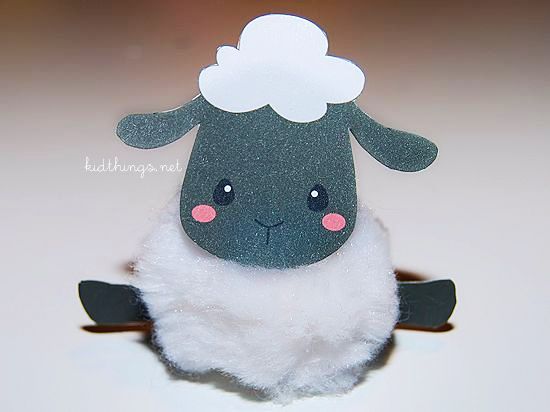 Finally, hot glue on the smaller pompom for the sheep’s tail and your fluffy, soft sheep is complete! 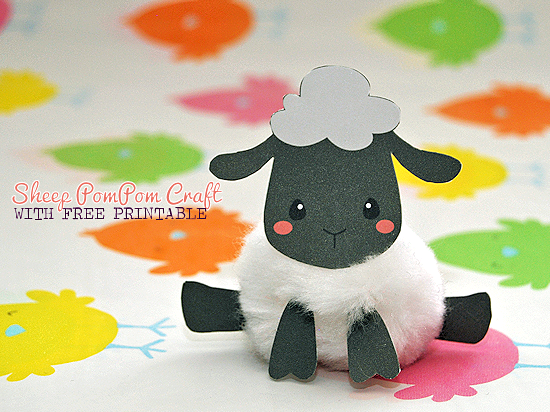 Be sure to check out more fun Easter craft and recipe ideas at Our Kid Things! 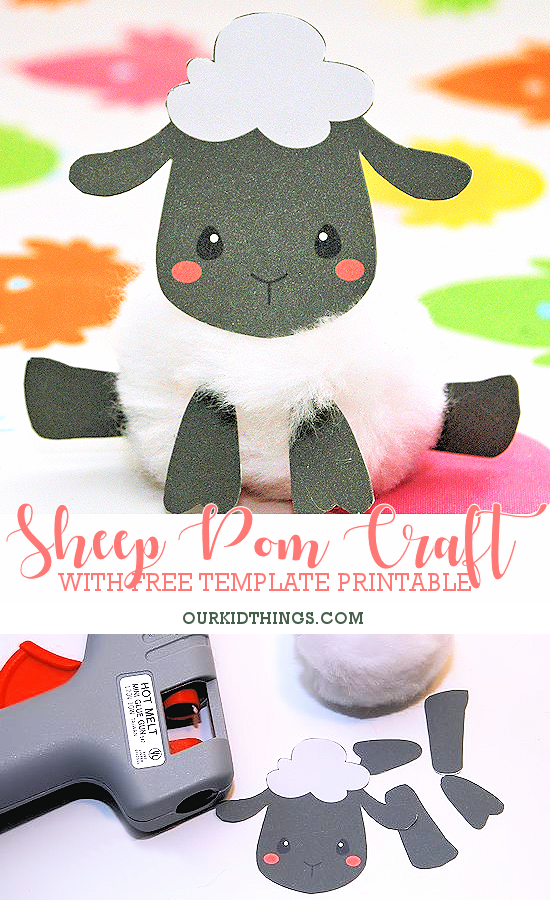