Birds are such amazing creatures. No matter the month or season, they are simply fascinating to watch. Not to mention, they make for wonderful craft subjects. When it comes to the birds of spring, however, they’re just a little bit brighter, a bit more vibrant. Like our colorful Standing Cupcake Liner Birds, and they’re really easy to make, too. 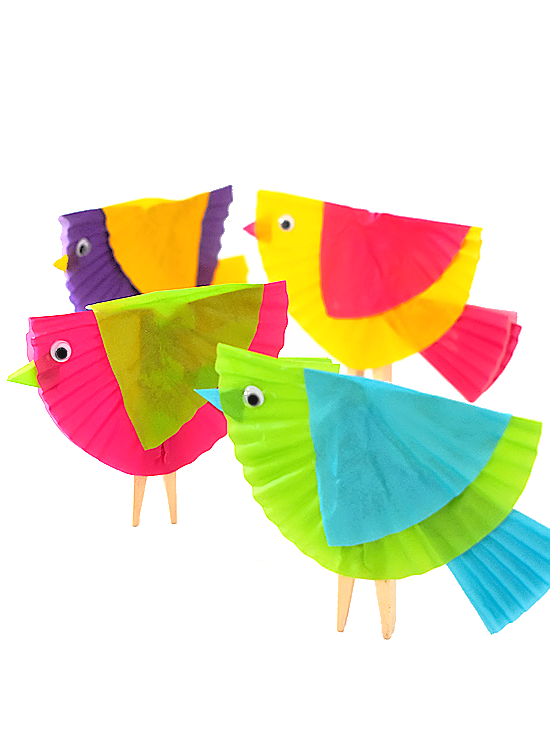 These Standing Cupcake Liner Birds aren’t the only colorful, fun birds we’ve made. We adore these Colorful Tissue Paper Birds and this Craft Stick Bird Craft, with their colorful pipe cleaner wings, is another favorite.

For our Standing Cupcake Liner Birds you will need colorful cupcake liners in an array of colors, 2 colors for each bird. They sell packs of cupcake liners with multiple colors. Then, wood clothespins are used for the bird legs. The remainder of the supplies include small googly eyes, scissors, and glue.

Begin by folding the main bird body color cupcake liner in half, color showing, then fold in half again. 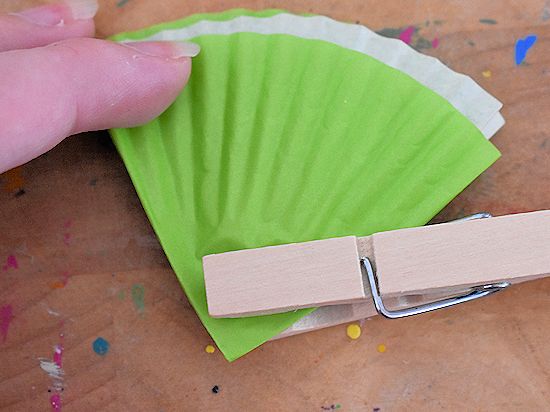 Clasp the clothespin at an angle around the center point of the liner. See image above. 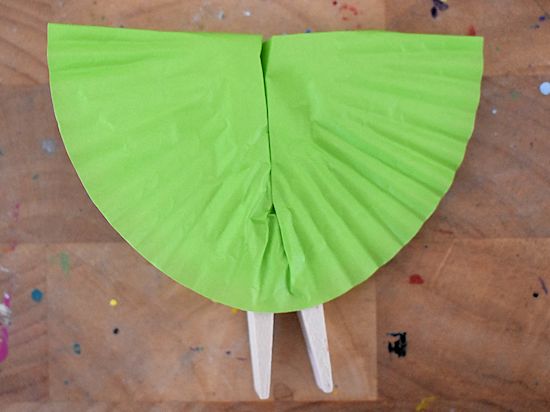 Next, spread the cupcake liner back out in a fan shape. Be sure to continue leaving the point clasped in the clothespin. 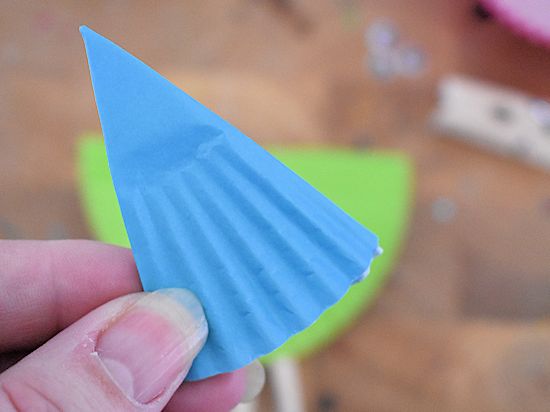 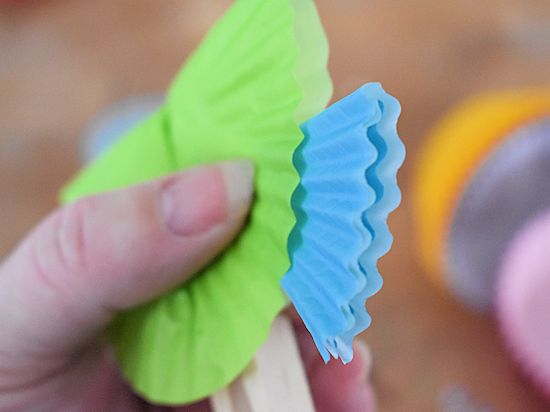 Leaving one of the cut section as is, glue on the point of both sides and slide in between the cupcake liner body in back of the bird for the tail feather. 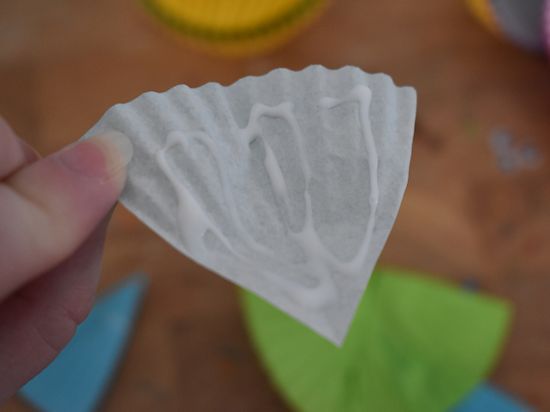 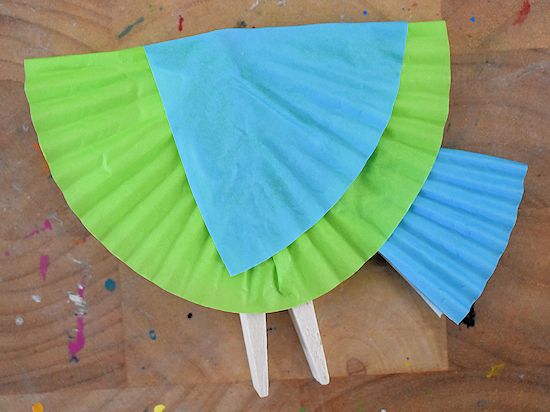 Take the other section, unfold, and fit around the center of the body of the bird for the wing. Glue in place. 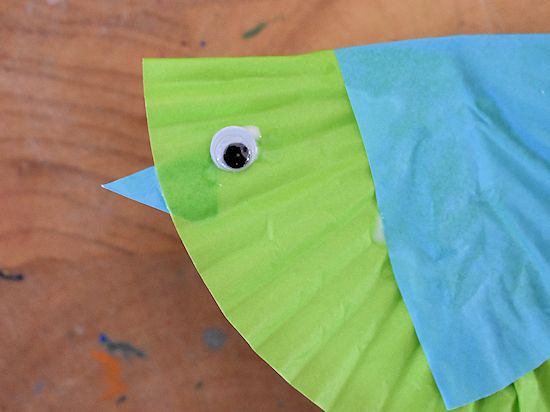 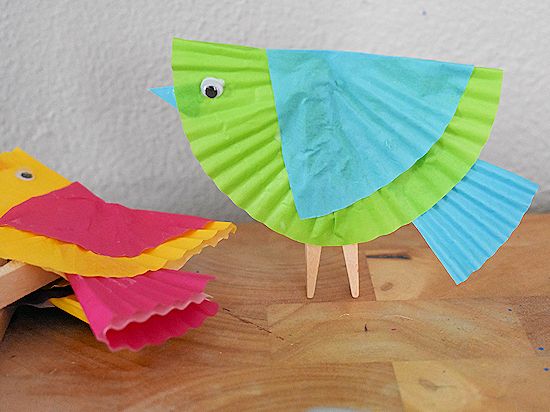 With any scrap feather pieces left over, cut a small triangle for the beak and glue in place between the front part of the cupcake liner. Glue on a googly eye. 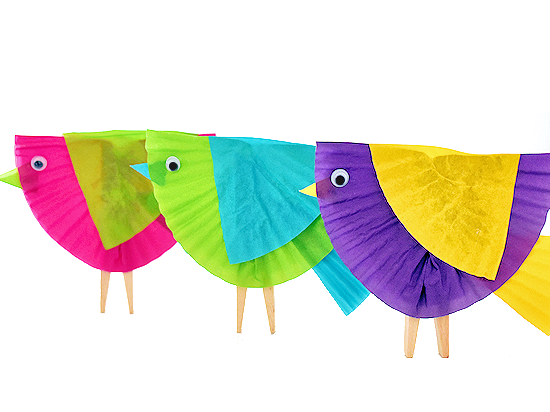 If you’re looking for another colorful cupcake liner craft these Colorful Cupcake Liner Snails are especially fun. Be sure to check out more of our fun spring crafts at Our Kid Things! 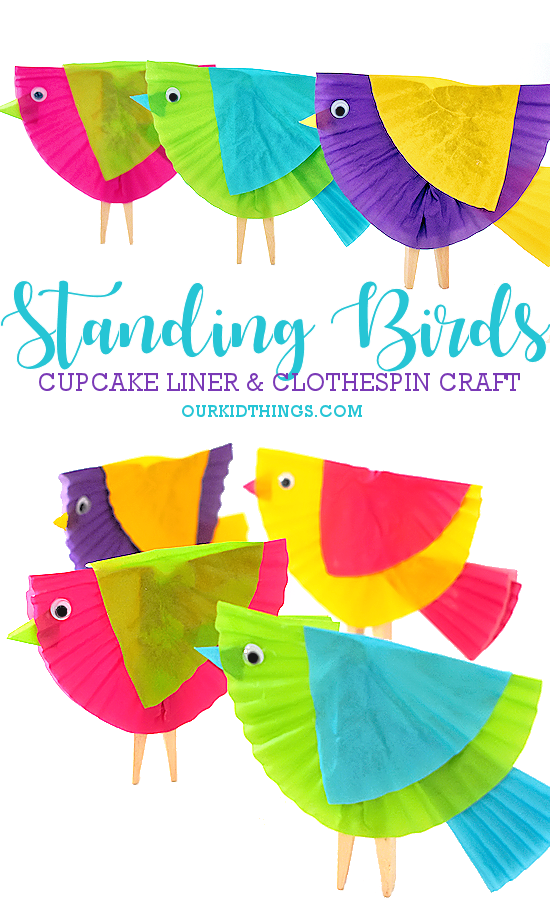