The great thing about having an almost 9 month old boy is that I get to go through all the fun little boy stages. Like trains, baseball, and dinosaurs. My girl was fun, too. But I’m a girl, so it was fun in a different, familiar kind of way. Except that she likes trains, baseball, and dinosaurs, as well. So in other words, babies are just fun and new and like things. And this Craft Stick and Clothespin Stegosaurus Dinosaur Craft is fun for everyone! 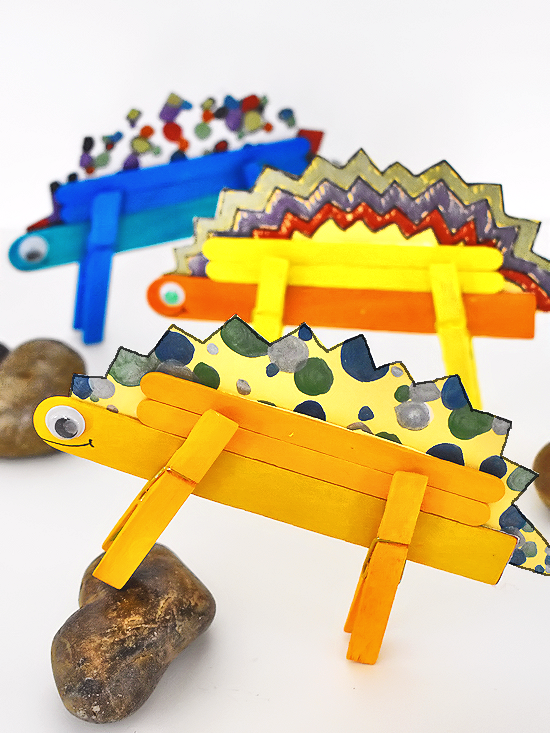 My 9 month old is already fascinated by the prehistoric beasts. In fact, one of his favorite songs right now is the Dinosaur Stomp. Thus, I wanted to come up with a dinosaur craft where the dinosaurs could actually stand and stomp. The Stegosaurus seemed like a fun dinosaur to craft around. 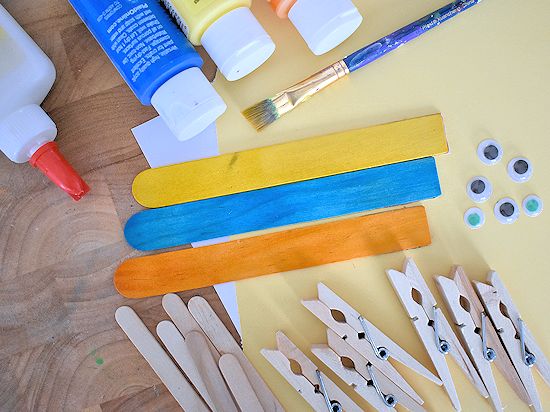 For our Stegosaurus Dinosaur Craft, you will need large craft sticks, as well as smaller craft sticks, and wood clothespins. The clothespins are fun to use, because they make it so your dinosaur actually stands and stomps around. You will also need cardstock in either white or we also used a pale yellow. Along with that, gather acrylic paints, markers, glue, and googly eyes.

Our Kid Things is a participant in the Amazon Services LLC Associates Program, an affiliate advertising program designed to provide a means for sites to earn advertising fees by advertising and linking to amazon.com.

Start by painting one large craft stick and two smaller craft sticks for each dinosaur along with 2 clothespins in the colors you’d like your dinosaurs. You can use corresponding colors or mix and match. Let dry. 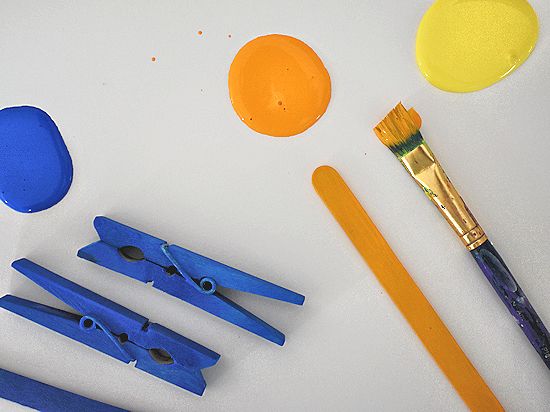 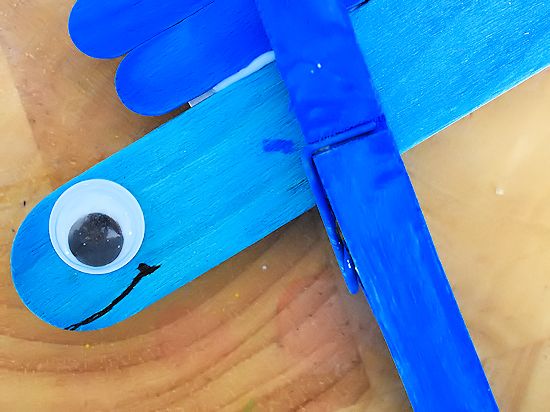 Glue on a googly eye. Draw mouth a black marker. 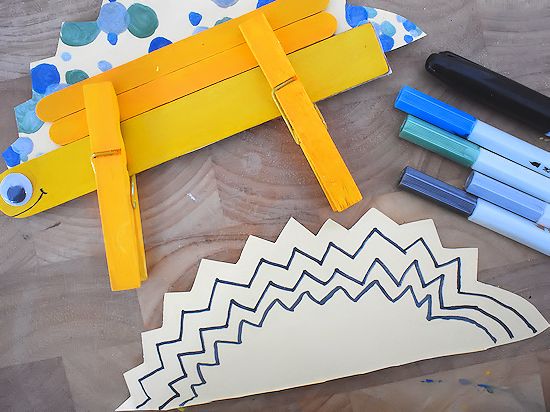 Cut a large half circle from a piece of cardstock. Measure against craft sticks to make sure it’s long enough to reach from head to extended past the end for a bit of a tail. And it needs to be taller than the craft sticks, too. Cut in spikes and make a tail. Color the cardstock with markers however you’d like your dinosaur. I also like how it looks when you outline the spikes with a black marker. Then, either glue in place or simply clip on with clothespins to swap out spikes. Attach clothespins as high as they will go over clothespins and securing spikes. 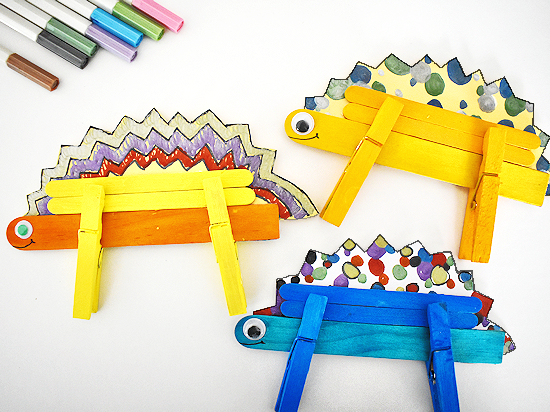 We’ve made Egg Carton Dinosaurs before and they’re a great way to reuse empty egg cartons. It’s a popular post around here, and for good reason. I hope this Craft Stick and Clothespin Stegosaurus Dinosaur Craft is a new favorite, too! Be sure to find more fun craft stick crafts at Our Kid Things! 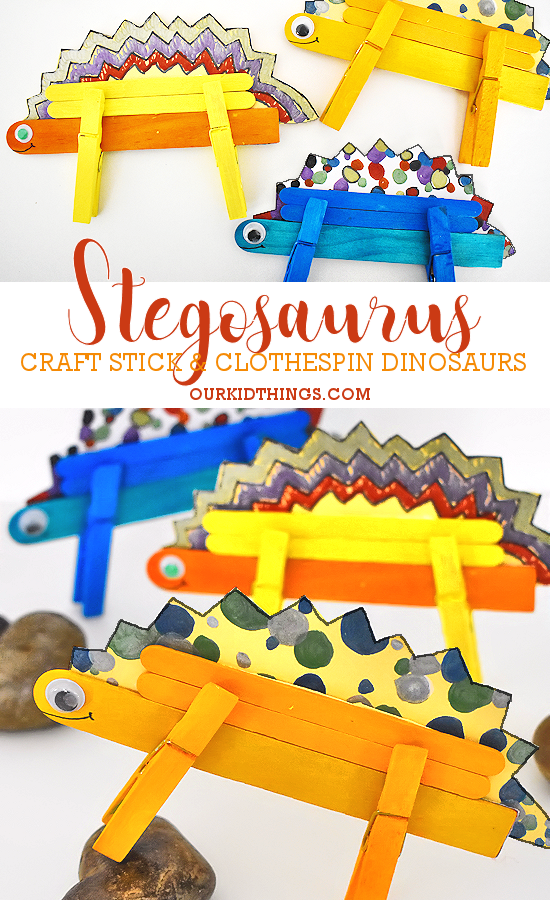