It wouldn’t be fall and the season of Halloween without a jack-o-lantern. So we’re starting it off with this Watercolor on Newspaper Jack-O-Lantern Mixed Media Craft! 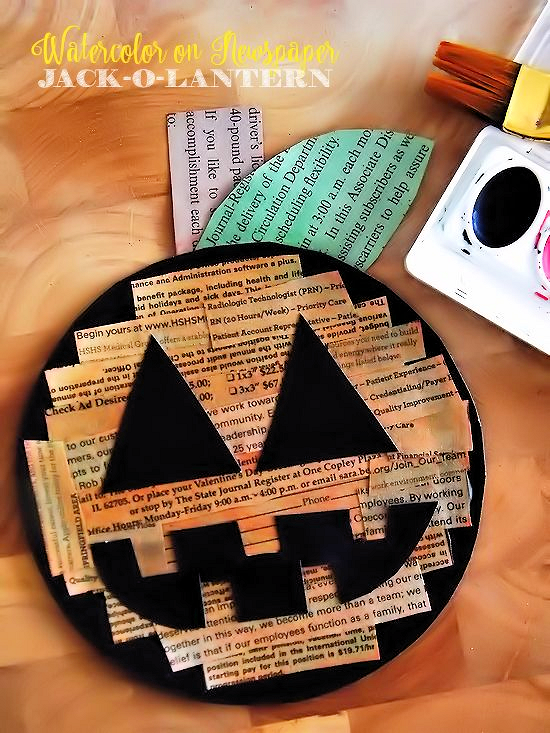 Using up what most of have around the house is my favorite way of crafting. For our Watercolor on Newspaper Jack-O-Lantern Craft you’ll need yesterday’s newspaper, first of all. We’re going to paint it with watercolors in orange, with a bit of brown and green, too. Then, once the watercolors are dry, we tear or cut the newspaper into strips to make a sort of newspaper pumpkin collage. Aside from newspaper and the watercolor hues, you’ll need black cardstock, scissors, and glue to make a jack-o-lantern that’s so much easier than carving into a pumpkin.

First, cut a circle from a sheet of black cardstock. I used a small dessert sized paper plate as my template for the circle. You will also need to cut two triangles and a mouth for your jack-o-lantern from the black cardstock.

Lay out a sheet of newspaper and paint it with watercolors. Most of it needs to be orange, but paint some green and brown, too. Let dry. 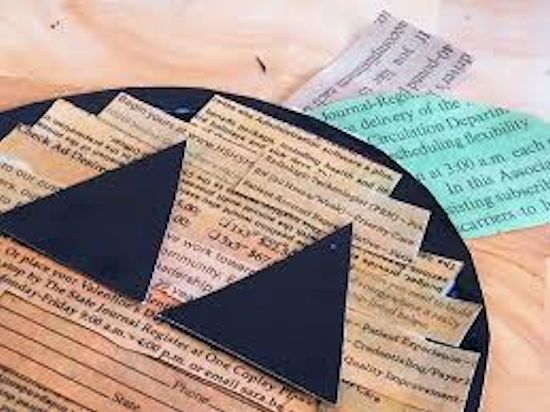 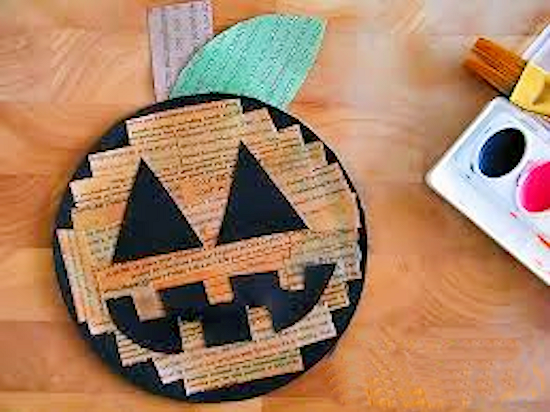 Glue on triangle eyes and jack-o-lantern mouth, too. And your Watercolor on Newspaper Jack-O-Lantern Mixed Media Craft is complete! Be sure to check out more of our Halloween craft and recipe ideas at Our Kid Things!