Snakes, in all their slithery and scaly glory, would not be a normal first choice on a dessert tray. At least I wouldn’t think so. They’re not typically cute nor tasty. Though I’m sure some kids would think differently. Some kids would be thrilled to see snakes on the menu. Especially when they’re candy and on a cupcake. Because it is everything good and nothing you would expect in these Yummy Gummy Snake Cakes! 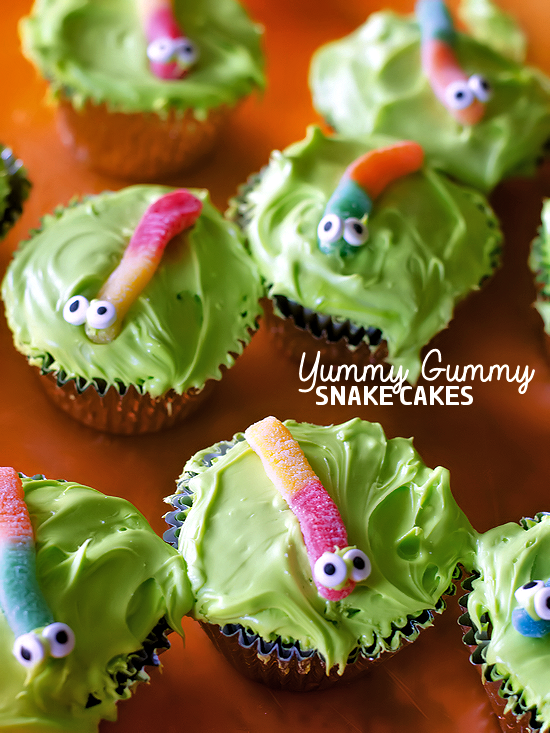 With an easy box vanilla cupcake base, these Yummy Gummy Snake Cakes would be perfect for a boy’s summer birthday celebration or even an end of summer backyard garden event! They’d also be a fun addition to any upcoming Halloween parties. They stand out with a touch of green â€œgrassâ€ in the icing and a gummy worm candy snake. 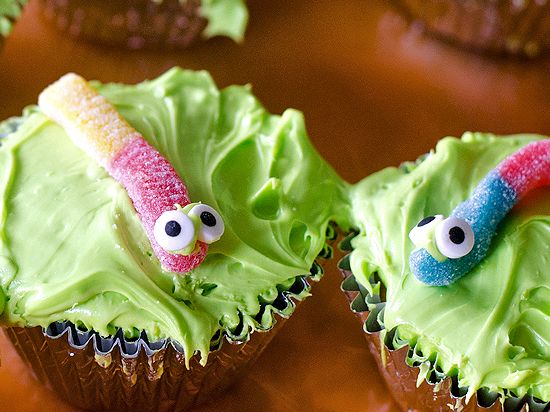 For our Yummy Gummy Snake Cakes, you first need to combine the cake mix with eggs, oil, water, and two drops of green food gel. Use an ice cream scoop to measure the mixture into cupcake liners. Bake at 350 for 20 to 25 minutes until lightly golden brown. Then in a small bowl, mix vanilla icing with another two drops of food gel. Ice each top of the cupcakes. Place snake on top. Put some icing in the ziploc bag. Cut off the slightest tip and pipe a dot on each eye. Place the eyes on the snake. 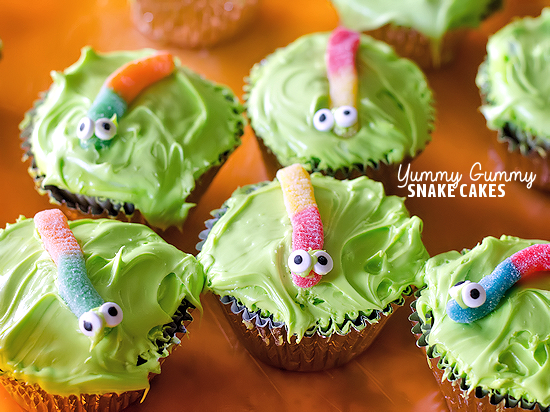 You don’t even need to love snakes to love these Yummy Gummy Snake Cakes! If snakes really aren’t your thing, though, these guys can also pass as worms. Kids love worms, too!

Be sure to check out all of our fun kid food ideas at Our Kid Things!