Not to toot our horn here, but we have got the absolute cutest handprint Valentine’s Day card craft today! I hope you, your kids, and the recipient loves this Heart Balloons Card as much as we do! 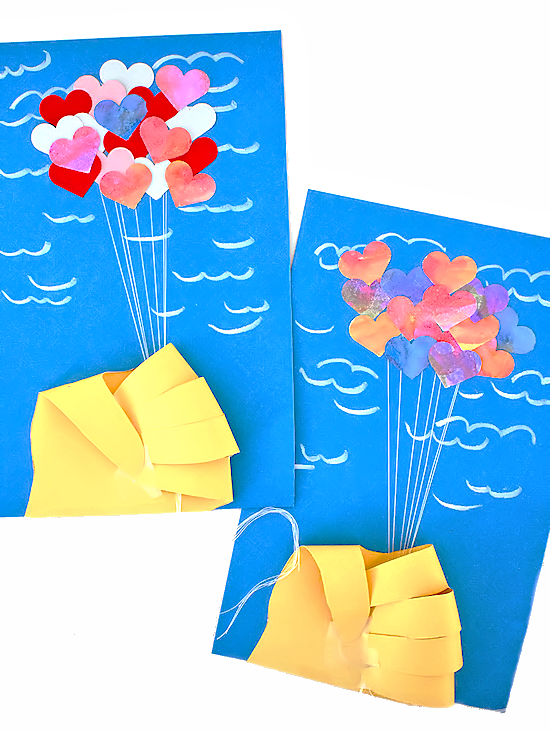 On the heels of our Handprint Heart Tree comes this absolutely darling Heart Balloons Card! Set against a blue sky cardstock card, what makes it extra special is that your child’s cut out handprint is holding the bunch of balloons. It’s a beautiful card and keepsake! 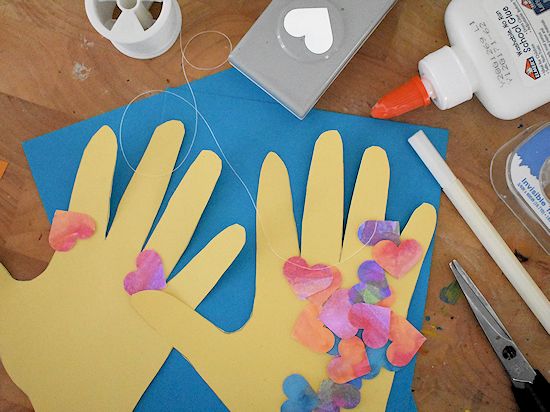 For this Heart Balloons Card, you will need blue and yellow cardstock, white thread, a white marker pen, clear tape, glue, and scissors. You will also need hearts and a heart paper punch or cut your own. For our hearts, one card was done with mainly red, pink, and light blue cardstock colored hearts. 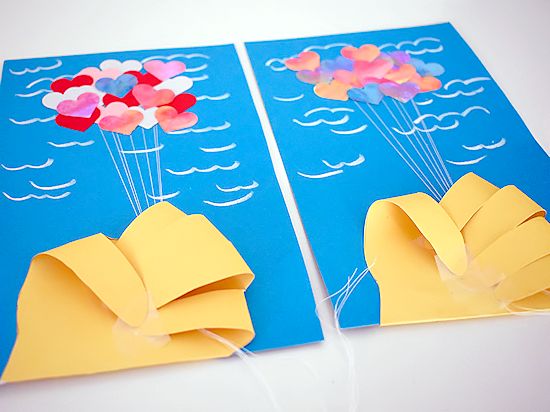 The other card, we used watercolor hearts from watercolor paintings we had done for another project. That project didn’t turn out as hoped, so we used it for hearts. Either way is beautiful.

First, trace child’s handprint on yellow paper and cut out. Cut sheets of blue cardstock in half width-wise. Punch hearts from your colored paper of choice. 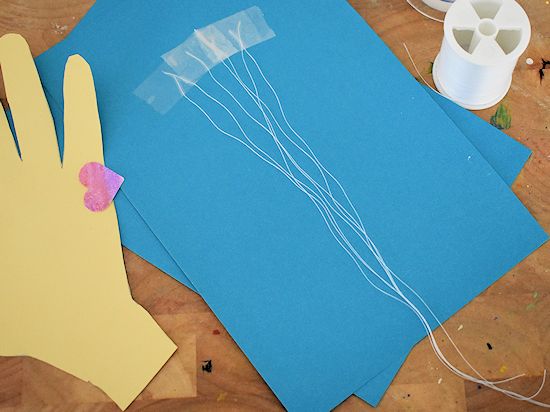 Snip 6 or 7 strings of thread longer than the blue paper. Tape each strand of thread about ¼ way down the paper, separated slightly. Tape will be covered with hearts. 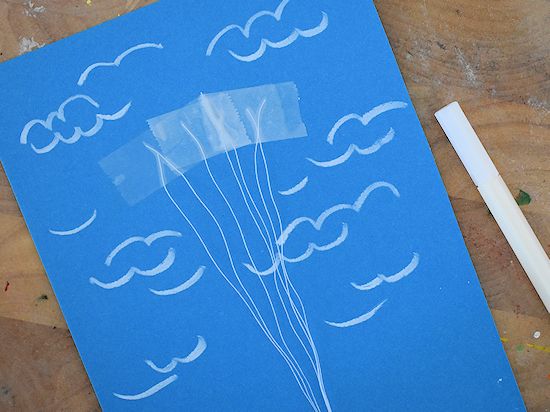 Draw cloud lines on the blue paper with the white marker. 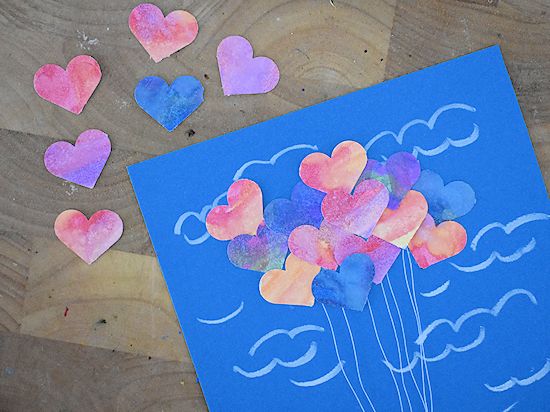 Glue a bunch of hearts on and around the tape from the strings. Use enough to cover the tape entirely, and then some. 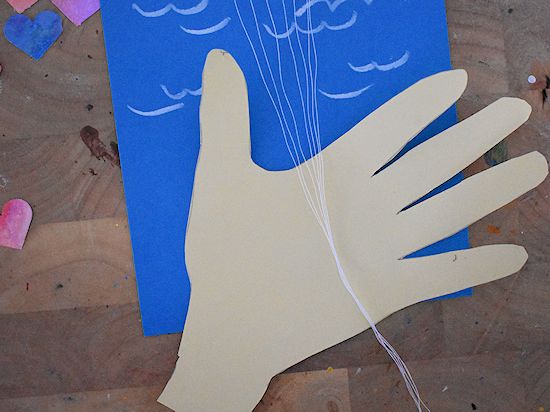 Take the handprint and glue to the bottom of the card, so the pinky finger rests just on the bottom edge. Be sure not to glue the fingers. 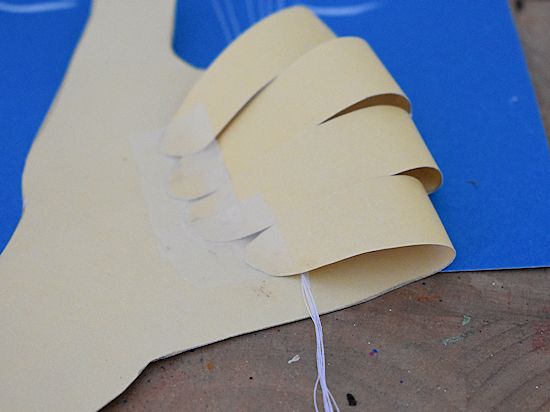 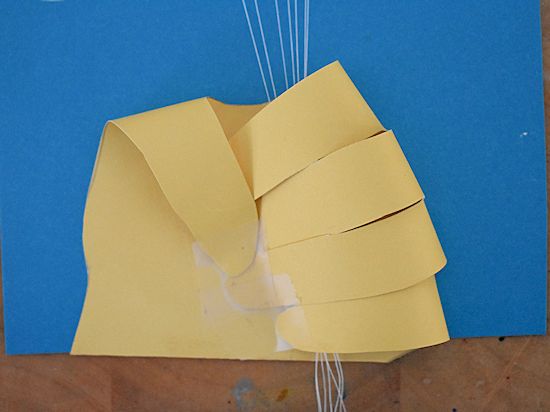 Use tape to position the thumb across the fingers. Finally, tape excess handprint to the back of the card, or cut off. 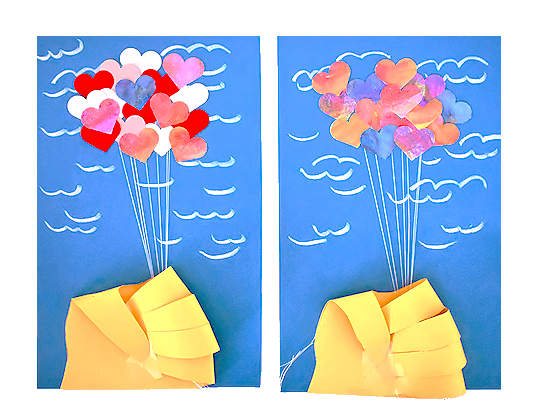 Who wouldn’t love to get this card? So cute, and perfect for many other occasions besides Valentine’s Day. This would make a great Mother’s Day card, too. For now, though, be sure to check out all of our fun Valentine’s Day craft ideas at Our Kid Things! 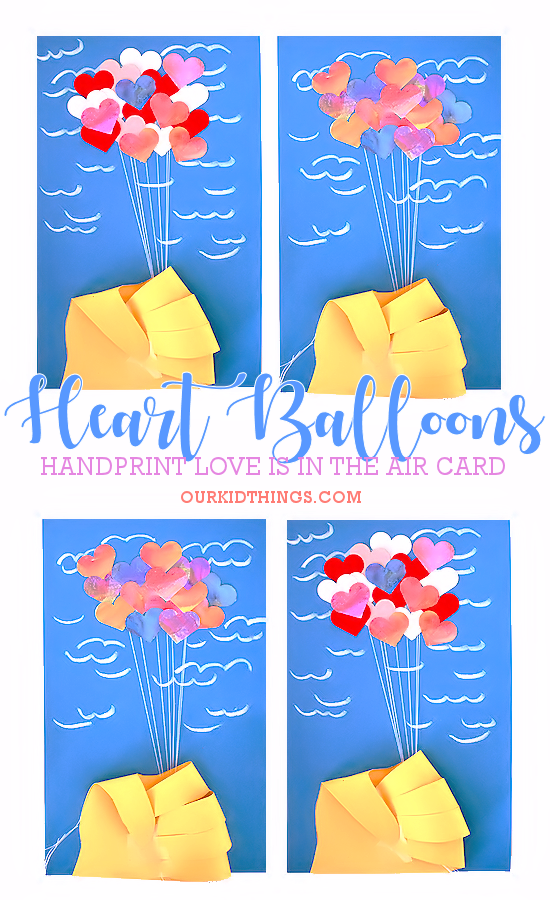