This Cupcake Liner Snails Craft is such a colorful and creative craft idea. Using just a few supplies, it’s amazing how many different ways you can make these slimy, slow-paced creatures. And what’s better, I can say they’re actually cute. 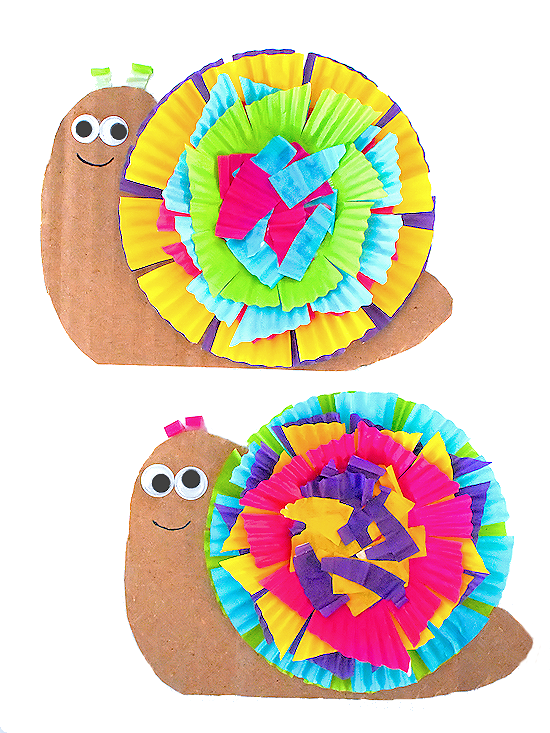 Truth be told, I’ve always had a fascination with snails. I remember picking out a couple at the local fish center to bring to our aquarium at home. There, I would watch for what seemed like hours as the snails made their way up and down the walls. And now, when we happen to catch one outside, they’re just amazing to watch. 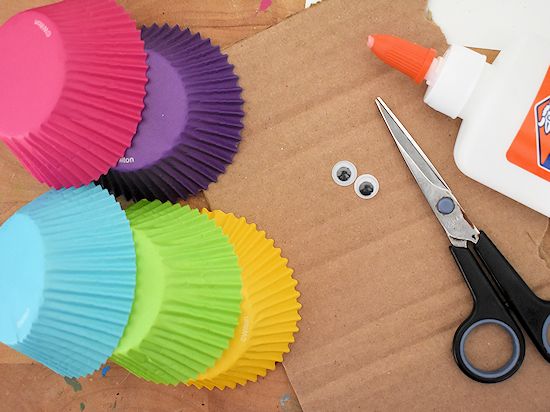 Our Cupcake Liner Snails Craft isn’t our first snails craft. We’ve also made a Valentine’s Day CD Snail Craft using one of my favorite craft supplies, mostly because we have so many that need used up, old CDs. For our Cupcake Liner Snails Craft, though, you will need 5 cupcake liners, each in a different color. Also, sheets of cardboard, medium googly eyes, a black pen, glue, and scissors.

First, take 5 cupcake liners and turn each inside out. 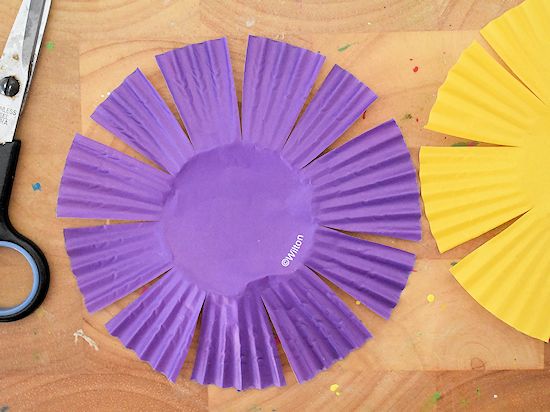 Then, make cuts to the bottom part of the liner, letting the lines on the cupcake liner guide you. Each snip spaced a few lines apart. 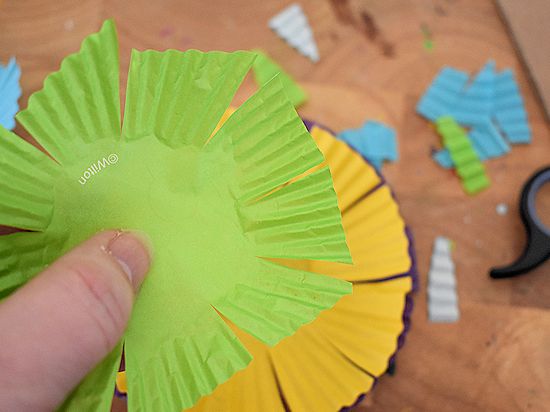 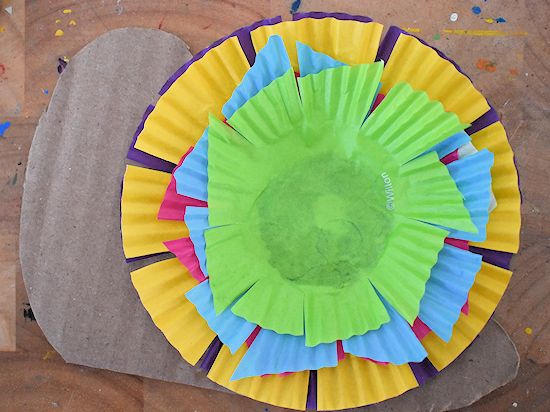 Layer the 2 full cupcake liners on top of each other. Glue. Then layer and glue each of the random cut liners. 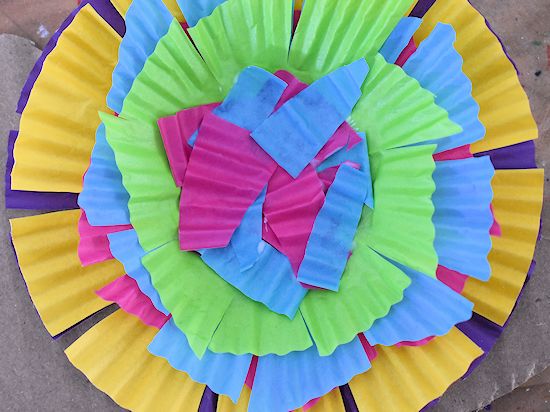 In the center of the cupcake liner, glue on the cut pieces from the random cut liners. Glue haphazardly, with no rhyme or reason. 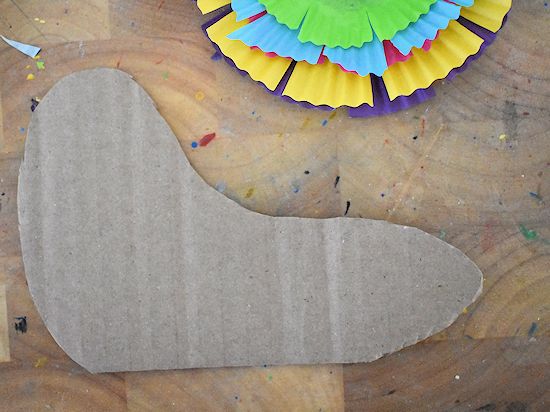 Cut a sheet of cardboard in a fat boomerang kind of shape. We tore off flaps from shipping boxes and cut our snails from there. 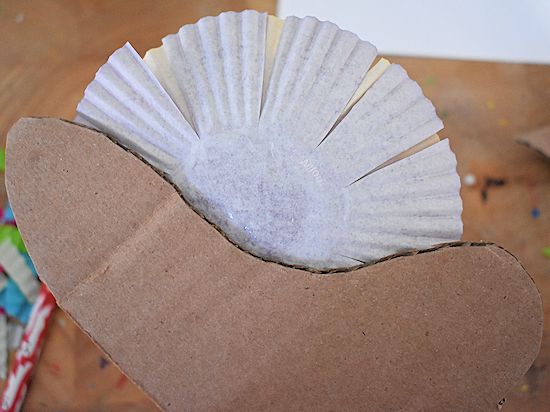 Glue the cupcake liners to the fat part of the snail. 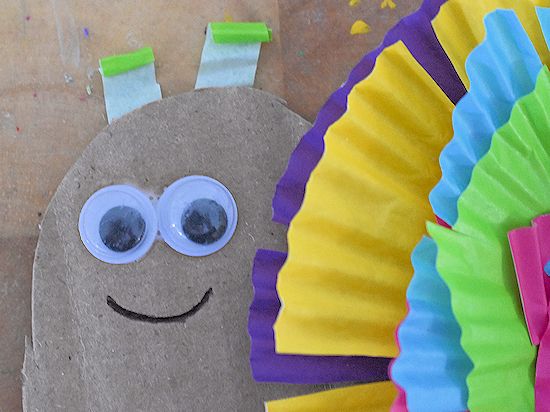 Take 2 thin rectangles from the cut liners and roll one end. Glue to the top of the cardboard for the snail’s antennae. Also glue googly eyes and draw a simple mouth. 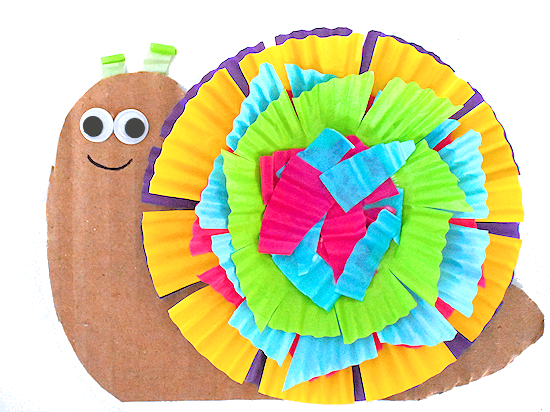 Such a fun, simple, and colorful craft project that we hope you will love just as much as we do! Looking for more spring ideas? Be sure to check out all of our spring craft ideas at Our Kid Things! 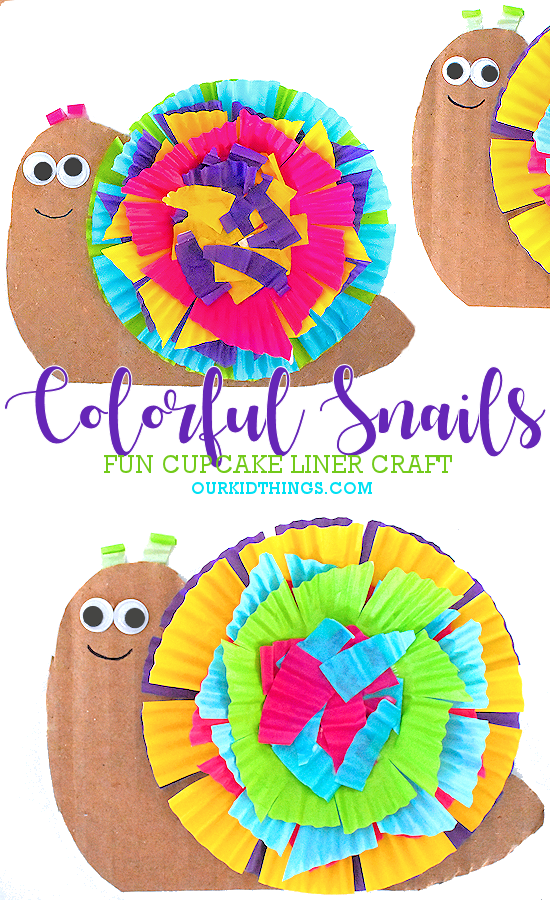