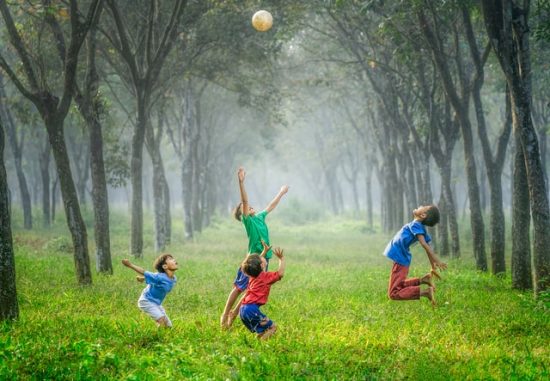 Photo by Robert Collins on Unsplash

Modern technology, social media, and TV are all great things, but they can have an impact on adults and children. Especially when it comes to body image. Numerous studies have shown that children now worry about their appearance more and earlier than previous generations.

While you can’t control everything they’re exposed to as they are getting older, there are ways that you can model good behavior at home, so that they have a good role model from which to take their cues.

Be careful of the language you use
Most of us throw the terms ‘fat’ or ‘skinny’ around without realizing it. We might not mean it in a derogatory way, but kids only hear the words and the negative connotations around them. Try not to use the words to describe yourself, other people, or your children.

Model a healthy lifestyle
Even if you have a lifetime of bad habits behind you, having kids can often be the kickstart you need to start looking after yourself. There are many ways to do this, you can click here to find out how to reduce muscle mass or there are many online programs that you can use to exercise at home.

Seeing you exercise or eating healthily is a positive thing for your child. It normalizes this kind of activity, rather than exercise being seen as a punishment or something to be avoided.

Focus on health rather than looks
Most people want to look good and feel healthy and comfortable in their own bodies. But what that looks like is different for each person. Even though you might be trying to exercise and eat well because you want to look good, you should focus on the health and mental benefits of your activities.

Encourage your children to be healthy by telling them they’ll feel better, or they’ll be able to play more or be good at a sport. Don’t make it all about the outward physical benefits.

It is a balancing act, as we want children to know what healthy is, but that health and what’s considered beautiful can sometimes be two different things.

That goes for positive compliments too. For example, if someone you know has been on a health kick and lost a lot of weight, saying to them ‘you look so skinny’ is reinforcing that skinny is better. Now no one is saying you can’t compliment someone, especially if you know they’ve been working hard, but overemphasizing the physical benefits only can skew your child’s opinion of what’s healthy and what’s not.

Takeaways
During their formative years, children look to their parents, carers, and the people around them to help them make sense of the world. By setting a good example when it comes to health and body acceptance, you can equip them with a healthy attitude towards themselves.