This Paper Rainbow Craft is such an easy crafty card idea. It’s the perfect card to make for St. Patrick’s Day or the spring season, using bits of cut paper strips to form a rainbow mosaic. 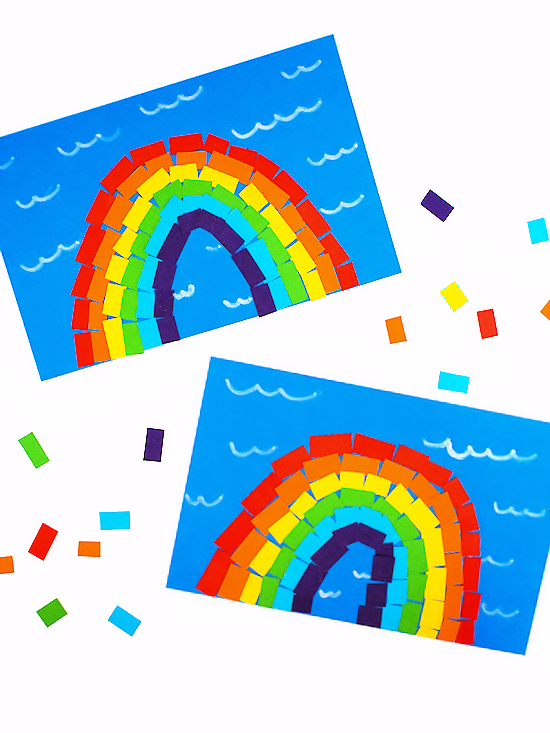 Need more rainbow craft ideas? We have ‘em! Be sure to check out our Fork Painted Rainbow Craft for a fun art technique, Coffee Filter Watercolor Rainbows are so pretty, this Heart Rainbow Craft is such a sweet keepsake, and we adore this Yarn Wrapped Cloud Rainbow Craft. 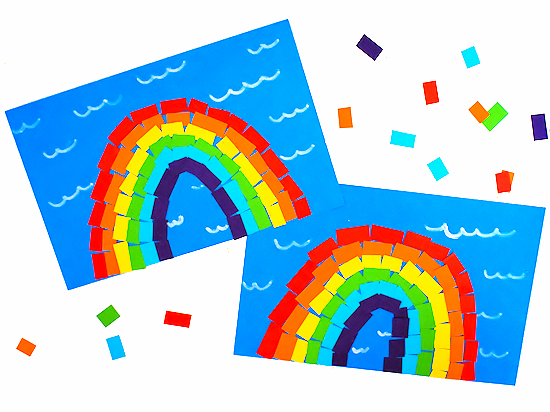 For our simple Paper Rainbow Craft you will need blue cardstock as well as cardstock in the colors of the rainbow. Red, orange, yellow, green, blue, and violet. We’re missing indigo, but you can include that, too, of course. And we used a slightly different shade of blue for the card base as the blue that’s in the rainbow. 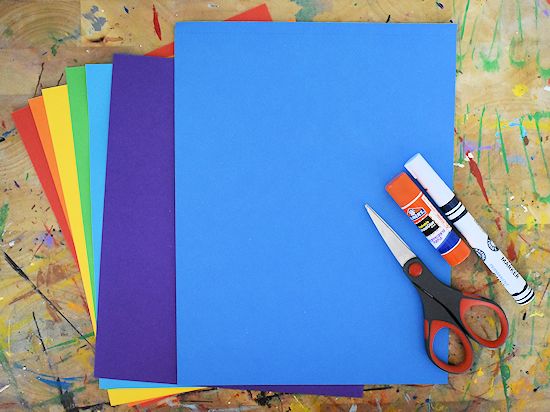 The rest of the supplies include a white marker, scissors, and glue. 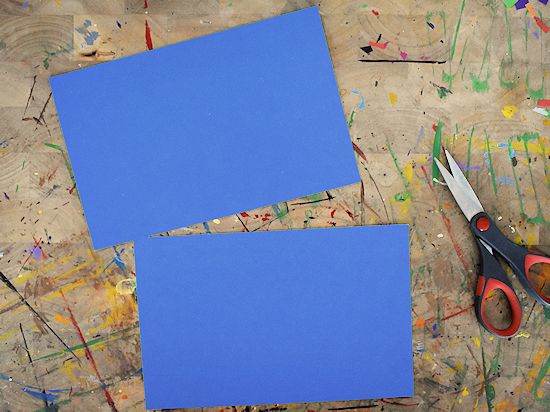 Cut the base blue cardstock in half for the card. 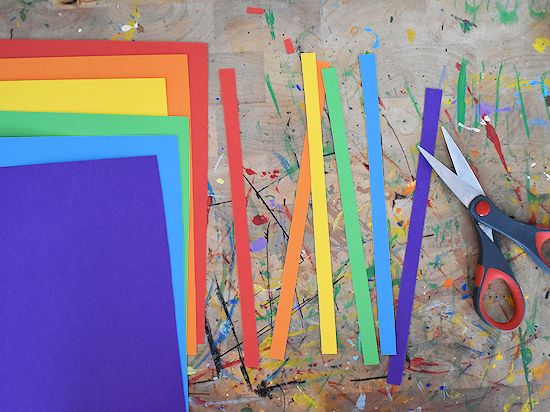 Now, take the cardstock colors of rainbow and cut about ½” strips. 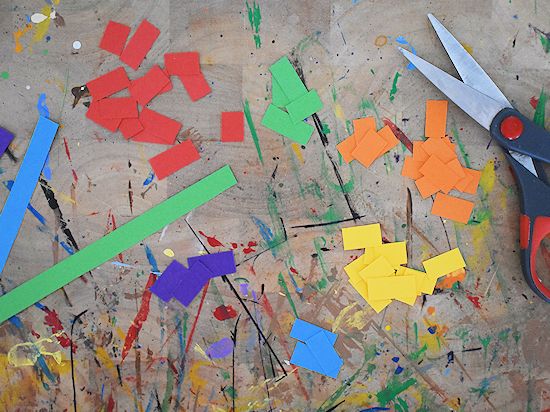 Snip those colorful strips into small pieces. Keeping the colors separated makes forming the rainbow easier. This makes a great lesson in colors for smaller kids. 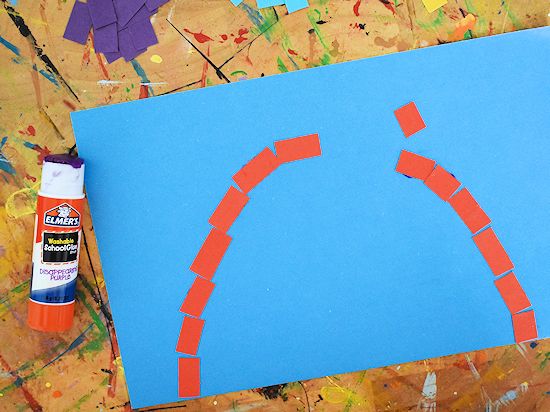 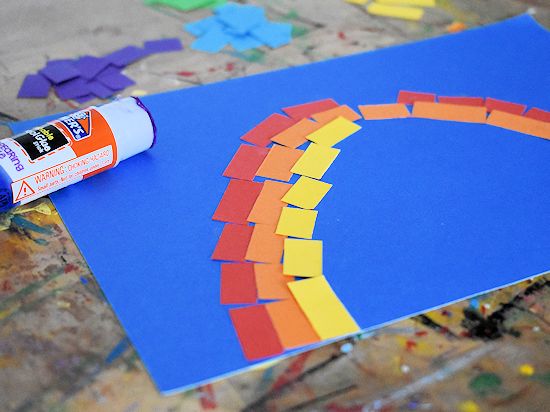 Now start forming the rainbow with the paper pieces. It’s like a puzzle, mosaic, and art piece combined. Continue with all the colors of the rainbow. 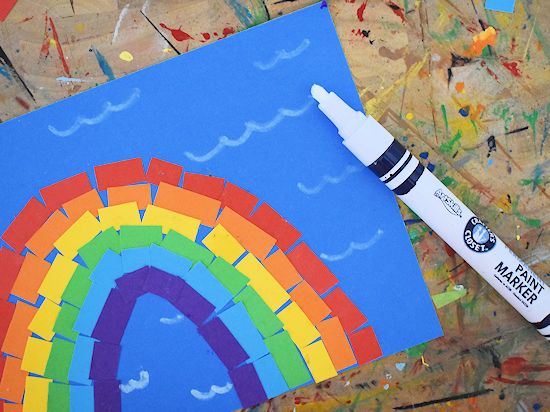 Once the rainbow is formed, draw some wavy cloud shapes with the white marker. 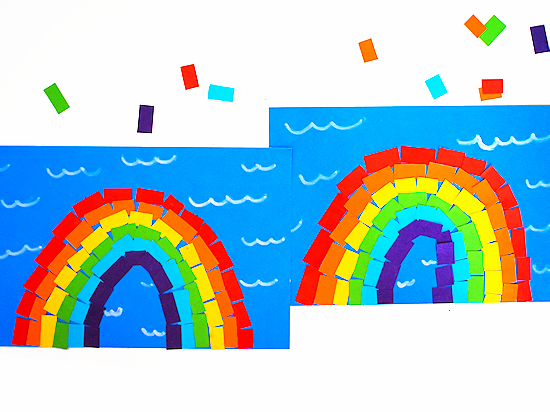 I can just imagine a pot of gold at the end of the rainbow! Speaking of pot of gold, be sure to check out more of our St. Patrick’s Day crafts at Our Kid Things! 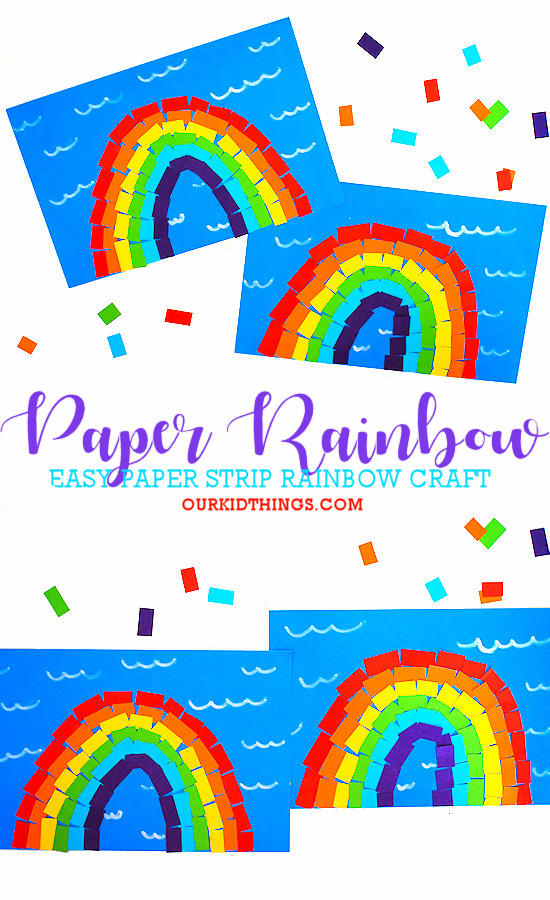