Understanding childhood mental health disorders and their symptoms is an important part of parenting. You need to know what symptoms to look out for and what approach to take if you see them in your child. Here is a simple guide to the most common disorders and the symptoms they present, as well as some information on how they can be treated. 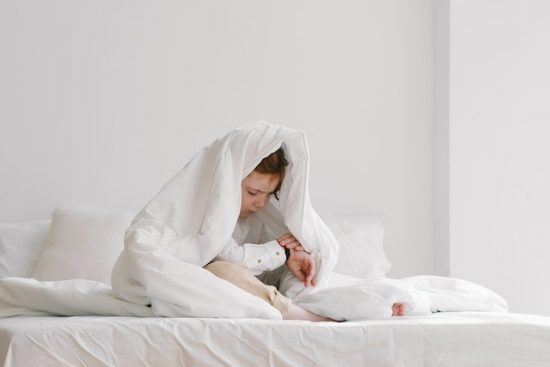 Attention Deficit Hyperactivity Disorder (ADHD)
ADHD is common in children throughout the world. It is a neurodevelopmental disorder that presents in childhood but will often continue into young adulthood and perhaps beyond. Children with Attention Deficit Hyperactivity Disorder struggle to control their impulses or pay attention to instructions. This can cause problems at school, and in their friendships.

For many parents, teenagers with ADHD can be very challenging to help. Look here for some handy tips on parenting teenagers with ADHD. With the right treatment, many symptoms can be diminished, and children begin to improve their behavior at school and home.

Obsessive-Compulsive Disorder (OCD)
This is a common disorder in both children and adults. Everyone has thoughts that can bother them, people with OCD will sometimes become obsessed with these thoughts and feel compelled to do something about them.

A child may feel they have to wear a certain pair of socks to have a good day at school, for instance. This may not make much logical sense, but to someone with OCD, it helps ease their anxiety. People with OCD will often struggle to get many things in their life completed on time, as they have to perform rituals before attempting tasks to calm their minds.

Tourette Syndrome (TS)
This disorder is affecting more and more children every year. It manifests as unique ‘tics’ that can be sudden movements, exclamations, or twitches that people who have Tourette Syndrome cannot control. Sometimes this can be a subtle movement, such as blinking repeatedly, or something more noticeable like a loud shout or scream.

Children between the ages of 5 and 10 can first start showing signs of TS, though these may be barely noticeable at first. As they begin to reach their teens, the tics can become more overt and occur more often at times of stress or when the child is feeling anxious.

Oppositional Defiant Disorder (ODD)
If your child consistently acts out, disobeys rules or instructions, and does not respect authority whether it be their parents, a teacher, or even law enforcement, they may be diagnosed with ODD. Children usually begin to exhibit signs of Oppositional Defiant Disorder between the ages of 8 and 12, which can make it hard to spot in the early stages as children around 8 begin to become more independent.

Symptoms can include constantly losing their temper, even with adults, being spiteful and resentful, and arguing with authority. Treatment is often psychological rather than pharmaceutical, though some drugs can help children to control their behavior while they learn new coping mechanisms and work through their problems with professional help.

Parenting a child with a mental health disorder can be challenging, but working with your child to find solutions to their problems can bring you closer together.