Home / Parenting / How to Recognize Signs of PDA in Autistic Children

Written and provided by Allen Brown.

Most parents struggle with their children when they try to make them do their homework, go to bed, or eat, especially if their children have special needs and require different parenting techniques to communicate with them effectively. Many autistic children can become non-verbal in stressful situations, where they communicate through behavior rather than words, which can be confusing to neurotypical parents.

If a child responds poorly to demands, no matter what the demands are, this is a sign that they fit the behavioral profile of Pathological Demand Avoidance disorder, which is considered a subtype of autism. PDA has specific symptoms that most parents and professionals fail to notice. If you suspect that your autistic child has PDA, this guide will be of help. 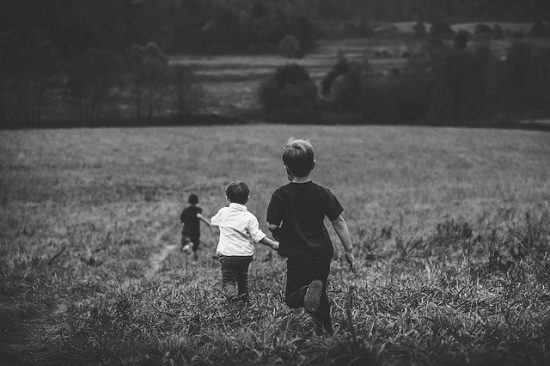 Most autistic children have an eccentric social understanding and communication skills. Children with PDA will seem to be more friendly and able to run a conversation. However, they can find it hard to comprehend different situations and how to react to them. For instance, they can be confused by a sudden change in someone’s tone of voice and can be confused by small talk, sarcasm, and any form of indirect communication.

Young people with PDA may also struggle with social identity and will change how they act when they deal with different individuals, seeing as it’s common for autistics to “mask” their identities in order to fit in. Because they express themselves differently, they may also seem to lack a sense of pride or shame.

Life’s daily demands may get overwhelming, but we will have to deal with them at some point. Children with PDA can keep avoiding a particular task by coming up with distractions. This is why you should learn about pathological demand avoidance to know the right way to deal with your child. It is as simple as changing the way you phrase your demands. For instance, instead of saying, “go to bed,” you can frame it as a suggestion. Continuing to ignore their needs and refusing to change your parenting methods may lead to aggression, and they may show unexpected violent behavior.

When not accommodated, children tend to have mood swings and throw tantrums, which also applies to autistics with PDA. Their feelings may even overwhelm them to the point of crippling their functional ability. If your autistic child exhibits such behavior, this is a sign that they’re not accommodated. So, instead of punishing them for behaving in a certain way, it’s best to keep track of the triggers that make them react in such a way and avoid them.

For instance, instead of demanding that they finish their plate, you can try out different meals and see which they’re more comfortable with eating, seeing as autistic children have sensory needs. Although it may seem to you that your child is misbehaving by refusing to eat their plate of vegetables, the texture of some foods may be the reason why they cannot comply. In short, you need to accommodate your child based on their needs and preferences instead of trying to “fix” their behavior by scolding them.

PDA can make the child have a rich imagination, so they become good at role-playing. However, this can become dangerous when the little one starts to lose a sense of who they are and starts taking different personas every day. They may also have imaginary friends and have many stories to tell. You should always encourage this creativity because it’s also an excellent way to practice social skills.

One of the most obvious signs of PDA is obsessive behavior. They can get very driven in social situations. For instance, they may get interested in one person and keep giving them an immense amount of attention to the point that it makes the other party uncomfortable. To avoid this, make sure that you’re present in any new social situations and expose your child to positive social experiences, where other children do not bully them for being different, which often results in being obsessed with anyone who is nice to them.

In other situations, they may keep asking questions about a subject, especially if the person talking is trying to be secretive, and this is because they are naturally very curious. Their demands can be overpowering to other people and highly noticeable.

Parents mostly worry when their kids are not catching up to their peers in terms of language and speaking. However, they may suddenly develop excellent language skills that no one has any idea where that came from. These children tend to mimic any word said in front of them and may form incoherent sentences by using these words. If your child is currently non-verbal, don’t try to force them to speak; they’re simply observing and will eventually develop their communication skills at their own pace.

The Behavior of a Child with PDA at School

School can be a source of distress for children with PDA since the whole system depends on asking the students to do specific tasks. Some professionals suggest that a different method of teaching should be adopted rather than any change in the curriculum. This is because the problem is not in the content but the stress and the numerous tests.

Most schools should have a therapist that focuses on kids on the spectrum and try to help them make friendships. The presence of a professional will try to save them from the wrecking effect a school has on autistic kids. Sometimes, it’s best to home-school autistic children to make sure that they’re not exposed to triggers that exacerbate their anxiety. 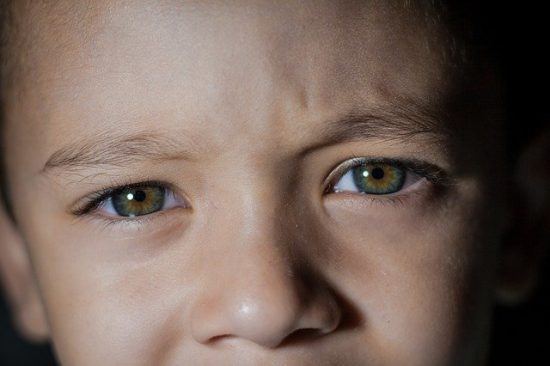 How to Parent a Child with PDA?

After getting a proper assessment for your child and becoming familiar with PDA, you should start learning how to raise your little one. You need to understand that most situations are anxiety-inducing for your kid, even if it is as small as going to the bathroom or switching from one task to another. It is more helpful if you start reading about panic attacks if you have to deal with them.

An important thing to avoid is giving orders to a young person with PDA. As long as you are demanding something from them, they will not be doing it under any circumstances. It is better to try and take their opinion on whatever task you want them to get done. After reading the above words, you may become more familiar with the signs and symptoms, so you will start communicating with your autistic child better. You can also ask for a professional’s help to determine the best course of action. Knowing how to deal with a kid with PDA will make your life and child’s life easier.