With the ground covered from the first snow of the season, it only makes sense that we’d bring you a lovely winter snowman craft. This Paper Bag Cupcake Liner Snowman Craft combines two really fun craft supplies into one magical winter scene! 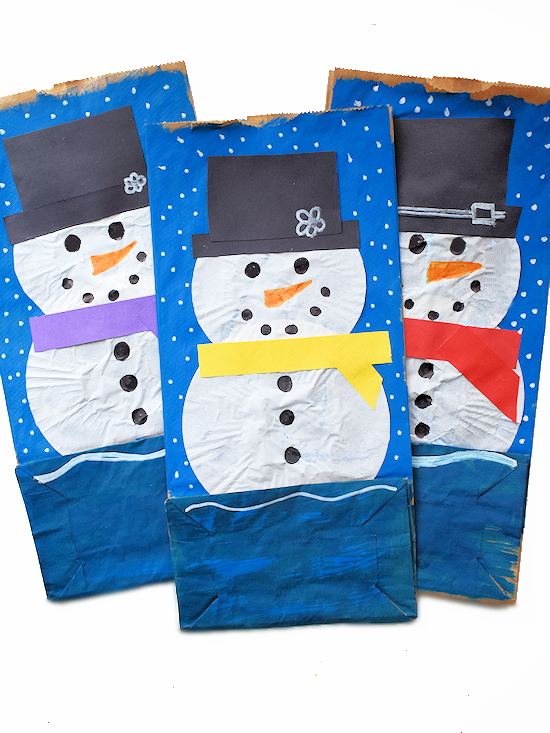 The name for this craft may be a little long, but there’s nothing that will take a lot of time with this craft. The hardest part is waiting for the paint to dry, as is the case with most crafts. Simply paint a paper bag, glue on a couple white cupcake liners, add a few quick details and you’ve made the cutest winter snowman craft. 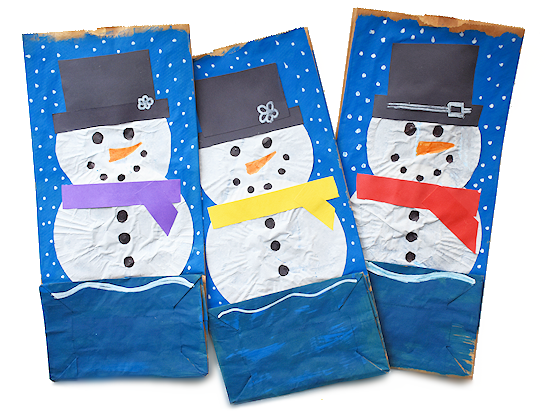 Looking for a few more ideas, too? Be sure to check out our Paper Plate Polar Bear Craft, these Pop Out Snowman Cards, our Cotton Ball Paper Plate Penguin Craft, and this adorable Paper Winter Hat Craft, to name just a few of the many winter crafts we’ve shared. 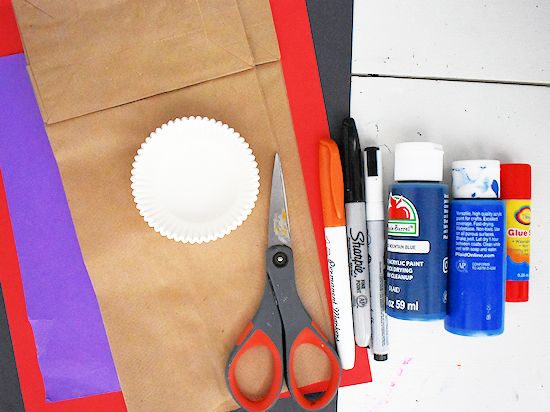 Make This Cupcake Liner Snowman Craft on a Paper Bag 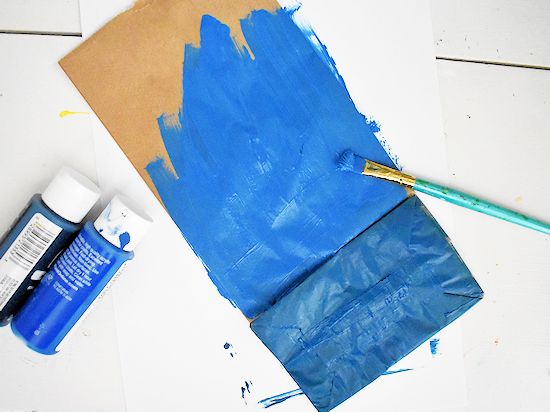 We used two different shades of blue. One shade for the flap and the other for the rest of the bag. Let the bag dry completely. 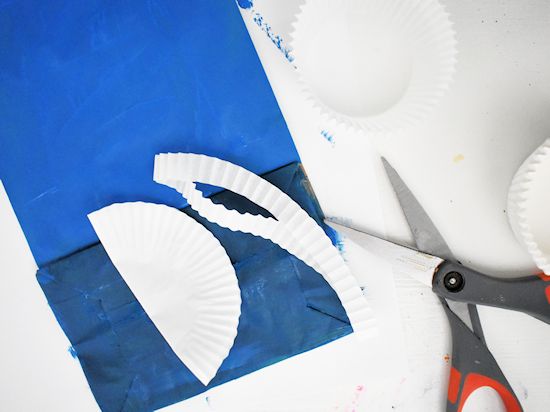 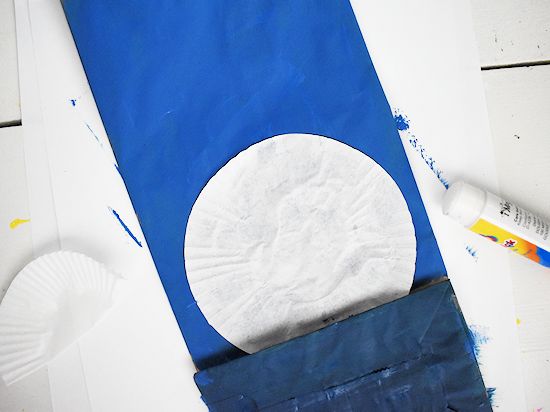 Glue the larger cupcake liner with the bottom behind the flap of the bag. 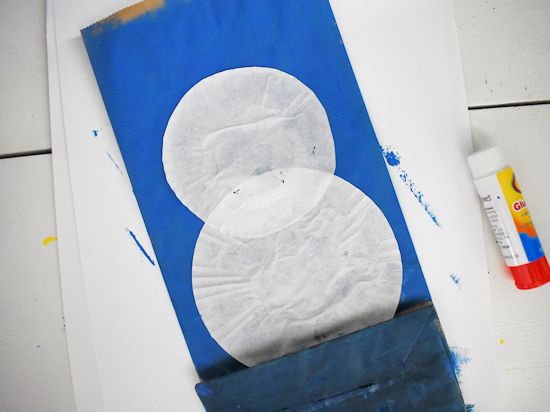 And glue the smaller liner overlapping the top of the larger liner.

Next, use the black marker to draw circle eyes, mouth, and buttons down his front. 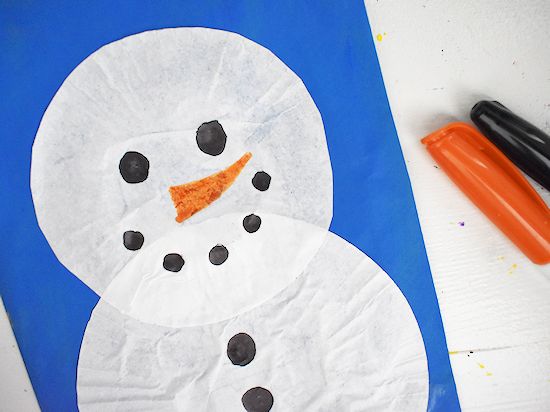 Use the orange marker to make a carrot nose. 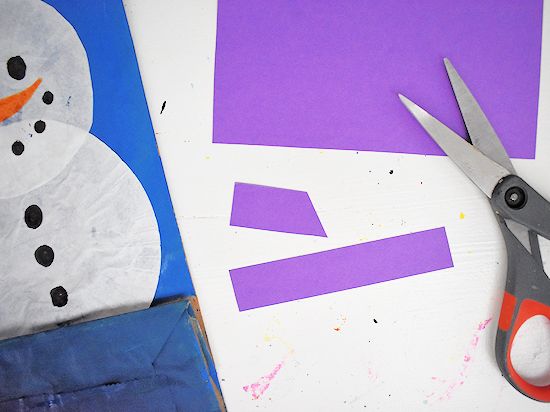 Then, cut a strip from a colored sheet of cardstock to fit across the cupcake liners. Also cut a shorter strip. 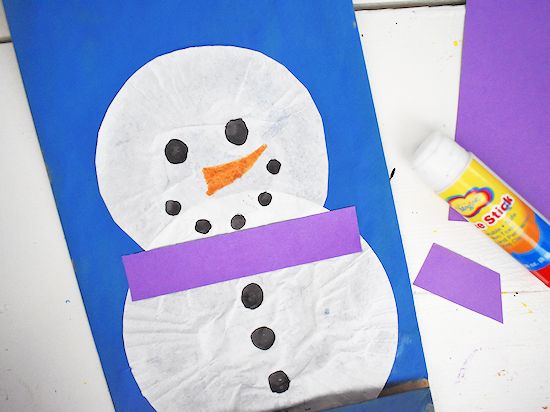 Glue the long strip across the snowman for a scarf. 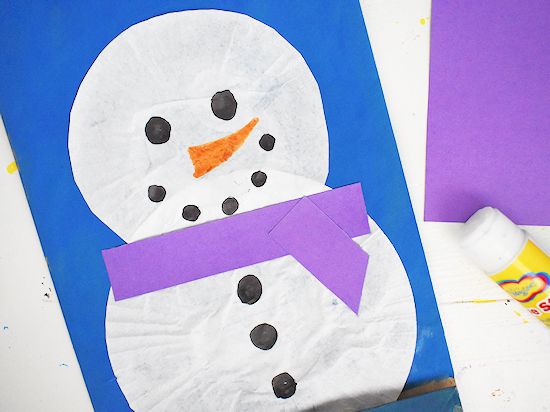 And glue the short piece coming off the long piece. 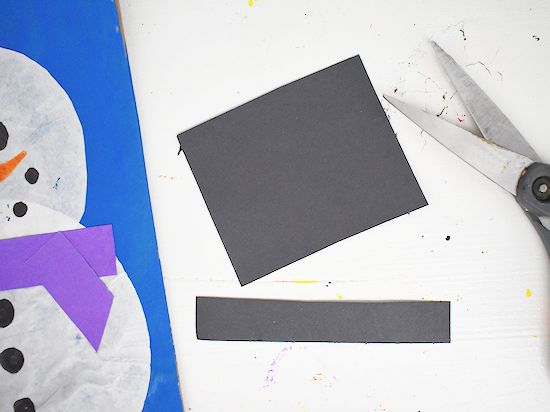 Also cut a strip from the black cardstock as well as a square-ish piece. 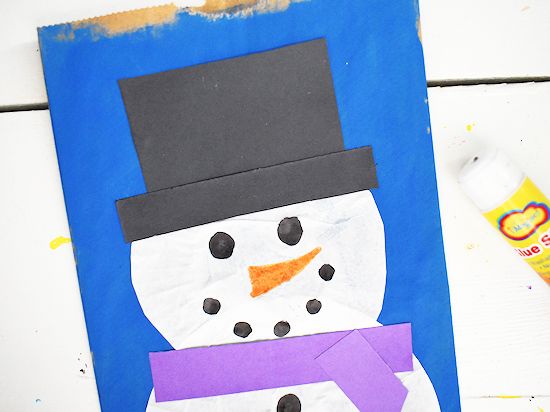 Glue in place for the hat. 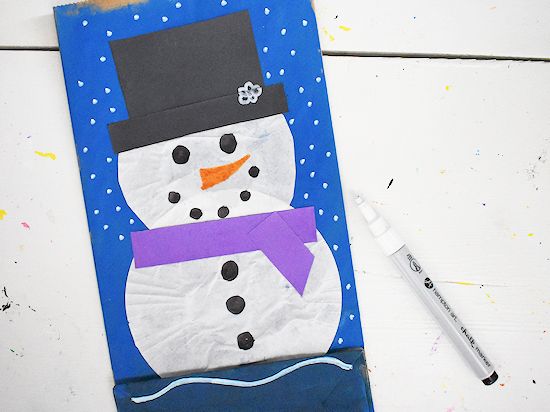 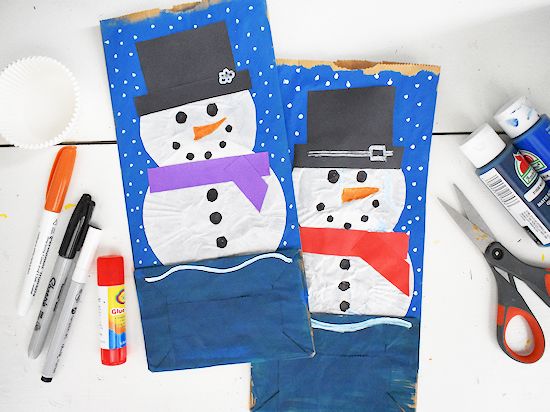 So cute! Such a magical winter snowman craft! Definitely a great way to spend an afternoon staying warm indoors when it even looks cold outside. 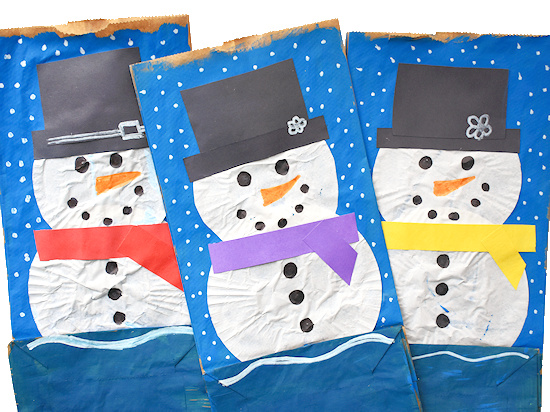 Be sure to check out more of our winter crafts for kids at Our Kid Things! 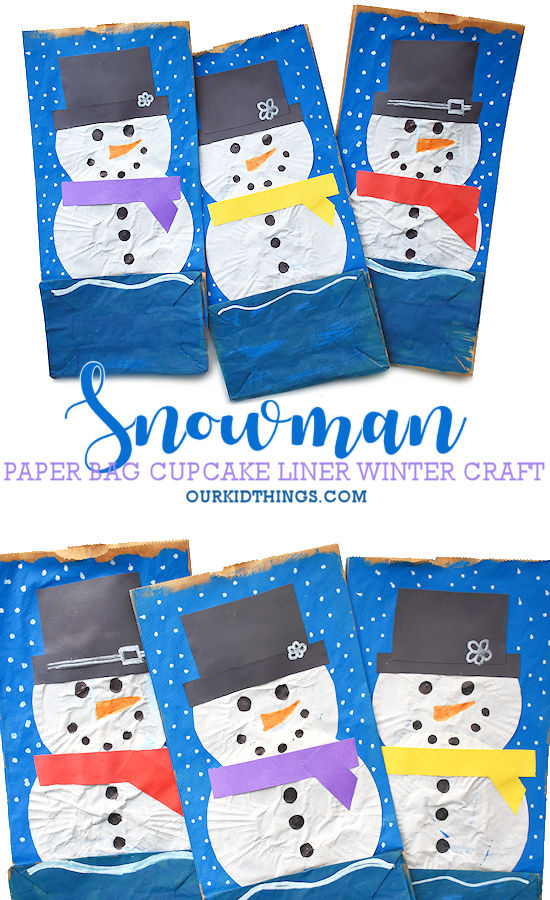